Dallas' own Robert Edsel, who has dedicated decades to saving art plundered by the Nazis, leans back in his chair, mulling the lavish tastes and twisted psyche of Hermann Göring, who had the distinction of being Adolf Hitler's second in command.

He was, says Edsel, "a prodigious looter, building his own collection."

More than 70 years after the end of World War II, Edsel is among those who refuse to forget the Nazis' crimes. His pursuit, however, carries with it a searing, single-minded focus, which is why Göring creeps lazily into view, like a fog rolling into port. 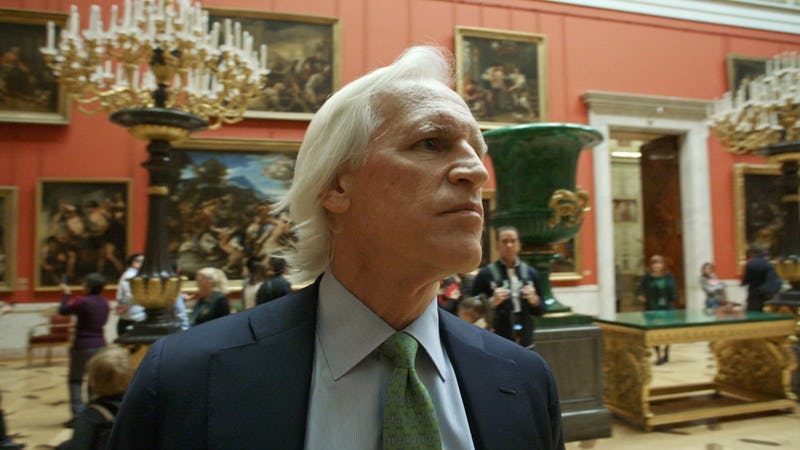 The Nazi looter is the subject of the first episode of an 8-part television series titled Hunting Nazi Treasure, which launches May 1 on the American Heroes Channel. Owned by the Discovery Channel, it represents the latest incarnation in Edsel's quest to unravel the mysteries of World War II, as they pertain to rare works of art and other cultural objects and where they've been hurled by fate.

"We go to where Göring's house was, before it was blown up by the Soviet Red Army," Edsel says, "and then track a number of paintings that he actually stole, some of which he had his hands on, selecting the works that he wanted to have during the war."

In other words, "when he was supposed to be trying to knock England out of the war, he's going on these shopping expeditions, looking at paintings."

But Göring represents only a starting point, albeit a vivid one.

"In the course of these programs," Edsel says, "we filmed on four different continents, in 14 different countries, all the way from Santiago, Chile, to Russia, to practically everything in between." 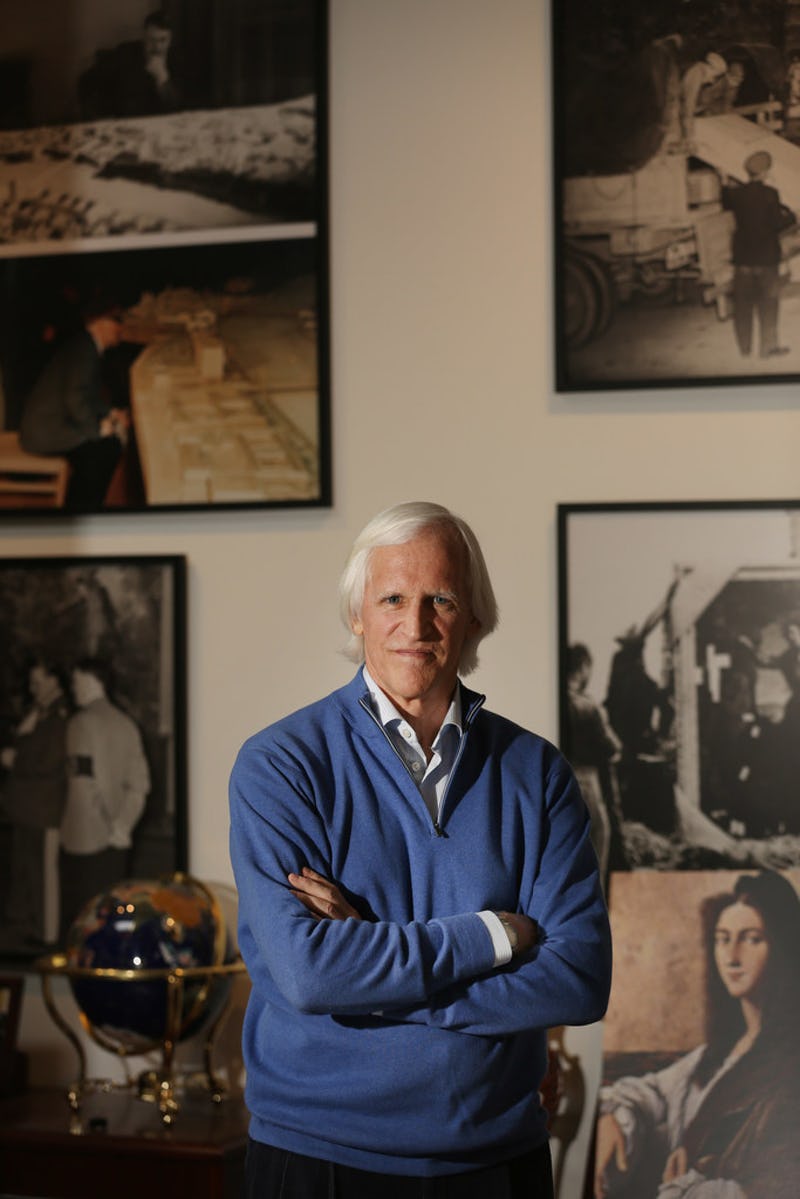 Robert Edsel is involved in a new television series titled Hunting Nazi Treasure. Edsel wrote the book The Monuments Men, which was turned into a film. Edsel was photographed in his offices at the Monuments Men Foundation in Dallas Monday April 9, 2018.

At 61, Edsel's own life has been like a house in which each room has its own identity and character. He excelled in tennis at St. Mark's School of Texas and Southern Methodist University. He went on to become an executive in the oil and gas industry, leading to the multimillion-dollar sale of his company, Gemini Exploration.

He moved to Florence, Italy, in 1996, where he developed a passion for art and architecture that energized a curiosity about monuments and esteemed works of art. That, in turn, led to a quest that by 2001 was a full-time pursuit.

In 2006, he published Rescuing Da Vinci, followed that in 2009 with The Monuments Men and published Saving Italy in 2013. He also co-produced the documentary The Rape of Europa.

In February 2014, The Monuments Men resurfaced as a Hollywood movie, starring George Clooney and Matt Damon. And in November of 2014, Edsel received the highest honor given by the Foundation for the National Archives, whose past recipients include Steven Spielberg, Ken Burns, David McCullough and Tom Brokaw.

And now, the television series, which he sees as being "really groundbreaking, in the sense that there are still hundreds of thousands of cultural treasures missing from World War II."

Edsel figures the works cover "a whole spectrum of things. If it was portable, there's a good chance it survived. If it required more than one person to carry it and we haven't seen it, it's more likely it's been destroyed. You have to think of how desperate such times were.

"At the time, people, in their resourcefulness, were taking things not as much from a theft standpoint, but as a way to bribe a customs official, or to get food to put on the tables. These were Depression-like times with war overlaying it." 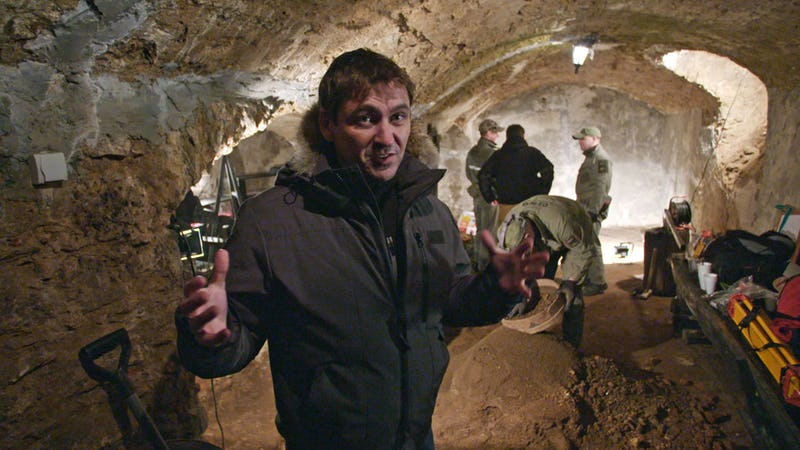 So, for Edsel, the series represents a chance in which people see something on television and it triggers a clue. Maybe a rare work missing for generations gets returned to its rightful owner.

"I see our show as America's Most Wanted for Culture. Here's a chance to ring the dinner bell for the general public. If they've got something that came home during World War II, if something is in the attic, they can contact the foundation through the toll-free number or through our website and ask us. And it may be something we can identify and find out where it belongs."

Even the remains of Hitler's home in Austria will not escape the camera's reach.

"There's still some bunkers that you can walk through down below that are unbelievably eerie," Edsel says. The cameras invaded the basement of Göring's home, "where you can still see some swastikas underground."

They interview a woman "who watched five or six of her siblings and both her parents be pulled out of a line when the train arrives in Auschwitz, and all of them were sent to the gas chamber, and she and her sister survived, by luck. She describes her role, sorting through objects in suitcases that are emptied, and the gold is taken out. Anything that can be smelted is taken out -- watches, chains, etc. She was one of the people on the production line doing that, as an inmate."

The gold was later sold to fund the Nazi war machine, a story the series covers in detail. "Where did the gold go?" Edsel asks. "How much has been recovered? How much is waiting to be recovered?"

As he says, "We're not about blame." Rather, he and his crew want to "find out who the rightful owner is and make an effort to get it back to them."

Edsel applauds Germany for trying to do providence research on its paintings, "to try to atone for this horrible black mark in history, which they bear."

Germany, he says, stands as a positive example in 2018, while Austria is "getting less worse. I think there's still this attitude among some Austrians that 'we were victims of Hitler,' when in fact, when you see Hitler return to Vienna, they're throwing flowers, not tomatoes, and welcoming Hitler as a great leader. There are still works of art in Austrian museums that the Austrian government has "made it exceedingly difficult to claim." Anne-Marie O'Connor's terrific book, The Lady in Gold, and the movie Woman in Gold, starring Helen Mirren, dealt with precisely that subject.

The show has already aired in Canada and is coming not only to the U.S., but also the United Kingdom, Germany, France and other countries. The Canadian screenings alone have led to “about 30 leads."

Edsel acknowledges that even Allied soldiers may have stolen art or precious artifacts as souvenirs by which to remember a life-shaking experience, but now, he says, perhaps the "last magnanimous step could be having them say, 'If the thing I took belongs to a museum or in a museum or to someone else it was stolen from, I want to see it go back.' And of course, that's what we like to think about Americans anyway, isn't it?"

Hunting Nazi Treasure will debut on the American Heroes Channel at 9 p.m. May 1. Those wishing to contact the Monuments Men Foundation for the Preservation of Art can visit its offices at 154 Glass St., Suite 106, in the Dallas Design District, call 1-866-WWII-ART (1-866-994-4278), email at info@monumentsmenfoundation.org or visit monumentsmenfoundation.org.