An Austrian Jewish entertainer's heirs, who recently won the rights to two Egon Schiele paintings looted by the Nazis, are asking a judge to transfer the paintings to Christie’s auction house, but their opposition is planning to appeal the original ruling. 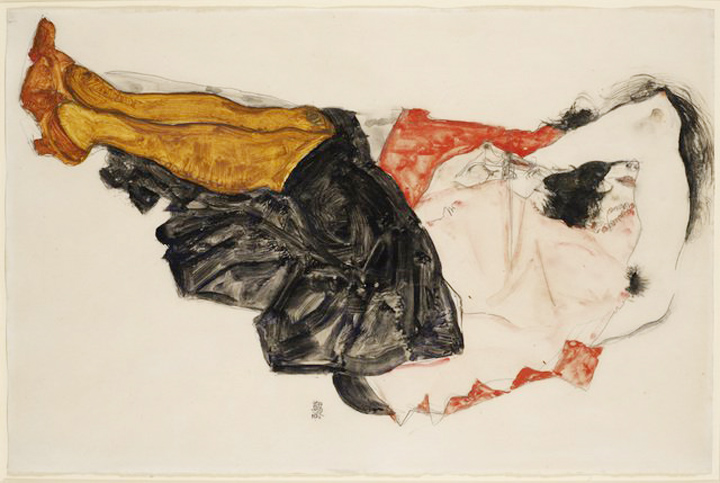 An Austrian Jewish entertainer’s heirs, who recently won the rights to two Egon Schiele paintings looted by the Nazis in the 1930s, are asking a New York judge to transfer the paintings to Christie’s auction house so that they can sell them in conjunction with the 100th anniversary of Schiele’s death.

But Richard Nagy and Richard Nagy Ltd., the replevin and conveyance case defendants—who still have possession of the paintings—are opposing the motion. Moreover, Thaddeus Stauber, the defendants’ attorney, maintains that “in the normal course” of litigation, his clients’ forthcoming appeal of the conveyance ruling should stay any order pertaining to a transfer of the paintings.

On April 5, Manhattan Supreme Court Justice Charles Ramos issued the first ruling on the merits in a two-and-a-half-year dispute over the paintings that some say could have implications for the wider fight by Jewish heirs to reclaim artwork looted en masse from their ancestors by the Third Reich. The paintings’ provenance had long been debated. But Ramos ruled that “a signature at gunpoint cannot lead to a valid conveyance,” and he directed that the paintings, “Woman in Black Pinafore” (1911) and “Woman Hiding Her Face” (1912), be transferred to the lawsuit’s plaintiffs.

He further ruled that Fritz Grünbaum, an Austrian Jewish entertainer, owned the pieces before World War II. Then in 1938 the Nazis stormed his home and sent him to the Dachau concentration camp, where he was forced, perhaps at gunpoint, to sign a power of attorney over his possessions to his wife. Ramos also cited the Holocaust Expropriated Art Recovery Act, adopted by Congress in 2016, and allowed it to guide him when considering the plaintiffs’ evidentiary arguments that Grünbaum had rightfully owned the paintings.

Still, in his decision, Ramos did not specify when or how the transfer of the paintings should happen, leaving it instead to the parties to “settle an order” transferring title.

The plaintiffs and heirs, Timothy Reif, David Fraenkel and Milos Vavra, in turn filed a proposed order with Ramos requesting that he direct the paintings be sent to Christie’s. The heirs’ intent, according to Raymond Dowd, their lawyer, is to auction off the paintings in November, shortly after the Oct. 31 anniversary of Schiele’s death.

Together the early 20th century paintings are worth more than $5 million, Dowd has said.

But Nagy, a London-based art dealer, lodged his own proposed order saying that as long as an appeal of Ramos’ conveyance ruling was timely filed, the paintings should remain with artwork transporter Dietl International, which is storing them.

Ramos has yet to rule on the proposed orders.

In an interview Monday, Stauber, a Nixon Peabody partner, also pointed out that his clients will soon appeal the April 5 ruling to the Appellate Division, First Department, and that “a notice of appeal should, in the normal course, stay [Ramos’] underlying” ruling—and, accordingly, that should trump any ruling related to the proposed orders.

Dowd, a Dunnington, Bartholow & Miller partner in Manhattan, noted that his parties’ proposed order also requests an inquest of damages pursuant to Ramos’ finding that the paintings were wrongfully converted by Nagy. He said such damages, which include attorney fees, could run in the hundreds of thousands of dollars.

Jason Grant is a New York-based litigation reporter for the New York Law Journal and Law.com, and a former practicing attorney in Manhattan.