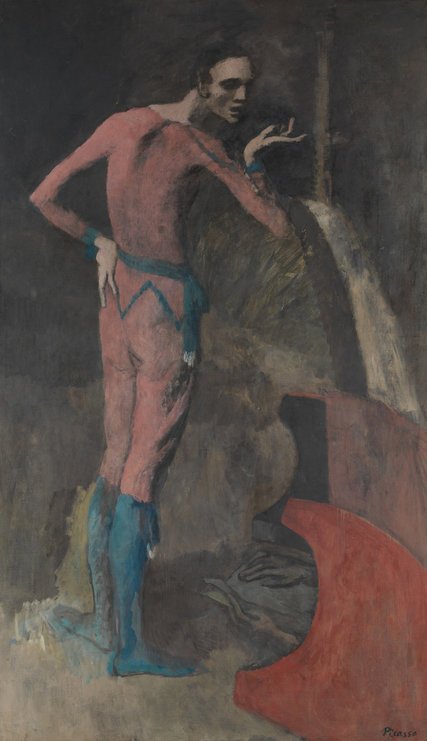 A lawsuit seeking possession of or compensation for Picasso’s “The Actor” from the Metropolitan Museum of Art was dismissed in federal court.

A judge on Wednesday dismissed a lawsuit by the great-grand-niece of a German Jewish businessman that asked the Metropolitan Museum of Art to return one of its most valuable Picassos, “The Actor.” Judge Loretta A. Preska, of the United States District Court for the Southern District of New York, ruled that the estate of the businessman, Paul Leffmann, had failed to show that he had been forced to sell the painting under duress after he fled the Nazis.

In the original lawsuit filed in September 2016, lawyers representing the great-grandniece, Laurel Zuckerman, administrator of the estate, said that Mr. Leffmann had been forced to sell his home and businesses in Cologne, Germany, before he fled with his wife, Alice, to Italy in 1937, as conditions in Europe deteriorated.

The painting was sold in 1938, before the Leffmanns moved on to Switzerland and finally to Brazil.

The lawsuit argued that the sale was made under duress to the Paris art dealers Hugo Perls, a collector of Picasso’s work, and Paul Rosenberg, Picasso’s dealer, for $13,200.

A year later, the painting was lent to the Museum of Modern Art with an insured value of $18,000, and in 1941, Thelma Chrysler Foy acquired the painting through New York’s Knoedler Gallery for $22,500 — both values were evidence, the estate argued, that the 1938 sale had been at a discount. Ms. Foy donated the painting to the Met in 1952, where it has been displayed since.

The estate argued that the museum did not hold good title to the painting because the businessman was forced to sell it at a low price.

In court papers, Judge Preska described at length the persecution that the Leffmanns suffered and the desperation they must have felt. But she ruled that the estate could not show Mr. Leffmann had been forced to sell the painting under duress because any pressure he experienced was not the fault of the buyers or the party being sued, the museum, but rather the Nazis and their allies.

“Thus, although the Leffmanns felt economic pressure during the undeniably horrific circumstances of the Nazi and Fascist regimes, that pressure, when not caused by the counterparties to the transaction (or the defendant) where the duress is alleged, is insufficient to prove duress with respect to the transaction,” Judge Preska wrote.

The Met welcomed the decision Wednesday.

“As the court clearly explained, the painting was never in the hands of the Nazis and was never sold or transferred as a result of Nazi-era duress,” it said in a statement. “It is now settled that the Met is the rightful owner of this painting, which will remain on public display for all to enjoy.”

But a lawyer for the Leffmann estate, Howard Spiegler, of the law firm Herrick Feinstein, said, “Our client is very disappointed with the decision and intends to appeal.”

The Met said in 2016 that its research showed the sale of the painting had not been the result of Nazi persecution, and that it was openly sold for a fair market price. It said Mr. Leffmann was “in a position to authorize and retain the proceeds of this sale.”

The Met said the painting’s ownership had never been questioned until Ms. Zuckerman approached the museum more than 10 years earlier. In the suit, she had sought the return of the painting, or, alternatively, $100 million.

The 1904-5 oil-on-canvas painting depicts an attenuated male figure gesturing with his right hand. The Met curators described the work as a “simple yet haunting” painting that marked the start of Picasso’s interest in “the theatrical world of acrobats and saltimbanques.”