Art Looted by Nazis Gets a New Space at the Louvre. But Is It Really Home? 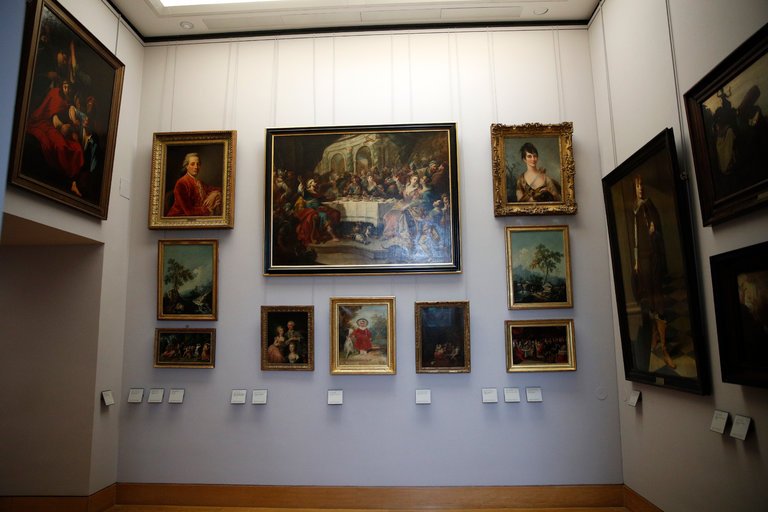 PARIS — At first, it is unclear why curators at the Louvre chose to squeeze the 31 paintings into two small rooms. Dutch landscapes sit next to German portraits. Depictions of feasts, Roman ruins, a small child with a goat seem to collide.

What ties these pieces together is not style, school or subject, but a singular history. All were looted or bought by German occupiers during World War II, then recovered and brought back to France when the conflict ended.

While France has returned tens of thousands of looted artworks and other objects to their rightful owners, many remain orphaned, including these paintings, which until recently hung in the museum’s regular exhibition spaces, with only a small bit of explanatory text on their descriptive plaques.

“It seemed to us that if we didn’t create a permanent space, we were operating as we used to in the past,” said Sébastien Allard, director of the paintings department at the Louvre, which opened a dedicated space for looted works in December. Although museums are often suspected of wanting to keep the pieces, Mr. Allard said, “our goal is clearly to return everything that we can.”

Critics, while praising the intention, say the new rooms represent a missed opportunity because they do little to further the search for the rightful owners of the paintings or their heirs.

“Museums have really undergone a cultural revolution,” said Corinne Bouchoux, a former senator who wrote a 2013 report on France’s handling of looted artwork. “We’ve gone from an era where these paintings were either hidden or forgotten, to one where this history is accepted.”

“But for the paintings that we are certain were despoiled, the real question is: What is being done to find the descendants?” she said.

An estimated 100,000 objects in France alone were looted by the Nazis or sold under duress and transferred to Germany — paintings, but also drawings, sculptures and antiquities. Many had belonged to Jewish families whose homes were raided during the Nazi occupation, or who were forced to sell art to survive or to flee the country.

But the French state kept 2,143 of them — even today, experts say it is unclear how they were chosen. The government placed them in an inventory called the Musées Nationaux Récupération, or M.N.R., and entrusted them to museums. The Louvre has 807 such paintings.

A little over 100 looted objects, including about 50 paintings, have been returned to their legitimate owners or their descendants, since the 1950s, after the first wave of restitutions. The French authorities acknowledge the pace is slow.

“If you just look at the number of restitutions, there is obviously still a lot to do,” said Thierry Bajou, a curator at the Culture Ministry who works with a small team to identify the origins of looted art by combing through museum collections and archives, and by looking for markings, notes or labels on the backs of paintings. 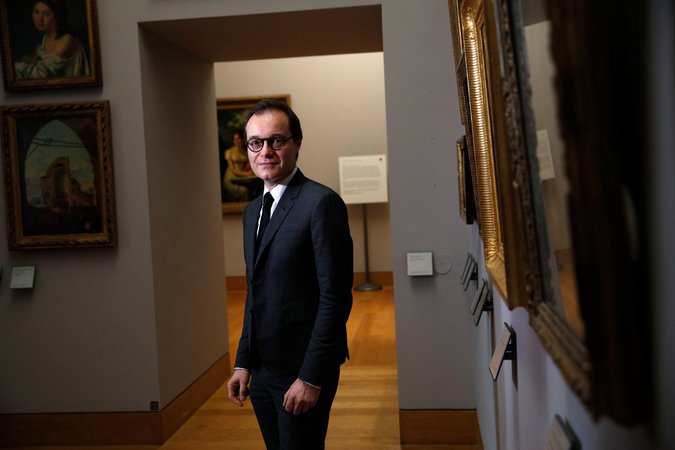 Sébastien Allard, director of the paintings department at the Louvre, has created a permanent space for art looted or sold in France during World War II, but critics say it does little to further the search for the paintings’ rightful owners.

“For a long time, the administration merely waited for the beneficiaries to claim a given work of art,” he said. “Now, we try to study the origin of the works and to identify who was despoiled at the time.”

Authorities collaborating on that effort include museums, the Culture and Foreign Ministries and the Commission for the Compensation of Victims of Spoliation, which was established in 1999 to examine reparation claims made by victims of France’s anti-Semitic laws during the war.

In 2015, the French government also struck a deal with a national organization of genealogists to help track down the heirs of despoiled families.

But French officials say the work is filled with obstacles, including the refusal of some art galleries to open their wartime archives. While some families saw their possessions looted by the Nazis, others were forced to sell their paintings, meaning the initial transaction can appear legitimate and can involve multiple intermediaries.

“We have a responsibility to give the right painting to the right person,” said Vincent Delieuvin, a curator at the Louvre who oversees looted or force-sold paintings. He said that museums did their best to retrace the history of their paintings, but that in many cases only families could provide proof that one was theirs.

An official catalog of the M.N.R. inventory was published in 2004, and a detailed online database is kept, named after Rose Valland, the French Resistance operative who kept a ledger of Nazi thefts.

Curators at the Louvre say the new exhibition rooms are another step in the effort to make information about looted artworks more accessible to the public, and to the victims or their heirs.

Some experts praised the idea — Ms. Bouchoux, the former senator, said it was “symbolically and politically positive” — but others said the exhibition rooms lacked context and failed to lay out the complex history that had left the paintings orphaned.

Emmanuelle Polack, an art historian who did her doctoral thesis on the Parisian art market under Nazi occupation, noted that the explanatory text in the exhibition rooms did not say that most of the looted artwork belonged to Jewish families.

Nor do the plaques beneath the paintings explain where and how each one was found in Germany, like the 19th-century portrait of two sisters by Jacques Augustin Pajou that was taken by the Nazi regime’s foreign minister, Joachim von Ribbentrop.

Mr. Allard, the Louvre curator, acknowledged that the plaques and an existing sign were “insufficient,” but said the museum planned to put up a larger banner at the entrance to the rooms. He also said the Louvre would look into ways of encouraging visitors to use their smartphones to search the Rose-Valland database.

Still, Ms. Polack said the Louvre had missed an opportunity to create an interactive or educational space that visitors might seek out, rather than accidentally stumble on it while in search of the “Mona Lisa.”

“What is interesting is their history, the fact that they belonged to people, that they were taken to Germany and then returned,” Ms. Polack said of the paintings. Their special interest, she added, is not in their aesthetic qualities.

“They are removed from their historical context, and so you can’t understand the enduring necessity of returning them,” she said. “They were witness to a story — tell us that story!”