The Louvre is showing Nazi-looted art in a bid to find its owners. Some wonder why it took so long.

PARIS — The two small rooms are hidden off to the side, far from the crowds that surge through France’s most famous museum in search of the Mona Lisa and the Venus de Milo. 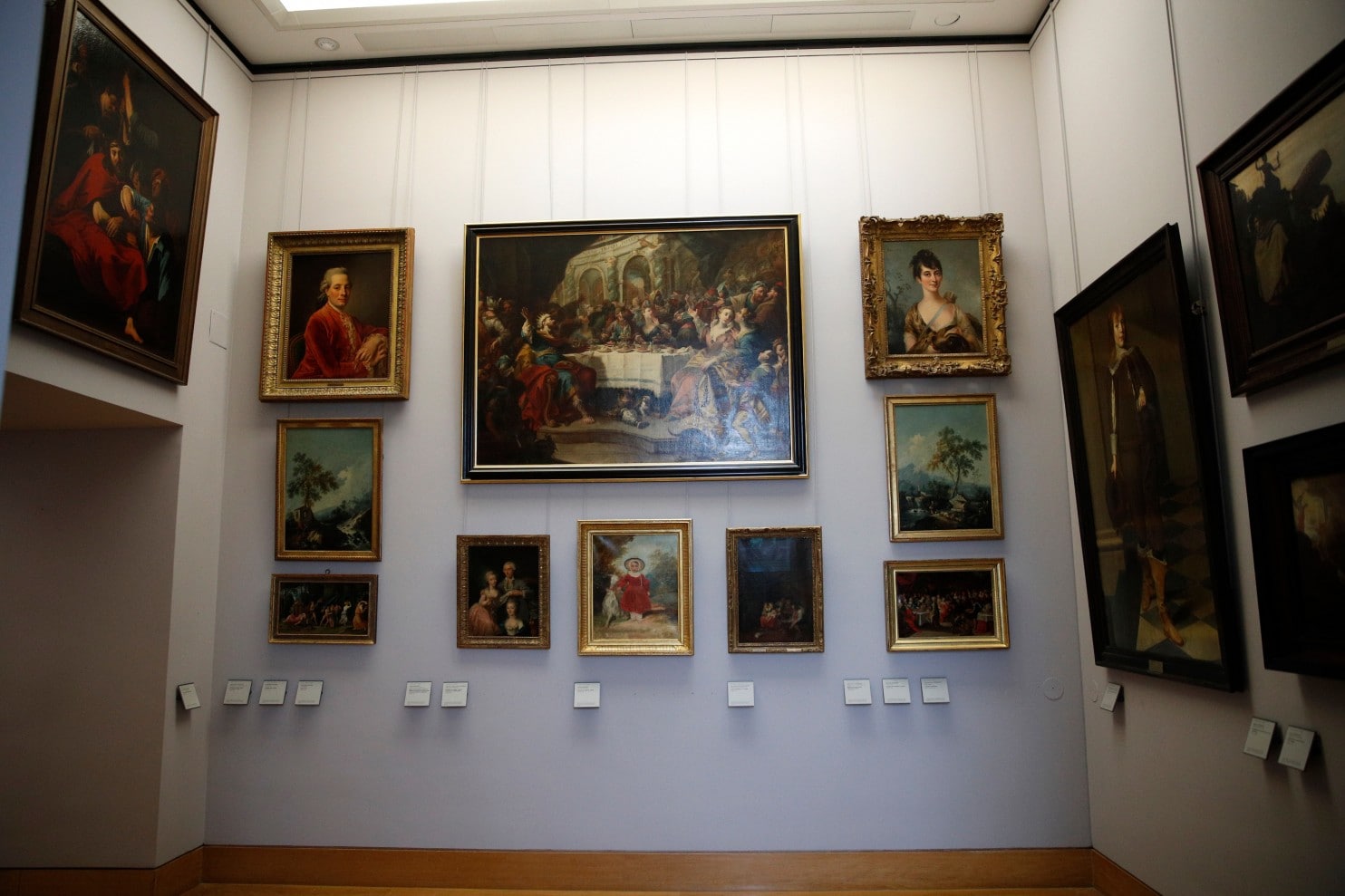 At first, it is unclear what unites the 31 paintings now on permanent display in those rooms — among them works from Renaissance Italy, the Dutch Golden Age and pre-revolutionary France. From outside, no prominent sign announces a theme, and the art is crammed into the space in a way that recalls the packed, haphazardly arranged halls of the 19th-century Louvre more than the curated galleries of today.

Nevertheless, the museum has billed the modest display as a major development in its history. For the first time since 1945, the Louvre has formally dedicated an area in which to present — together in the same space — some of the Nazi-looted artworks in its collection, in what curators are calling a restitution effort. The idea, they say, is to encourage the descendants of the works’ original owners, many of whom were probably Jewish victims of Nazi persecution, to come forward and reclaim what is rightfully theirs.

“Our objective is very clearly to restitute everything we can,” Sébastien Allard, the Louvre’s chief curator of paintings, said on a tour of the new rooms Thursday. “It’s very important that we present the ‘MNR’ works in a separate space,” he added, using the French acronym for “Musées Nationaux Récupération,” the roughly 61,000 stolen artworks that were returned to France after World War II. Of those, the government quickly returned some 45,000 works to survivors and heirs but sold thousands more to replenish its postwar coffers.

For decades, French museums — the Louvre included — have willingly displayed the remaining 2,143 works. 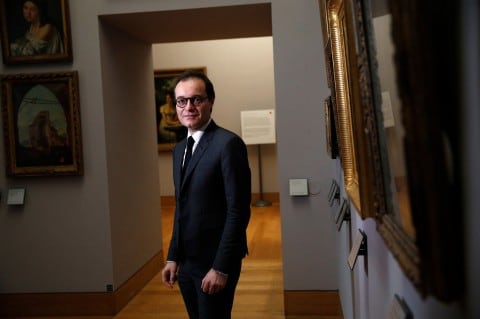 The Louvre’s chief curator of paintings, Sébastien Allard, poses among the stolen artworks. “Our objective is very clearly to restitute everything we can,” Allard said

According to the Louvre’s statistics, it still holds 1,752 MNR works, 807 of which are paintings. Of those paintings, 296 are held in the museum’s sprawling Paris headquarters, while the rest are on display in affiliated museums across France. Outside the two new rooms, other MNR holdings remain scattered throughout the museum’s permanent collection.

Restitution lawyers and activists applaud the new display, which opened in December, but dispute the assertion that its animating motive is in fact restitution. Since 1951, the Louvre has returned only about 50 of the MNR paintings in its collection, according to museum statistics. Some say that launching this project now, more than 70 years after the war, means that even fewer descendants are likely to come forward.

“This is halfhearted — I’m sorry. From the Louvre I expect more,” said Christopher Marinello, a restitution lawyer in London who has overseen some of the highest-profile recoveries of Nazi-looted art, including the 2014 transfer of Henri Matisse’s 1937 “Profil bleu devant la cheminée” from the Henie Onstad Museum in Oslo back to the heirs of its rightful owner, the Parisian art dealer Paul Rosenberg.

“This is the type of thing that should have been done in the late 1990s,” Marinello said. “The fact that this comes 20 years after the Washington Declaration is completely pathetic, especially for a museum with the funding and the stature that the Louvre has.”

At a 1998 D.C. conference, the Washington Declaration — formally the Washington Principles on Nazi-Confiscated Art — established international protocols for the identification and return of stolen art. Forty-four governments sent delegates to the gathering.

In France especially, the late 1990s also represented a turning point in a national narrative that had long avoided acknowledging the state’s wartime collaboration with Nazi Germany. In July 1995, then-President Jacques Chirac publicly apologized for France’s role in the Holocaust, and his government began examining a dark, complicated legacy in which the question of stolen art was central.

Two years later, the government launched a task force known as the Mattéoli Commission, which investigated the provenance of the MNR works in the national museums and spurred the creation of a state-run enterprise charged with researching the claims of potential victims. But some say actual progress has been slow.

“Honestly, the creation of these MNR rooms at the Louvre is far too little, far too late,” Marc Masurovsky, a Washington-based restitution scholar who co-founded the Holocaust Art Restitution Project in 1997, said in an email. “It feels like a publicity stunt, aimed at sending a message worldwide that the French government takes the ‘unclaimed’ works, the apparent residua from the Second World War, seriously.”

The reality, Masurovsky suggested, is that Louvre and government officials, in much the same way as their counterparts across Europe, have never quite focused on the most crucial task — proactively researching victims and their descendants, who may not even know what is theirs.

“If the Louvre and the French museum administration were to invest the same amount of energy into research and professional, ethical due diligence into its own collections — what some like to describe as ‘transparency,’ although there is nothing really transparent about this exercise, it simply is less opaque — we would all applaud its efforts,” he said. “But such a commitment does not exist.”

The Louvre’s Allard said that he hopes descendants will come forward but that they need to provide sufficient proof of ownership. “We have to return the right work to the right person,” he said.

Descendants who have been through the restitution process say it is far more complicated than that.

“If you fled in haste, you may not have all the pieces of the puzzle,” said Marianne Rosenberg, a granddaughter of the dealer Paul Rosenberg who has since worked to recover several of her family’s stolen paintings. Because of the meticulous records her grandfather kept, she said, her work was easier than it is for most but still faced years of bureaucratic inertia and indifference from museum professionals.

In the 1990s, Rosenberg said, she and her sister were trying to get back “Water Lilies,” a 1904 Monet oil painting that belonged to their grandfather but that was then hanging in the Musée des Beaux-Arts in Caen. When Rosenberg telephoned the museum to inquire about the painting’s provenance, a curator had a ready response.

“Oh, that came from a Jewish family who disappeared,” Rosenberg recalls being told. “That happened, you know.”