Painting Stolen By The Nazis Is Returned To Poland 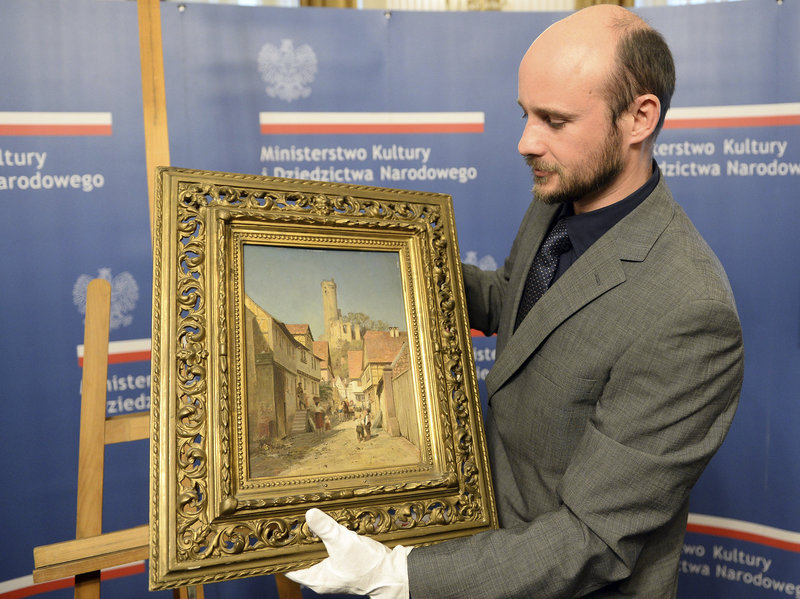 After a tip from Poland's Ministry of Culture and National Heritage, FBI agents recovered the painting in a town near Philadelphia, FBI spokeswoman Carrie Adamowski of the Philadelphia Field Office told NPR.

She said she couldn't comment on how the artwork made its way to the United States or when it was recovered. But Adamowski did say the person in possession of the painting didn't know it was Nazi-looted art and was cooperating with investigators. She also said that the U.S. Attorney's Office does not expect to file charges.

"We're just gratified that we were able to return to Poland a piece of cultural heritage," Adamowski said.

As The Associated Press reports, the ceremony "marked one of the latest recoveries of a cultural object by Poland, which saw much of its cultural patrimony destroyed or looted during the country's wartime occupation by Nazi Germany."

Representatives from museums and cultural centers across Poland celebrated the painting's return, some on social media. (Click through the links for an English translation.)

Another Polish painting of the same era was recently removed from auction at Sotheby's in London. The Sword Dance, by Henryk Siemiradzki, had been scheduled for sale Tuesday but was withdrawn following a last-minute request from the Polish government, according to Radio Poland.

Sotheby's said the decision "was dictated solely by the good of the painting and not by arguments by Poland," the broadcaster writes. 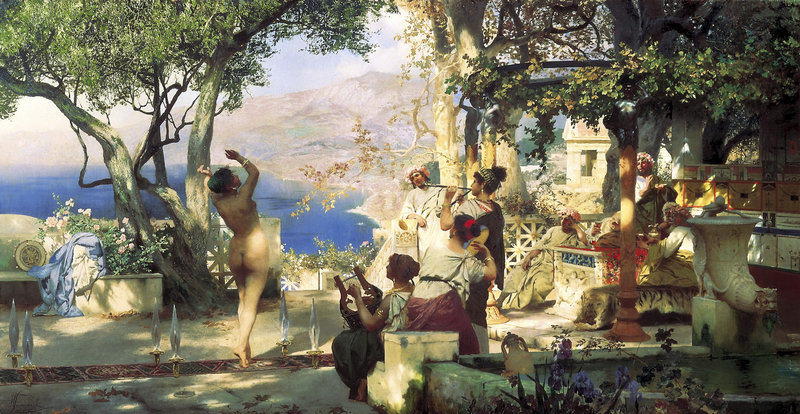 There are at least four known original versions of Henryk Siemiradzki's painting The Sword Dance. A version done in 1881 had been set to go up for auction Tuesday at Sotheby's in London but was pulled.

As of Wednesday afternoon, the painting was still visible via search on Sotheby's website, but the specific listing had been taken down. The auction house valued the painting between 80,000 and 120,000 GBP (roughly $107,000-$161,000). According to Sotheby's website, there are at least four known original versions of the painting in addition to copies made by Siemiradzki's peers.

"A Warsaw prosecutor has launched an inquiry into how the painting was taken out of Poland.

The owner of the work, a German citizen, claims it was purchased by his parents around 1960.

A preliminary investigation has revealed there is no documentation to prove that permission had been granted to take the piece out of Poland."

Glinski, the Polish culture minister, told the broadcaster that he found insufficient evidence to support these claims. Another version of The Sword Dance previously sold at Sotheby's for more than $2 million.