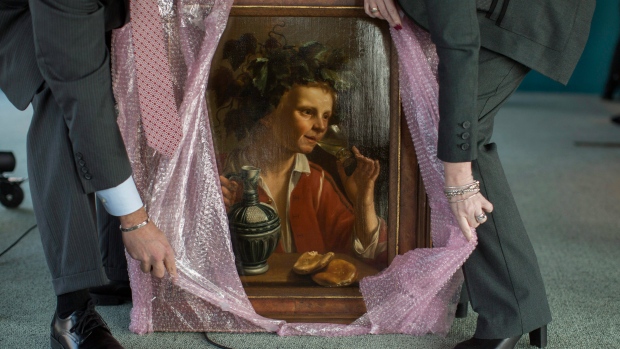 In February 2017, FBI agents unwrap "Young Man As Bacchus" by Jan Franse Verzijl which was formally returned to representatives of the Max and Iris Stern Foundation.

The sudden cancellation by the city of Düsseldorf of an art exhibit on Max Stern's life and work has prompted disappointment and raised questions from Montrealers involved in the project.

"A bolt from the blue that has shocked and amazed and outraged all of us connected with the project," Concordia University history professor Frank Chalk told CBC Montreal's Daybreak.

The exhibit, which was three years in the making, was dedicated to the famous Jewish art collector who was forced to flee Germany during the Nazi regime. Stern settled in Montreal, where he became director of the Dominion Gallery of Fine Art and championed the work of Canadian artists.

The exhibit was supposed to open in Düsseldorf, Germany, where Nazis made Stern close his influential gallery and forced him to put up his works for sale while others were taken by the Gestapo.

It was then to tour Haifa, Israel and Montreal in 2019.

But instead the art exhibit was abruptly cancelled over restitution claims.

In a statement, the city of Düsseldorf said the exhibit was cancelled "owing to a number requests for information and restitution relating to the Max Stern Gallery, which were addressed to German museums and are currently under examination." 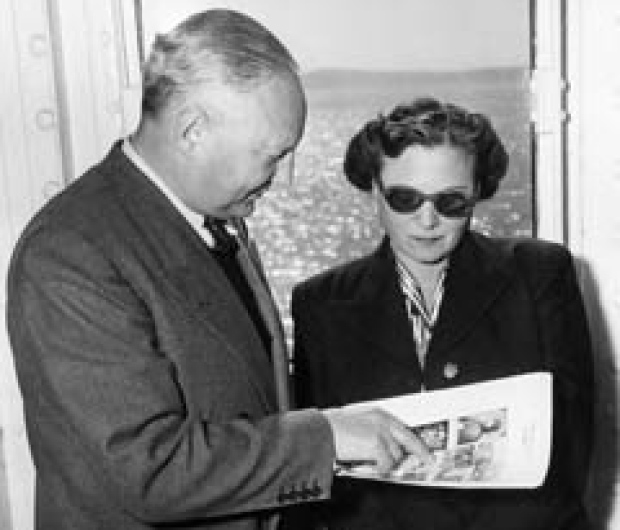 Max Stern and his wife, Iris, shown in 1952, pursued the art collection he was forced to sell from his family's Dusseldorf art gallery in 1937.

The city added that its possession of the work "The Artist's Children" — for which there is a restitution request pending — did not play a factor in its decision.

Chalk, for his part, called the reasoning "ridiculous." He said there is a dispute over the painting in question and that there was "certainly pressure brought to bear on the mayor of Düsseldorf."

"It seems at the very last minute, he got cold feet," he said.

The Max Stern Restitution Project, which is based at Concordia University, has recovered at least 16 paintings since its inception in 2002. Project co-ordinator Clarence Epstein has said it has been estimated that up to 400 works of art are still missing.

A 1st for the McCord Museum

The president of the McCord Museum, where the exhibit was supposed to be on display in February 2019, said she learned the news the same day the catalogue was on its way to be printed.

The cancellation came as a shock to Suzanne Sauvage, who said it was a first for the museum.

"It's something that's out of our control completely and I've never seen before with such an advanced project that it would be cancelled just like that," said Sauvage. 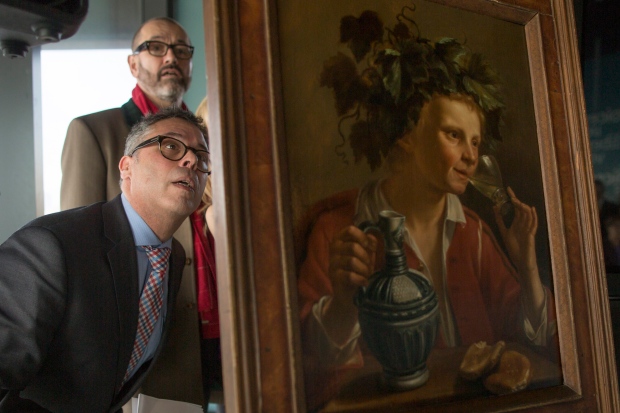 Clarence Epstein, director of the Max Stern Art Restitution Project, inspects the back of "Young Man As Bacchus," which was returned to the representatives of the Max and Iris Stern Foundation in 2017.

While Düsseldorf's sudden pulling of the plug is upsetting for those who worked hard to pull it together, she said that it's also a lost opportunity for Montrealers.

"It's a big disappointment for us because Max Stern — for us and for Montrealers in the cultural milieu anyway — is a very important figure," she said.

"And I was happy to tell his stories to another generation of people who might not know of him, you know a younger generation of his work and what's he's done for the artists in this city in his period, in his time."

Düsseldorf's offering of a symposium in lieu of an exhibit on Stern is also not being welcomed by those who put their time and efforts into the project.

"This symposium is a last minute sop that we never heard about before which is clearly designed to soak up the energy that's already been invested," said Chalk.