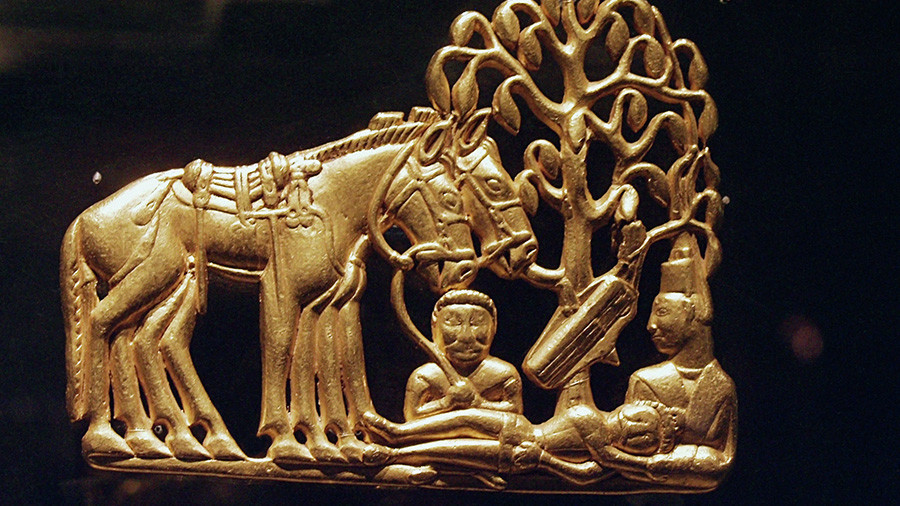 Russian Culture Minister Vladimir Medinsky has described a decision by a Dutch court not to return a collection of Scythian gold to Crimea as a “most dangerous precedent,” and threatened to sever all museum ties with the Netherlands.

“If this ruling comes into force, I would have no right to sanction any exhibitions in the territory of the country that creates the most dangerous precedent regarding the confiscation of cultural treasures,” Medinsky said during an interview with RIA Novosti.

The minister was reacting to a decision by a court not to return 500 Scythian gold artifacts, which Dutch museums had borrowed from Crimean collections.

“We are talking about an unprecedented alienation of museum values. This can only be compared to lootings dating back to Napoleon’s Italian campaigns, or to those during the times of Nazi aggression. I think that the Dutch court ruling was absolutely politicized. It destroys the very system of exhibition exchange,” he stated.

Medinsky explained that the artifacts in question had been discovered, studied and stored in the territory of Crimea, and all norms of international law were on the side of Crimean museums.

The exhibits of Scythian gold were delivered from several Crimean museums to the Allard Pierson Museum in Amsterdam in February 2014, shortly before the Crimean Republic reunited with the Russian Federation following a referendum that attained almost universal support.

The Crimean museums subsequently demanded the return of the collection, but so did the Ukrainian Culture Ministry. In December 2016, a court in Amsterdam ruled that the Scythian gold should be sent to Kiev, but the Russian side appealed the decision and it has yet to come into force.

In January this year, Crimea’s Culture Minister Arina Novoselskaya told Interfax that the Scythian gold collection was insured for €2 million ($2.35 million), but said the value was approximate, as many of the artifacts could fetch much larger sums if they were auctioned. In addition, she said that some of the rarest pieces were priceless and could not be valued in monetary terms.

Russian officials have repeatedly condemned the ruling as a dangerous precedent that threatens the whole system of international cultural exchange. The Russian Foreign Ministry said in a statement that the decision on the Crimean Scythian gold collection “contradicted fairness and justice.” It added that the decision “destroys the Hague’s ambitions to become the legal capital of the world.”