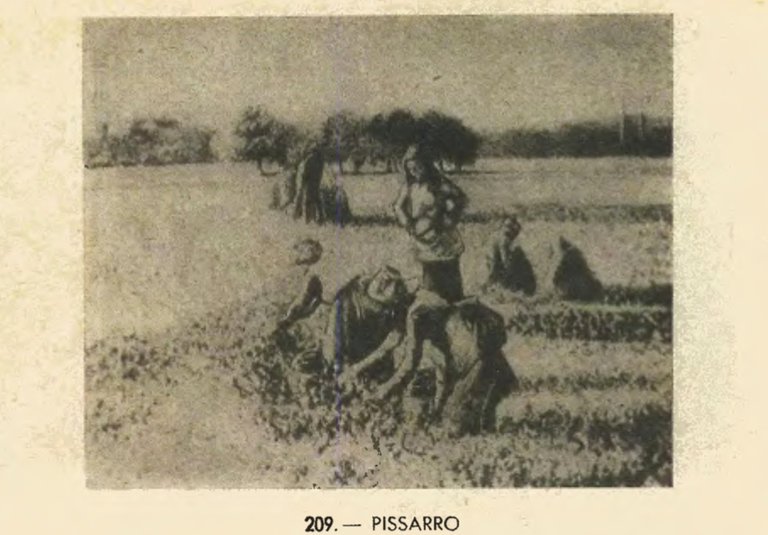 Pissarro’s “La Cueillette des Bois” (“Picking Peas”), which was seized more than 70 years ago in France, is to be returned to the descendants of its original owners, a French court has ruled. Credit French Culture Ministry

A court in Paris ruled that an American couple must return an Impressionist masterpiece by Camille Pissarro to the descendants of a Jewish art collector whose trove was looted by the French Vichy government.

“La Cueillette des Pois,” or “Picking Peas,” belonged to Simon Bauer, who was detained during World War II in the Drancy internment camp near Paris. When he returned to Paris, he found his art collection had been confiscated. Before his arrest, aware that his collection was in jeopardy, he made a detailed list of 93 pieces of art he owned. On the basis of this list, and his memory of the painting hanging in his grandfather’s Paris apartment, Mr. Bauer’s 88-year-old grandson Jean-Jacques recognized the work hanging on the wall of the Musée Marmottan Monet when it came to Paris for an exhibition last spring.

As is often the case with looted art, the painting’s provenance is complicated and obscure. According to court documents, the work was seized by the Vichy government while Mr. Bauer was held at Drancy. Sold by the Vichy art dealer Jean-François Lefranc, it then passed to a number of buyers including a collector who sold it at Sotheby’s to an anonymous buyer in 1966. The American couple who the French court has ruled must return the painting, Robbi and Bruce Toll, bought it for $800,000 at a public sale organized by Christie’s in 1995.

“It is surely not up to Mr. and Mrs. Toll to compensate Jewish families for the crimes of the Holocaust,” Ron Soffer, the Tolls’ lawyer, said in a telephone interview. “They are of course very disappointed that they can’t get the painting back. Even though it ruled in favor of the Bauers, the court made it clear that under no circumstances could anyone say the Tolls were not in good faith” when they bought the painting.

Cedric Fischer, a lawyer representing the descendants of Simon Bauer, said by telephone that the decision was just. “I think that the French court has applied the natural law,” he said. “It is justice. And I think that Mr. and Mrs. Toll may bring actions against Christie’s or against the precedent owner of the painting, and it may be possible to recover their money.”

Asked why it had not detected that the painting was looted, Christie’s responded with a statement: “We think this case raises many important Holocaust restitution issues. We understand that today’s decision is being appealed and we will follow the outcome of this case with interest.”

egarding the same question, Sotheby’s said, “At the time the painting was sold through Sotheby’s in London in 1966, the art world was not as sensitized to the issues of art displaced in World War II as it is today and there were few, if any, resources available to researchers in the field.”

“It was not until the Washington Conference of 1998 that international guidelines for identifying and restituting confiscated art were established,” Sotheby’s said. “In 1997, Sotheby’s became the first international auction house to establish a restitution department dedicated to researching the provenance of works that may have been confiscated or have gone missing between 1933 and 1945.”

The Tolls plan to appeal the ruling. Until then, the painting will be held at the Musée d’Orsay in Paris.

Nicholas O’Donnell, a lawyer and expert in the restitution of looted art, said in a telephone interview that cases in which paintings cross international borders are particularly complicated. “With movable property like paintings, you get multiple transfers of possession or ownership in the intervening decades since the war, and those transfers happen in places with different kinds of laws,” he said, adding, “It’s a very different world now than it was in 1995.”