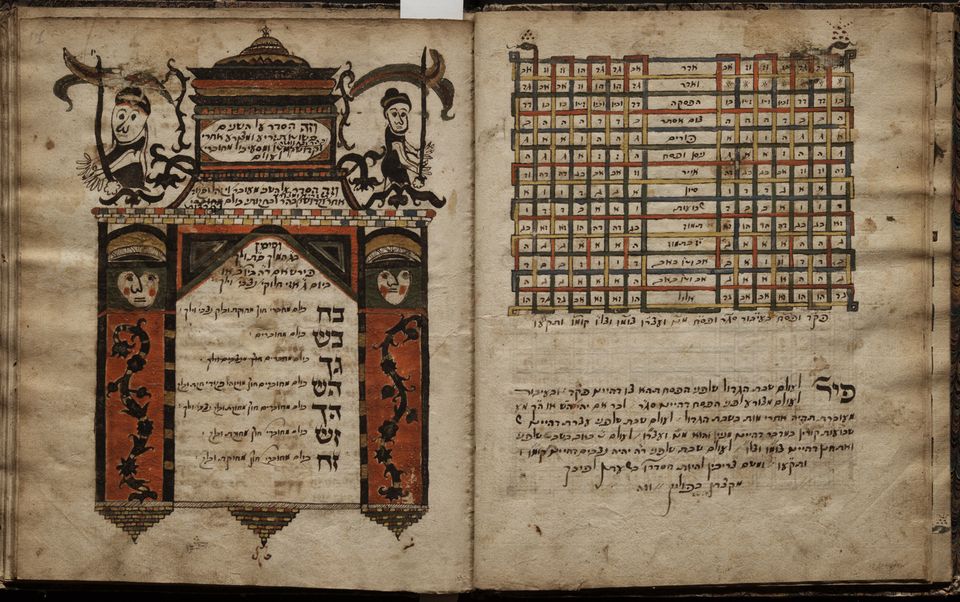 A spread from the Evronot (Book of Intercalations) (17th century)

In an historic agreement signed today (7 November) between Russia and Israel, one of the most important private collections of Hebrew manuscripts and books in the world is being digitised and shared with the National Library of Israel in Jerusalem.

The Gunzburg Collection, consisting of more than 14,000 books and 2,000 manuscripts, has been housed at the Russian State Library in Moscow since around 1920, but Israel has long contested Russia’s ownership.

“Even before the State of Israel, there were many attempts to persuade the Soviets to bring [the collection] to Ottoman Palestine. Albert Einstein spent a lot of time trying to persuade them,” says Aviad Stollman, the head of collections at the National Library of Israel.

The current deal, which will allow the public to access online biblical texts, prayer books, mystical works of Kabbalah and books of Jewish and Aristotelian philoso­phy, is the result of negotiations between the Israeli prime minister Benjamin Netanyahu and the Russian president Vladimir Putin. The project is supported by the Moscow-based Peri Foundation and the British investment banker Jacob Rothschild.

“Putin and Netanyahu have been speaking about this issue in the general bilateral talks over the past few years,” Stollman says. “Around five years ago, when Netanyahu went to Russia, he wrote to us saying that he had raised the issue and asked the Russians to digitise the collection as the first step.”

The collection was amassed by three generations of the Gunzburg fam­ily in Europe at the beginning of the 20th century. Begun by Joseph Gunzburg (1812-1878), the family acquired manuscripts from various sources, including the estates of deceased scholars such as Seligmann Baer, Eliakim Carmoly and Nathan Coronel.

In 1910, after the death of Joseph Gunzburg's grandson Baron David Gunzburg, the Zionist movement expressed an interest in buying the collection, Stollman says. But the purchase wasn't made until 1917, between the two revolutions in Russia. “They were unable to transfer it to Ottoman Palestine because of the First World War,” Stollman says. “By the time they got their acts together the Soviets got hold of the collection, moving it from St Petersburg to Moscow.”

The addition of the digitised Gunzburg Collection marks a significant milestone in the renewal process of the National Library of Israel, which is moving in 2021 to a new Herzog & de Meuron-designed building located steps from the Knesset in the heart of Jerusalem.

Stollman says the question over ownership of the Gunzburg Collection still lingers, but that today’s deal is an important first step. “I hope eventually [the collection] will come to the National Library of Israel, but in the meanwhile the most important thing is to digitise it and make it accessible.”