A French court has ordered the return of a painting by French impressionist Camille Pissarro to the descendants of a Jewish art collector whose property was seized by the French collaborationist government during the World War II German occupation. 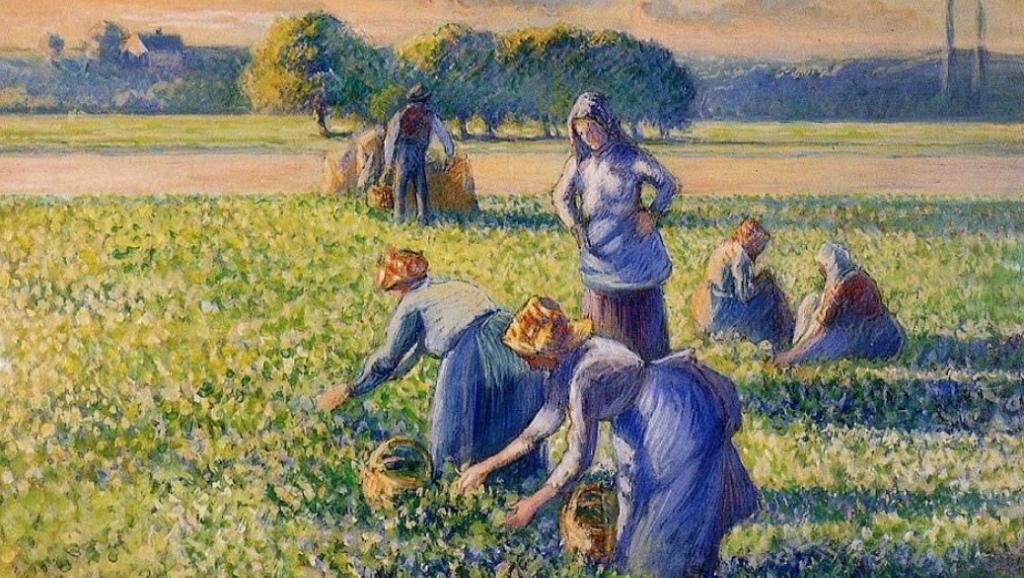 The court ruled in favour of relatives of Simon Bauer, who had petitioned for possession of La Cueillette des Pois (Pea Picking) after coming across it in a retrospective of the artist's work in Paris in 2017.

A court ordered the work to be impounded awaiting judgement in May.

Bauer was dispossessed by the anti-Semitic French government in 1943.

He escaped deportation to a concentration camp due to a train drivers' strike, recovering some of his collection and receiving compensation after the war.

But he never received La Cueillette.

Out of 650,000 stolen pieces, about 100,000 had not been returned by 2009, according to figures released at that year's Holocaust Era Assets Conference.