A 17th-century masterpiece that has hung on the wall of the Lord Mayor of London for 30 years is back with its rightful owner after it was discovered to be Nazi loot.

The Oyster Meal by Dutch master oil painter Jacob Ochtervelt was stolen from a bank vault in the town of Arnhem during the dying days of the Second World War.

It would eventually end up in the hands of property developer Lord Harold Samuel, who bequeathed the painting to the City of London when he died in 1987.

The £1.5million artwork took pride of place inside the Lord Mayor's official residence at the Mansion House, until earlier this year when researchers discovered its history.

Today it was finally handed back to the family of its original owner, Dr Smidt van Gelder, a Dutch art collector who tried in vain to keep it from Nazi looters.

His daughter Charlotte Bischoff van Heemskerck, 96, said the recovery of the painting had been 'a collective effort'.

She told the Evening Standard: 'This painting was one looted from our family during the plunder of Arnhem which impacted so many families in our community.

'For me, its return is representative of the co-operation between the Allies, which helped save our way of life so many years ago.

'Although it is a bittersweet recovery in the context of the great devastation and loss of the war, it is very meaningful to my family, and we are delighted to bring it home again to honour my father's legacy.'

Lord Mayor Andrew Parmley said it was 'entirely right' that the painting was handed back, adding that a replica would replace it in the Mansion House's collection.

Its history was traced by the Looted Art in Europe foundation, which established that it had resurfaced for the first time when it was sold in Switzerland in 1965.

Records held by Harvard University suggest that it was homed at the Gallery Peiffer in Dusseldorf during the 1950s. 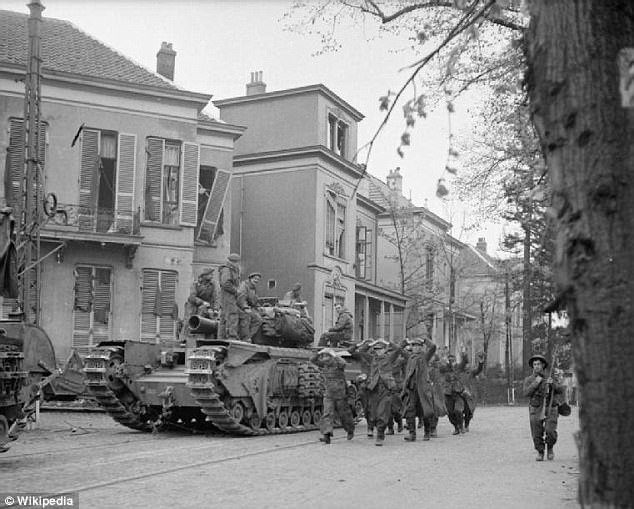 German prisoners of war are marched past a Churchill AVRE tank by British soldiers shortly after the end of fighting at Arnhem, Netherlands

Researchers believe it may have been offloaded to the gallery by Nazi commander Helmut Temmler, who had ordered the Arnhem bank raid and lived in Dusseldorf.

Six years later, it was bought by Lord Samuel, who specified in his will that all of his works remain at Mansion House in perpetuity.

However the family of the avid collector of Dutch paintings agreed to waive the agreement on hearing of the artwork's past.

Last year, an American man was stunned to learn that a 17th-century painting that had been hanging in his kitchen for a decade had been looted by the Nazis.

Craig Gilmore was greeted by Homeland Security agents at his Los Angeles home, who told him that his Portrait of a Lady artwork had been plundered from Poland.

Gilmore and his partner David Crocker had purchased the artwork at an auction house in New York, and it was later returned to the Polish National Museum. 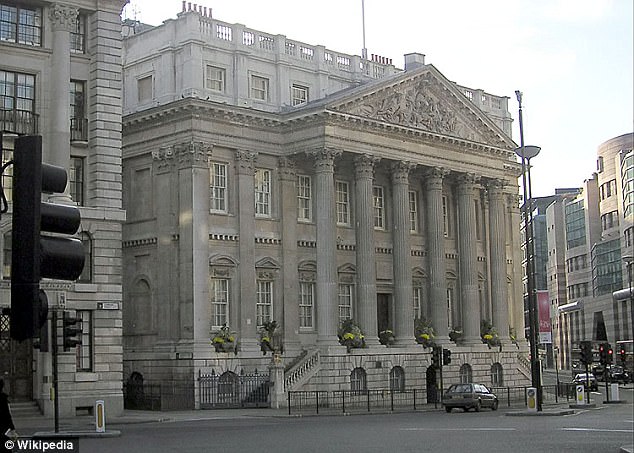 The £1.5million artwork took pride of place inside the Lord Mayor's official residence at the Mansion House (pictured), until earlier this year when researchers discovered its history