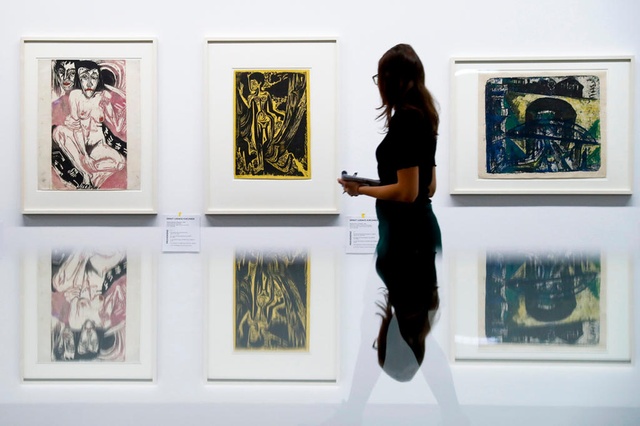 An exhibition opening in Bern on Thursday puts on show works of art forcefully taken from museums in Germany by the Nazis and classified as ‘degenerate art’. Visitors can see pieces from the controversial Gurlitt collection, left to the museum by the son of a Nazi art collector. 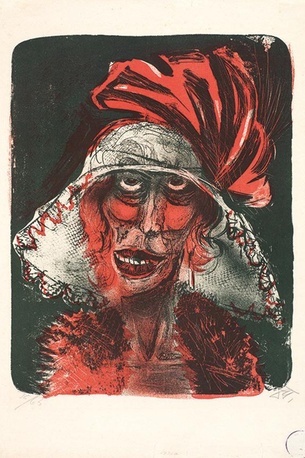 When Cornelius Gurlitt was found carrying €9,000 (CHF10,473) in cash by customs officials on a train heading from Zurich to Munich in 2010, no one could have expected the turns the story would take from there.

The amount was below the legal limit but it raised enough suspicions for German police to raid Gurlitt’s home in 2012.

The reclusive son of one of Hitler’s art dealers, his flat contained thousands of priceless works of art. Their discovery began a chain of events, eventually leading to the exhibition which opened Thursday at the Museum of Fine Artsexternal link in Bern.

The story behind the tainted treasure trove going on display is complex and extraordinary.

What’s in the exhibition?

On display are around 150 original works of art from the Gurlitt collection. There are some paintings, as well as works on paper representing various artistic movements including symbolism, expressionism and constructivism. The works are on show to the general public for the first time, and each piece is shown with basic information about where it came from.

None of the works in Bern have open questions concerning whether they were forcibly taken from Jewish families during wartime Germany.

All of the art in the Bernese exhibition originally came from various museums; the pieces were confiscated by the Nazis for being what they called “degenerate artexternal link”, a term used by Hitler’s party to describe modern art for being supposedly “un-German”, Jewish or Communist.

A closely connected exhibition at the Bundeskunsthalleexternal link in Bonn, Germany will show works from Gurlitt’s collection taken from private owners by the Nazis and pieces whose provenance – or original ownership – has not yet been clarified.

Nina Zimmer, director of the Museum of Fine Arts in Bern, said at a press conference on Wednesday that the curators’ main aim was “to present the pieces as artworks in their own right and not just utilise them to illustrate historical events”.

Figuring out provenance: a giant task

A mark left behind where something has been rubbed out, or the trace of a rubber stamp are often the only clues provenance researchers at the museum have to find out from which museum the artworks had originally been taken by the Nazis. 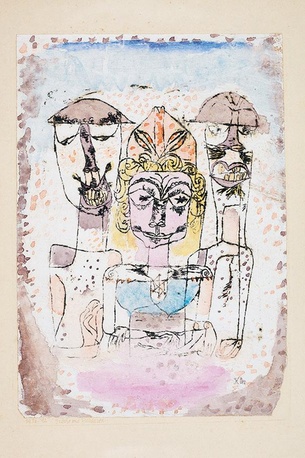 “On the backs of some of the works there are traces of something that has been erased, rubbed out,” explained Doll. “The works had been manipulated by the previous owners, the Gurlitt family. We want to find out at least where they had been confiscated from.”

She explained how technical researchers use lights and microscopes to try to identify almost invisible hints of marks on the backs of art. They then contact museums and collectors and ask, as in one case, if a small red stamp mark, a few centimetres in diameter, is something that would have been on a work from their collections in the past.

This detailed investigation enabled the team to fill in the gap in the provenance of the work “Soldaten in Tolmein”, a colourful drawing by Oskar Kokoschka and a piece now on display in Bern.

A dispute over Cézanne

One painting in the collection, Paul Cézanne’s “La Montagne Sainte-Victoire”, is currently at the centre of a dispute, with the descendants of the artist claiming ownership, although researchers have already declared it not looted.

Marcel Brülhart, vice president of the foundation for the Museum of Fine Arts and the Paul Klee Centre, said on Wednesday that his institution accepted the Gurlitt estate because “it wanted to take on the responsibility associated with it”. Specifically concerning the Cézanne painting, he later told swissinfo.ch, “We don’t know how it came to be in the possession of Gurlitt. It’s a question of provenance but not of looted art. That’s why we’re in talks with the Cézanne family.”

At the end of the year the full report on provenance research into the Gurlitt collection will be published by the German Lost Art Foundationexternal link.