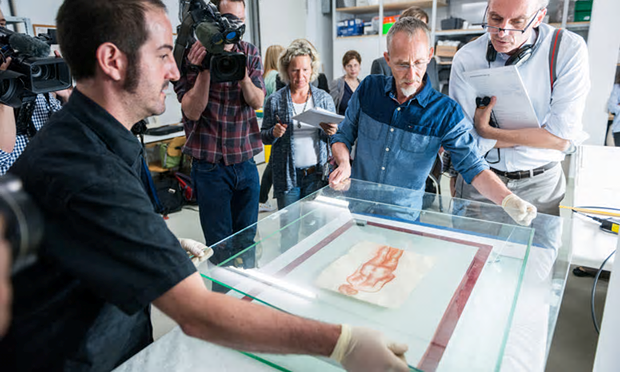 Hundreds of works of art that were hoarded by the son of a Nazi art dealer will go on public display for the first time in decades in joint exhibitions in Germany and Switzerland opening next week.

Kunstmuseum Bern and the Bundeskunsthalle in Bonn will present the works found in the homes of Cornelius Gurlitt in two parallel shows called Gurlitt Status Report that are expected to draw art lovers from around the world.

Around 1,500 works, including pieces by Claude Monet, Paul Cézanne, Ernst Ludwig Kirchner, Otto Dix and Gustave Courbet, worth hundreds of millions of euros were discovered in Gurlitt’s Munich and Salzburg residences by tax inspectors and revealed in 2013, in what was described as the biggest artistic find of the postwar era.

Gurlitt, an art-loving recluse who inherited his father’s collection, died of heart failure aged 81 the following year, having bequeathed the works to the Bern museum. A Munich court paved the way for the groundbreaking exhibitions to go ahead after ruling against a claim made by a family member that Gurlitt had not been of sound mind when he made the bequest.

“For the first time the public will be given an insight into these works of art that have been talked about in the news so much as a sensational find and a treasure trove,” said Nina Zimmer, who has curated the Bern exhibition.

It is also an opportunity to look at why the art world has so far undergone little critical self-appraisal about its role during the Nazi era. Switzerland’s controversial role as a hub in the profitable field of Nazi-confiscated art is also under scrutiny.

Bern’s exhibition will tell the story of modern art, which was outlawed by the Nazis under the “degenerate art action” of 1937 and 1938, which led to the confiscation of more than 23,000 paintings, sculptures and prints from public galleries across Germany. Many of the works were sold on abroad to make money for the Nazi regime.

The Bundeskunsthalle will simultaneously present the story of looted art – works which were stolen, by theft or sales under pressure, from Jewish individuals or families and others persecuted by the Nazis.

It will particularly touch upon the darkest chapter of the biography of Cornelius Gurlitt’s father, Hildebrand, who acted as one of the most important art dealers in the Third Reich, working directly on behalf of the Nazi leader, Adolf Hitler.

Zimmer said the exhibitions were about “paying homage to the people who became victims of the National Socialist art theft, as well as to the artists who were defamed and persecuted by the regime as degenerate”. 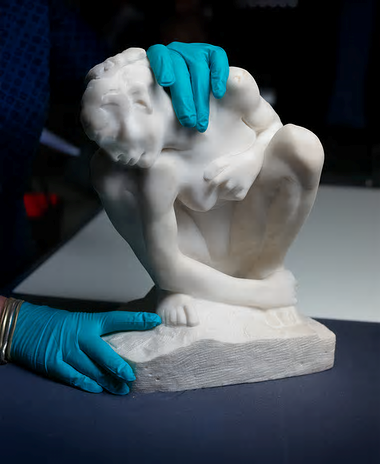 One of the works is a crouching woman cast in marble by Rodin, circa 1882.

Bonn will focus in particular on the fate of Jewish artists, collectors and art dealers, including many who faced kangaroo courts and persecution.

After the sensational Gurlitt discovery, Germany set up an international task force on looted art which has so far tracked down the real owners of just five of the works. The government has promised to keep up funding the investigation.

Cornelius Gurlitt never worked, and sold off parts of the collection to pay for his upkeep. In 2010 he was apprehended on a train by a German customs officer who found a large stash of cash on his person as he returned from a trip to Switzerland to sell some of the works. A subsequent investigation into Gurlitt by tax authorities led to the discovery of the hoard.

But Zimmer said Gurlitt had been unfairly cast as the villain in the story. “I think the person we should judge is his father, who was morally ambiguous to say the least.”

Before colluding with the Nazis, Hildebrand Gurlitt had started his career as a “brilliant, young and progressive” museum director in Zwickau, said Zimmer, where he tried to convince people of the merits of modern art in the 1920s. But he faced a rightwing backlash and was pushed from his position.

In 1933 he moved to Hamburg, where he continued in a similarly progressive vein as the Nazis rose to power. When he refused to raise the swastika flag at his gallery, he was fired for a second time. 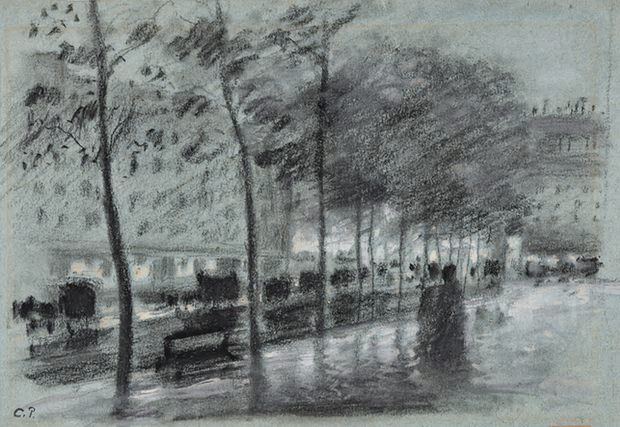 Hildebrand Gurlitt moved into dealing in modern art and opened a commercial gallery, which he was forced to register in his wife’s name because of his Jewish heritage.

It was then that he started to actively align himself with the Nazi system, writing to the propaganda ministry to volunteer his skills as a leading expert in modern – ergo “degenerate” art – and was chosen as one of four dealers to act for the Nazis, stationed in Paris, with the particular task of acquiring works for the unrealised Führermuseum project in Linz.

“From that moment he had joined the dark side, being in the service of Hitler himself,” according to Zimmer.

When the so-called Monuments’ Men – a volunteer group of men and women from around the world who operated within the allied forces to protect Europe’s cultural property – questioned him on his connection to the regime after the war, he tried to downplay it. There is no hint that he regretted his role in his letters and memoirs, which will also be on display.

After the war he was able to slot back into his career as the director of a gallery in Düsseldorf with no questions asked. He died in 1961.

The five works that have so far been returned to the heirs of their former owners include Henri Matisse’s Seated Woman, Max Liebermann’s Riders on the Beach, Interior of a Gothic Church by Adolf von Menzel and Camille Pissarro’s The Seine and the Louvre.

The provenance of others still under investigation include works by Edvard Munch, Pierre-Auguste Renoir, Auguste Rodin and Paul Signac. 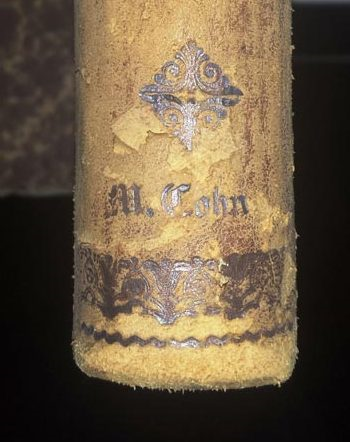 Arguably the best piece in the collection, Cézanne’s La Montagne Sainte Victoire, which was found in Gurlitt’s Salzburg home behind a cupboard, continues to be the subject of a legal dispute in which the Cézanne family is arguing for its return.

Zimmer said it was doubtful whether such a spectacular find of art gathered in the Nazi era would ever be found again “simply because Hildebrand Gurlitt was the fourth Nazi dealer – and there is no fifth one,” she said