The Constable painting “Dedham from Langham”, which is hanging in an art gallery in Western Switzerland, will be restored to its family owners following a legal battle against the town’s local authorities. 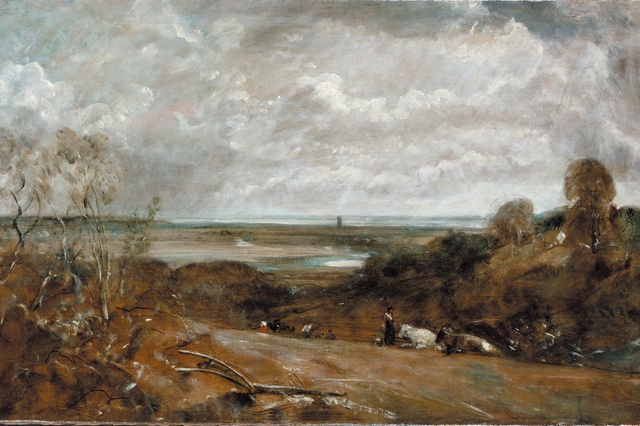 
The council of La Chaux-de-Fonds, in canton Neuchâtel, had previously refused to repatriate the painting in 2009, but instead put a plaque next to the painting acknowledging its ownership history.

In 1942, “Dedham from Langham” was one of 60 valuable paintings seized by the pro-Nazi French Vichy regime from John and Anna Jaffé, who were British nationals of German Jewish heritage living on the French Riviera.

It was bought by a Swiss national who bequeathed it to La-Chaux-de-Fonds' Fine Arts Museum when he died in 1986.

But Alain Monteagle, a descendant of the Jaffé’s who has recovered other works of art around the world belonging to his family, submitted a legal complaint in January. On Friday, the town’s authorities finally agreed to release the artwork to the family.

Switzerland has a chequered history on the subject of Nazi looted art and it has been accused in the past of dragging its feet over the restitution of artworks to their rightful owners. Despite the government-appointed Bergier Commission’sexternal link (1998-2002) work at examining Switzerland’s links with Nazi Germany, it is believed that some artworks may remain in Switzerland.

The Emil Georg Bührle collection in Zurich has periodically come under the microscope of critics, while Bern’s Museum of Fine Arts has also been in the spotlight having been bequeathed the collection of former Nazi art collector Hildebrand Gurlitt in 2014.

However, parts of the the Gurlitt collection were only received this year after the museum cooperated with the German authorities to determine the provenance and ownership rights of the artworks.