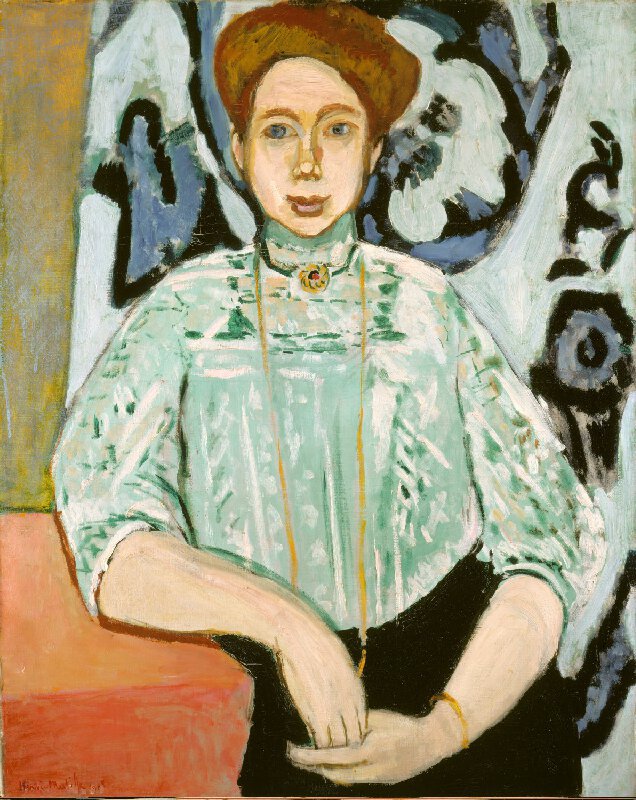 Margarete Moll’s relatives sued the National Gallery of Art one year ago, claiming they lost the painting during the Allied occupation of Germany in World War II.

Greta Moll and her husband Oskar were students of Matisse’s, Caproni wrote in the summary of her Sept. 21 ruling. They bought the painting from him after Oskar commissioned it. The order traces the provenance and loss of the painting in the years after World War II, when the Molls moved from Berlin to Wales. First, Greta sent the painting with one of her own pupils to Switzerland for safekeeping, but the student stole the painting or sold it, according to the ruling. The Knoedler Gallery in New York bought it in 1949 and sold it to a Texan, who sold it to a collector in Switzerland, who sold it to a London gallery, which sold it to the National Gallery in 1979, two years after Greta had died.

But in dismissing, Caproni ruled, “there has been no taking in violation of international law as required by FSIA [the Foreign Sovereign Immunities Act], and the court does not have jurisdiction over the National Gallery and Great Britain pursuant to FSIA’s expropriation exception.”

Nor does it matter, Caproni wrote, “whether the National Gallery profited from any catalogues sold that included images of the painting or from the loan of the painting may be relevant to determining disgorgement for plaintiffs’ unjust enrichment claim, but the amount of any required disgorgement is ancillary to the primary issue — whether plaintiffs have superior title to the painting.”

The plaintiffs were represented by Edward Kelly with Tiajoloff & Kelly in New York City, who did not immediately respond to a request for comment.