In September, 21 German and American museum professionals will meet in Berlin to learn about issues of provenance research. Jane Milosch, Director of the Smithsonian Provenance Research Initiative, explains how the German-American Provenance Research Exchange Program (PREP) came into being and what she expects it to accomplish.

Thanks to PREP, an exchange program organized by the Stiftung Preussischer Kulturbesitz (SPK) and the Smithsonian Institution, eleven German and ten American museum professionals will meet twice a year—once in Germany, once in the US—during the three years of the Program to learn about provenance research. Jane, how did you come up with the idea of PREP?
Jane Milosch: I am a product of German-American exchange myself, and want others to have opportunities to broaden their understanding of these two countries as well. When I founded the Smithsonian’s Provenance Research Initiative in 2008, I was fortunate to have Laurie Stein as our provenance researcher. Laurie has worked extensively in the US and Germany, and through her I was able to attend a meeting of the Arbeitskreis für Provenienzforschung. I was surprised to learn that so much World War II era art provenance research was being done in Germany—but very few people outside Germany knew about it. And I thought: We should bring our museum experts together—connect the people doing the work in Germany with their counterparts in the US, to build a kind of research autobahn with our joint knowledge and respective expertise.

When was that?
In 2011, the Smithsonian Provenance Research Initiative (SPRI) co-organized a two-day international symposium in Washington, DC to highlight WWII-era provenance research efforts in the US and abroad. I realized that single meetings would not be enough, that we need a long-term, lasting connection. It is very hard to get funding for professional development and exchange, but in 2012 the German cultural attaché in DC, Bertram von Moltke, steered us towards the possibility of a European Recovery Program grant – and 5 years later, indeed an ERP award finally enabled us to start the program.
While we were drafting a proposal, along came the Gurlitt find in Munich, and I was asked to be the US member of the Schwabing Trove Task Force Advisory Group. I noticed that how we organize and approach provenance research projects in the US differs from how this project was handled. And I saw that WWII-era provenance has become multi-disciplinary, and therefore we need more specialists than just provenance researchers on the program: PREP is open to curators, collections managers, archivists, lawyers, IT specialists, and graduate students.

When did you team up with SPK to get PREP going?
Because I was often in Berlin for the Gurlitt Task Force, I realized it would be great to have a partner in Berlin, as an equal partner to Washington, DC. Laurie Stein and I met with experts at SPK, who immediately grasped the importance of such a partnership and the exchange. We soon saw that PREP would align the expertise of our two large institutions very well. Besides, Hermann Parzinger, as an archeologist, and Richard Kurin (anthropologist), my boss at the Smithsonian, share a broader view of provenance research – although some want to limit it to WWII-era, these two leaders believe that we need to know about all objects in our collections, and where they come from.

Why does PREP focus on the areas of Asian art, decorative and applied arts, and works on paper?
We wanted to broaden the perspective. Most museums consider their World War II responsibilities complete when they have identified paintings, sculptures and Judaica. The areas we chose for PREP have not been so much in focus yet. Asian art was of interest to the Smithsonian because the one claim we’ve had for Nazi-looted art was for a Chinese bronze. Decorative Arts are not so much researched yet, even though Meissen porcelain, for example, was widely collected. And the graphic arts – I noted in the Gurlitt Task Force how much work was on paper, and yet how hard it is to research multiples.

Why did you decide to do a public event during each of the exchange sessions?
This is very important! Unfortunately, the public does not have a good understanding of the issues of provenance research at our museums. We inform them about how we work, what we do. Provenance researchis very complex, it’s an ongoing process, and it’s never “finished”. People are now only starting to understand that some documentation which could address “gaps” in our understanding of the provenance of objects has not yet been found, and may never be found, that digitization of records and images is expensive and incomplete, that documentation can be contradictory, and that it can take years to resolve these difficulties, if it’s even possible. And it is important to note that provenance research is not just about “clearing” the objects, it is also about sharing their stories, what we know about their former owners. 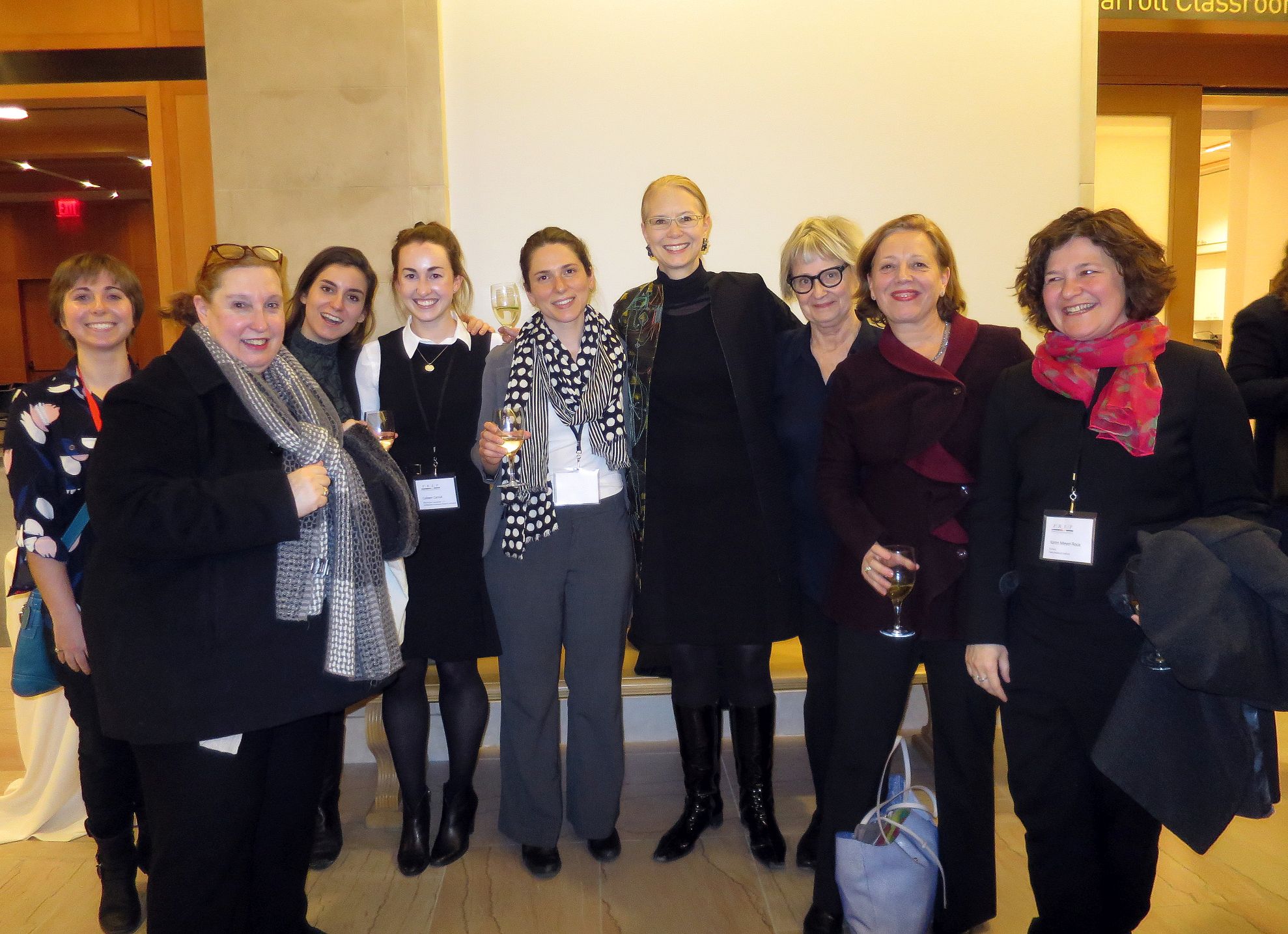 What is your personal background?
After studying art history in Germany as a Fulbright fellow and working with Prestel Verlag in Munich, I returned to the States, and for 20 years was a curator of post-war American crafts and decorative arts. In each of my positions I researched the provenances of objects. I came to the Smithsonian central leadership team to build up pan-institutional art projects, and one of many projects was World War II provenance research. I didn’t expect that it would become a full-time job for me, but while doing it, I realized that I could contribute a lot.

What are your hopes for the time after the three years of PREP?
Long-term, we will have an online platform allowing German and American colleagues to continue to help each other’s research, and a German/American guide to WWII-era provenance research that updates and develops continually. PREP will motivate and enable current and new generations of professionals to continue to exchange and to develop institutional partnerships, so the training continues. And at the end of the three years, I hope we can raise further funding to extend the program to archaeological objects and indigenous works from post-colonial collections. We need to move from a WWII-era focus to a wider focus.

Knowing Germany and the US and their respective provenance scenes quite well, what do you consider the biggest differences?
In Germany, museums often hire independent researchers for projects, so they come and go. In the US, there’s a trend to hire someone to staff the institution for this work. Here, people are trained in art history at universities that do not offer courses in provenance research, so most museum curators learn on the job, in collaboration with registrars and legal experts. Now, in Germany, universities teach courses in Munich, Hamburg and Berlin. Also, there’s so much more material to go through, so we really must examine and share information systematically, and digitally.

What are areas which can be improved in the field of provenance research more generally?
In recent years, we have seen a huge technological improvement in the ways we can record and share data. Because provenance research results are written mostly in narrative text format, although we can post them, they are not searchable right now, and often can’t link to other databases. So we have been working with museums in the US to change this, and we want to work with museums in Germany on translating narrative text into structured, searchable data. That’s where the Getty comes in, because they’re concentrating on this. Also, digital humanities for art history is a big deal right now. My concern is that people understand that it’s not just about the internet, but that you must go to archives, both to study documents and to talk to people, if you want to get comprehensive results.

What would you say after the first meeting in New York in February – was it what you expected?
It was one of the most memorable moments of my life—it exceeded my expectations! I saw eleven Germans and ten Americans working together for a week, meeting many other experts at major art museums and research centers in New York, and forming new friendships with their colleagues. I’ll never forget when, after the presentation on the German legal system at the Met, with other lawyers from major art museums there, they told me that this presentation helped them to better understand how German law works in this area, and now if they have questions they know they have someone to contact. PREP connections! 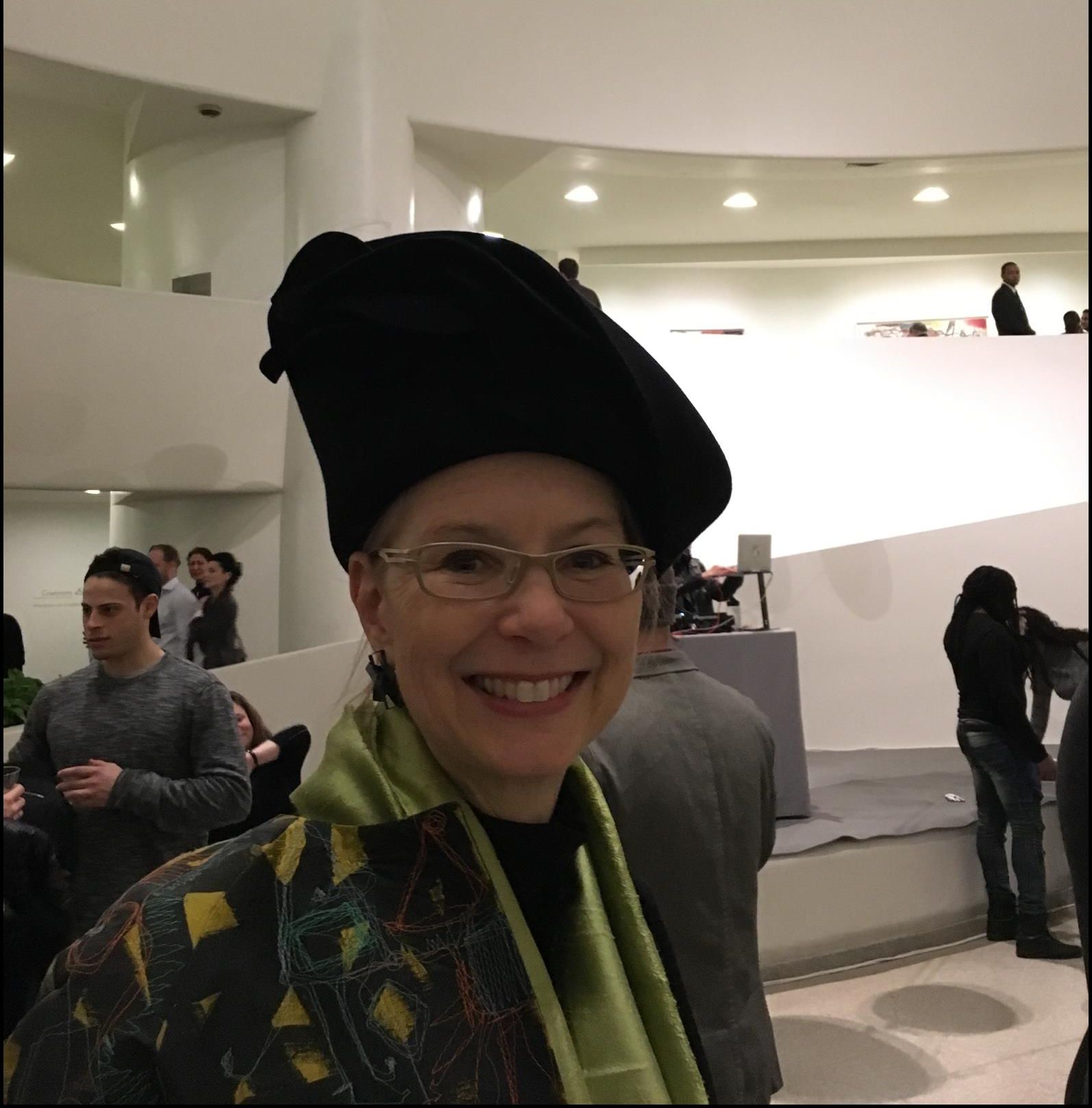