We should give back art looted by the Nazis

Joerg Schillinger is showing me around the extravagant foyer of the head office of frozen pizza and processed foods firm, Dr Oetker - complete with a winding marble staircase and Victorian grandfather clock - when he points to a former chief executive's bronze bust.

"This is Dr Richard Kaselowsky," says the manager, before adding, with a hint of embarrassment: "Unfortunately, he was a strong Nazi."

The 126-year-old company, a household name in Germany and beyond, has done more than most to face up to what Mr Schillinger calls the "dark shadow" of its activities in the 1930s and 1940s.

A few years ago, the family-owned firm enlisted prominent historians to write a book chronicling the relationship between former boss Rudolf-August Oetker - a member of the Waffen SS - and the Third Reich.

It revealed how Dr Oetker had supported the war effort by providing pudding mixes and munitions to Nazi troops, and how the business had used slave labour in some of its facilities. 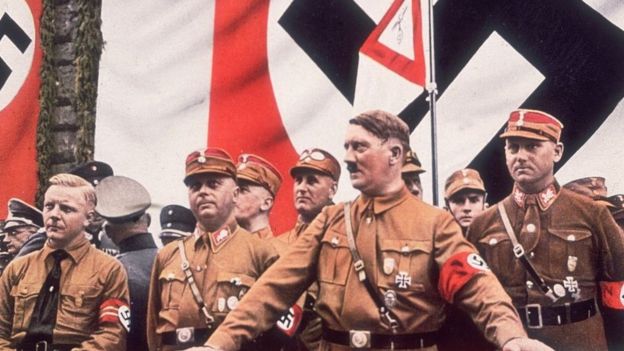 Now, in a rarer move, the company is turning its attention to a more tangible reminder of former sins - its vast private art collection.

In a floor-to-ceiling library at Dr Oetker's sprawling headquarters in the North-Rhine Westphalian city of Bielefeld, Dr Monika Bachtler reveals one of its treasures - a resplendent 17th Century silver goblet.

"It's a typical German silversmith's piece," says the white-gloved curator of the Oetker collection, "made in Augsburg in 1612".

The goblet originally belonged to Emma Budge, a wealthy Jewish socialite, philanthropist and art-lover from Hamburg. It was part of an impressive collection forcibly auctioned off by the Nazis in the early 1930s, including porcelain figures by Kaendler and paintings by van Loo.

This particular piece of silverware's troubling provenance was discovered as a consequence of a voluntary audit of Dr Oetker's own collection.

The collection, which includes some some 4,500 priceless pieces, scattered across several, secret locations, was mostly purchased by Rudolf-August Oetker, who was a renowned art enthusiast.

The company's board, which includes members of the Oetker family, commissioned the audit in 2015. So far, just four artworks have been restored to their rightful owners - including the windmill-shaped goblet.

Dr Oetker is tight-lipped about the precise value of the goblet - for which the Budge estate elected to receive financial compensation - but other items in the Budge collection are worth as much as £270,000, according to Lothar Fremy, one of just a dozen or so lawyers in Germany who represent heirs of Nazi confiscated art.

Mr Fremy, a Berliner who represents the Budge heirs, says few cases are carried out this smoothly.

"Sometimes it's like a big puzzle you have to put together," he explains. "Between 1933 and 1945, hundreds of thousands of items were sold, the market was flooded with artefacts." 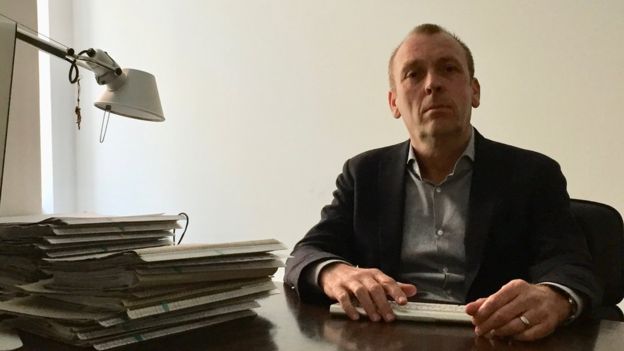 Private collectors have generally not wanted to look too closely at the provenance of some of their artworks, says Lothar Fremy

In this case, thanks to the meticulous paperwork left behind by Nazi bureaucrats, a comprehensive catalogue of the forced auction of the Budge collection exists, complete with images of most items.

This allowed Mr Fremy to enter the details of more than 1,000 items from the catalogue onto lootedart.com, an online registry for the return of stolen cultural objects.

But although many items from the Budge collection have been found in galleries, including Meissen porcelain figures at the V&A in London, it is rarer for private collections - let alone those owned by corporations - to voluntarily examine their inventory for a match to an artefact on the online database. 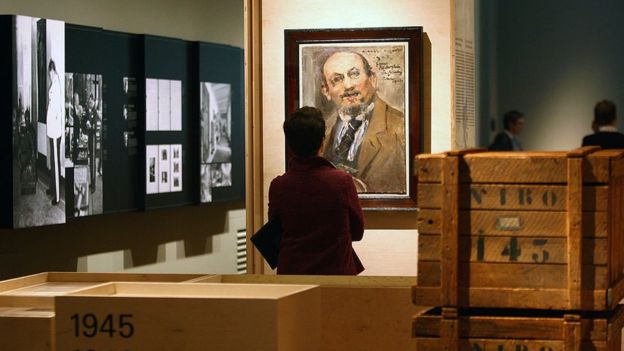 More than 70 years after the end of the war, the return of looted items is becoming more commonplace

The widely-followed principles for returning Nazi-confiscated art, outlined after a conference in Washington in 1998, are largely focused on public institutions.

Private collectors, Mr Fremy says, have generally not felt inclined to look too closely into the origins of their prized possessions.

Yet the return of stolen items from the Budge collection and beyond, he says, is becoming more common.

"Ten or 12 years ago, it wasn't a warm or co-operative reception," says Mr Fremy, reminiscing about early approaches to individuals who may have been in possession of stolen art, "but in general it's getting better." 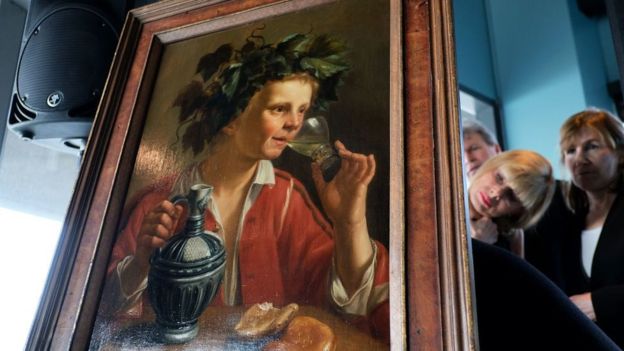 Back in Bielefeld, Dr Oetker's researchers say it may take decades to determine how many more items in its collection are due for restitution.

But Joerg Schillinger hopes that other German companies, among which huge art collections are not uncommon, will follow the frozen food firm's lead.

"It's a pity that there are still some companies that haven't stepped into their history," he says. "We were quite late, 70 years after the war, but we are very happy that we did it."

His recommendation to other businesses?