Sensational finds of art works make headlines in provenance research, but books were also looted by the Nazis. Looking for them in small libraries is the goal of a new project. 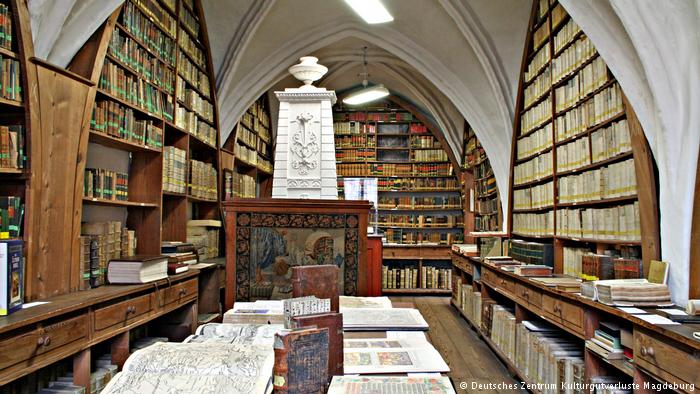 A man in California holds a book in his hand. It contains a personal dedication from his former school teacher. The elderly man was the only member of his family to survive the Holocaust. Beyond a family photo and one item of clothing, the book is the only thing that he has from his former home country. He has tears in his eyes.

The book was recently returned to him, its rightful owner. "Such moments are truly filled with happiness, because we see that all of our work is really worth it," says Uwe Hartmann, head of provenance research at the German Lost Art Foundation in Magdeburg.

The Lost Art Foundation has organized a program called "Initial Check" in order to enable the search for stolen books in smaller German libraries: The program has tasked three experienced provenance researchers to scour libraries in Saxony-Anhalt, and look for suspicious items. Their aim is to find out whether such inventory items are in fact looted goods. 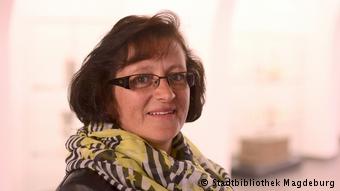 Elena Kiesel is conducting research related to the Magdeburg City Library. The historian knows exactly which Jewish families or political parties in the region were dispossessed. "She has the lists compiled during earlier studies," says librarian Cornelia Poenicke, referring to inventories put together after German reunification. In the early 1990s, researchers were looking at a completely different chapter in Germany's history of confiscations - namely those of estate owners in the early stages of East Germany's nascent communist era.

"In the end, she will go through the library's shelves and look through the books, at least part of them," adds Poenicke. "She won't make it through all 80,000 volumes but she will make random samples."

Needle in a haystack?

Finding looted books in small and medium-sized libraries is a bit like finding a needle in a haystack. In Magdeburg, researchers are not even certain that there are any needles to be found.

But larger finds have indeed been made in other libraries. For instance, the library of Jewish department store owners Hermann and Oskar Tietz - whose company Herman Tietz & Co. was rebranded as Hertie after the Nazis took possession of it - had been thought lost forever until just two years ago. Then 500 volumes from the collection were found in the city of Bautzen. 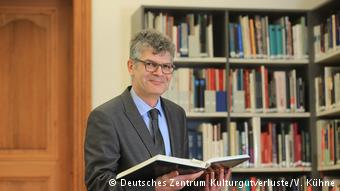 Dr. Uwe Hartmann and his co-workers are facing an enormous task

Uwe Hartmann says that books from Jewish collections started making their way into public libraries after compulsory expropriation began in the wake of the November 1938 Reichspogromnacht - also referred to in English as the Night of Broken Glass. But also when those fortunate enough to be able to emigrate were forced to sell off everything they owned in order to pay the obligatory Reich Flight Tax. Additionally, looting increased in areas occupied by the Nazis as the war went on.

The persecution of the Jewish people in Nazi Germany was characterized by its perfidious systematization. But that is exactly what makes it possible to identify once stolen items today. One source of information is the inventory of the Reichstauschstelle, which functioned as an exchange for those interested in restocking libraries destroyed during the course of the war. Many of those exchanges were documented.

Unlike looted artworks, the Nazis were not necessarily interested in the financial value of individual books, but rather, at times, in their value in terms of "ideological counter research." The National Socialists and their leading ideologue, Alfred Rosenberg, were keenly invested in collecting intellectual arguments against Judaism.

Since 2014, the German Lost Art Foundation has been spending some four million euros ($4.7 million) annually for provenance research in German libraries and museums. The financing, which comes from Germany's federal government, is a direct result of the 1998 Washington Principles agreement: In the agreement, signatory states pledged to find the prewar owners of looted property and find "fair and just solutions" for how to deal with such items.

But what took so long? "People feared that as soon as the rightful owner was located they would immediately have to return the items," says Cornelia Poenicke. "Meanwhile, we have seen that this is often not the case, because heirs are so generous in dealing with the issue."

Uwe Hartmann agrees: "Heirs often tell us: the original is better cared for in the library." 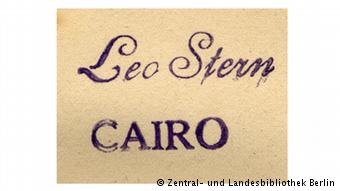 Stamps in books can be helpful in finding the rightful owner

The German Lost Art Foundation publishes descriptions of found books along with photos and stamp marks in its lostart.de databank when it cannot locate rightful owners or their heirs. This provides those owners or heirs the opportunity to contact the foundation.

Although it is impossible to know what such research will bring, Maik Hattenhorst of the Magdeburg City Library says that he hopes to be able to point to positive discoveries by the time the library celebrates its 500th anniversary in 2025.

"We look at Bautzen and now the five libraries in Saxony-Anhalt as examples," says Uwe Hartmann. "Six thousand libraries across Germany are stocked with historical books. That is why I always tell my students: Not even the next generation of museum and library staff will be able to finish what you have started."