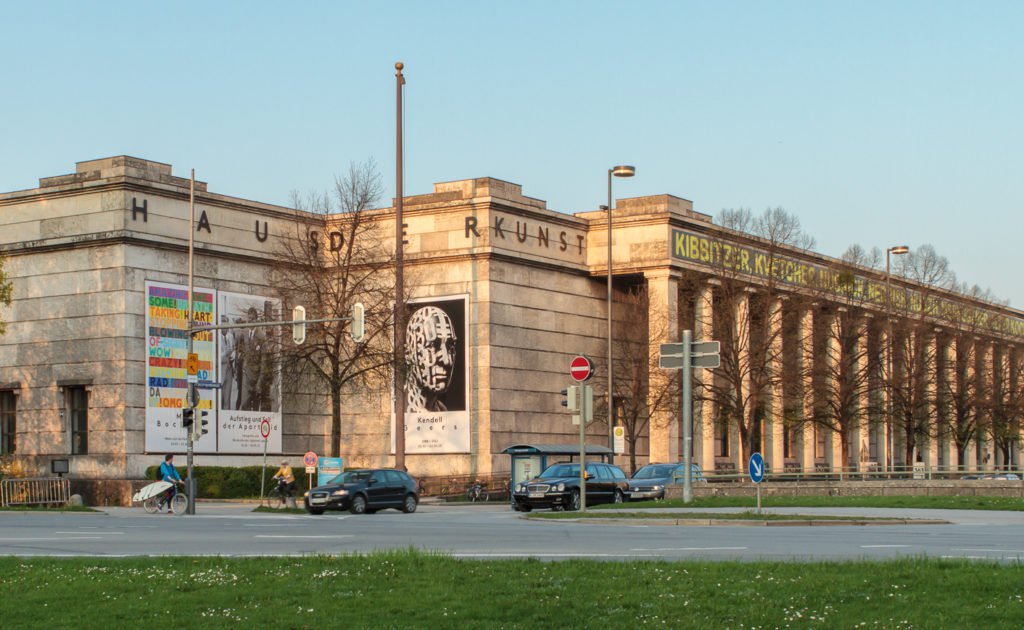 In 1937, Adolph Hitler initiated one of the most shameful acts of art censorship in modern history: the campaign to confiscate and purge so-called “degenerate art”—works deemed undesirable by the fascist regime—from Germany’s museums. That same year, to mark the beginning of Hitler’s attack on Modernist art, the Nazi party organized the infamous exhibition “Degenerate Art,” which showcased these stolen and unwanted works.

Between 1937 and 1939, about 21,000 objects were removed from German state collections during the purge. Masterpieces of Expressionism, Surrealism, Dada, Cubism, New Objectivity, and Fauvism were systematically taken from dozens of institutions around the country, and stolen from private collections to be burned or sold abroad.

While most of the stolen works may never be fully retrieved, a number of Germany’s museums are mounting dedicated exhibitions to acknowledge Hitler’s campaign and its devastating impact. In Berlin, a new Museum of 20th Century Art will feature a permanent exhibition dedicated to the purge. And to mark the 80th anniversary of the “Degenerate Art” exhibition, two notable German museums will this year mount special exhibitions to commemorate the history of the show and the Modernist treasures that were lost. 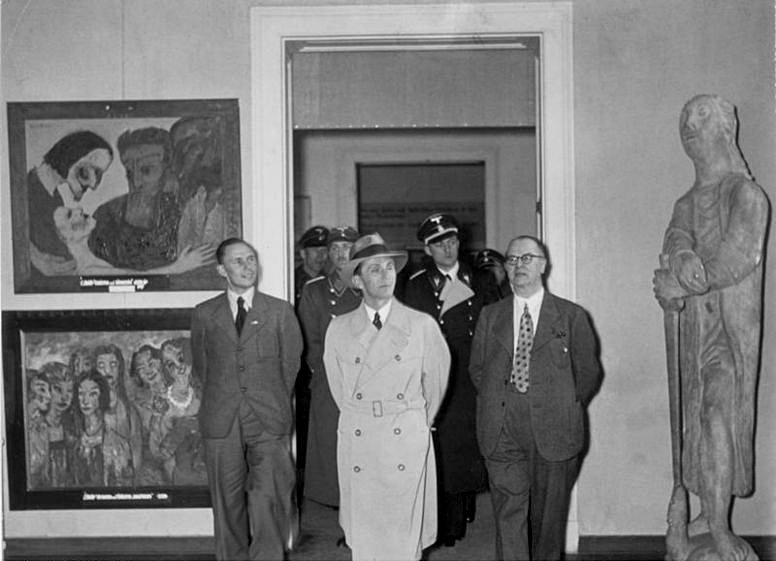 Interestingly enough, in order for the German people to understand the difference between “degenerate” and “great” art, the Third Reich exhibited two shows that exemplified both artistic currents: the “Great German Art” exhibition at the Haus der Kunst in Munich on July 18, 1937, and the “Degenerate Art” exhibition at the Institute of Archaeology at the Hofgarten on July 19, 1937.

It is no surprise that the “Great German Art” exhibition displayed works that were Nazi-friendly: classical in style, and often idealized presentations of pastoral scenes. On the other hand, the “Degenerate Art” exhibition focused on works that were made by Jewish artists and were claimed to be offensive to women, soldiers, and farmers, and insulting toward religion.

The “Degenerate Art” exhibition presented 650 works confiscated from German museums.These works were publicly displayed to be ridiculed and later destroyed. Some of the artists that were included in this exhibition were Emile Nolde, Franz Marc, George Grosz, Paul Klee, Kurt Schwitters, and many other prominent German artists of the time.

Munich’s Haus der Kunst, which was specifically built to house the annual “Great German Art” exhibition, is now dedicated to dealing with this difficult past. Haus der Kunst does not keep a permanent collection, but in July, the institution opened an archival show titled “Munich, Summer 1937,” featuring items from the original “Degenerate Art Exhibition,” such as historical photos, films, documents, and information on the building’s history.

“1937: Action Against ‘Degenerate Art’ in Düsseldorf” at Kunstpalast

“German museums arguably had the greatest collections of modern art by the mid-1930s, and the purges ravaged these collections,” Jonathan Petropoulos, a professor of European history at Claremont Mckenna College, told artnet News. “In the postwar period, many German museum officials made a concerted effort to rebuild the modern collections, and they made considerable progress, but the losses are still palpable.”

One such museum is Düsseldorf’s Kunstpalast. In 1937, Kunstpalast was the third worst-affected museum in Germany and was purged of over 1,000 works. The museum recently opened an exhibition titled “1937: Action Against ‘Degenerate Art’ in Düsseldorf,” showcasing a small number of works from the museum’s holdings that were recovered: five paintings, three sculptures, and six works on paper. Four of the paintings on view were tracked down and bought back by the museum, while the fifth is on loan from the Art Gallery of New South Wales in Sydney. The remainder of the show is composed of archival material documenting a world-class collection that once was.