AN FRANCISCO — In the first art law case of his 50-plus year legal career, David Boies has helped convince an appellate court to revive a long-running lawsuit over a Nazi-looted painting by French impressionist Camille Pissarro. 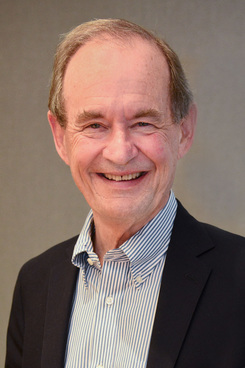 A three-judge panel of the U.S. Court of Appeals for the Ninth Circuit on Monday reversed a decision tossing claims that Boies' clients are the rightful owners of "Rue Saint-Honoré, après-midi, effet de pluie," a masterpiece that has been appraised at more than $30 million. Lilly Cassirer Neubauer, the great-grandmother of the plaintiffs, lost the painting in 1939, accepting the modern day equivalent of $360 for it after an art dealer appointed by the Nazi government seized it to conduct an appraisal.

In Monday's decision, the Ninth Circuit found that the six-year statute of limitations established under the Holocaust Expropriated Art Recovery Act of 2016 applied and that Neubauer's heirs had filed suit within six years of discovering that painting in the Thyssen-Bornemisza Collection's museum in Madrid.

The complex case has delved into the vagaries of U.S., California, Spanish and Swiss law. It drew a half-dozen amicus briefs on this trip to the Ninth Circuit—the case's third. Boies signed on to represent the plaintiffs, David and Ava Cassirer and the United Jewish Federation of San Diego County, after U.S. District Judge John Walter in Los Angeles sided with the museum on summary judgment in 2015.

"We thought it was an important case and a very serious miscarriage of justice if a public museum could acquire title to Nazi-looted art merely by possessing it" for an extended period, said Boies in a phone interview Monday morning. "This is a case in which the record is quite clear: The museum was on notice that the art had been looted," Boies said.

In Monday's decision, however, Boies and the Cassirers didn't get everything they requested. The Ninth Circuit didn't buy Boies' argument that California substantive law—where thieves cannot pass good title to anyone—applies and instead applied Spanish law. But the court did adopt the plaintiffs' interpretation of the Spanish term for accessory, or "encubridor."

Ninth Circuit Judge Carlos Bea looked back to the 19th century Spanish criminal and civil code to find that the term could apply to someone who knowingly gained a benefit from goods stolen from the rightful owner. Bea wrote that the plaintiffs had raised enough "red flags" about the acquisition—including a lack of provenance and a low price—to create a triable issue of fact under Spanish law about how the painting came into the possession of the Thyssen-Bornemisza Collection (TBC).

Reached by email Monday morning, TBC's lawyer Thaddeus Stauber of Nixon Peabody, said he and his client were pleased the court recognized that Spanish law applies. "As the Baron Thyssen-Bornemisza acquired the painting in good faith in 1976 and the foundation, in turn, acquired the painting in good faith in 1993—where it has ever since been on display to the public—we remain confident that the foundation's ownership of the painting will once again be confirmed," Stauber wrote.

Mary-Christine "M.C." Sungaila of Haynes and Boone, who wrote an amicus brief for Bet Tzedek Legal Services backing the Cassirers in the case, said that it's rare for cases over Nazi-looted art to get to the merits stage in U.S. courts given the procedural and sovereignty issues they raise.

"I think it's meaningful across all these cases that this one has gotten across all these procedural hurdles to get to this point," said Sungaila, who has been active in two similar cases. "It sounds like a jury is going to learn about Spanish law."

Ross Todd is bureau chief of The Recorder in San Francisco. He writes about litigation in the Bay Area and around California. Contact Ross at rtodd@alm.com. On Twitter: @Ross_Todd.