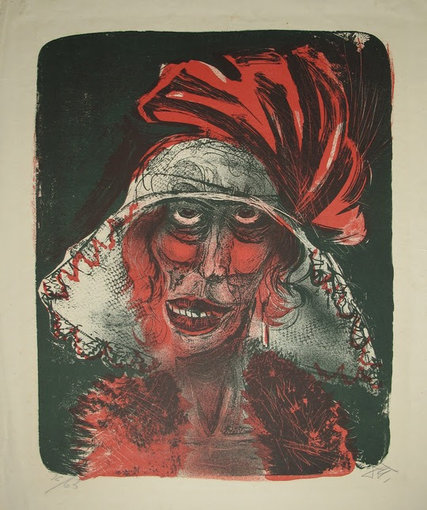 Otto Dix’s “Leonie” (1923), from the collection of Cornelius Gurlitt.

Almost four years after a startling revelation that shook the art world, artworks that had been confiscated by the Nazis from German museums and eventually discovered stashed away by Cornelius Gurlitt, the son of a Nazi-era art dealer, have arrived at the Kunstmuseum Bern in Switzerland.

The pieces for the highly anticipated exhibition, which is to go on view Nov. 2, arrived a week late because of customs difficulties, according to the museum, which presented a preview for the news media on Friday. The pieces being shown are only those whose provenances are known. Much of the collection’s origins are still being investigated in Germany. The collection, including art by Otto Dix, Ernst Ludwig Kirchner and Franz Marc, had been bequeathed to the museum by Mr. Gurlitt, who died in 2014. That wish led to a lengthy legal dispute initiated by a relative, but a German court determined that Mr. Gurlitt was of sound mind when he drew up his will.

This exhibition, titled “Degenerated Art,” will be one of two simultaneous displays of selected works from the Gurlitt collection. The Kunstmuseum Bern will display about 200 of the 1,500 pieces that were part of Mr. Gurlitt’s stash, which the German authorities discovered by chance and later revealed in 2013. It will focus on art that was confiscated by the German authorities — art that Hitler deemed degenerate.

As part of a partnership, the show at the Bundeskunsthalle museum in Bonn, Germany, which is set to open on Nov. 1, will display a separate set of works from the Gurlitt collection — with about 250 pieces that are believed to have been looted from private Jewish art dealers.