(CN) – The Supreme Court agreed Tuesday to decide whether Americans injured in a 1997 Hamas suicide bombing can seize Iranian artifacts from the University of Chicago to satisfy a $71 million judgment. 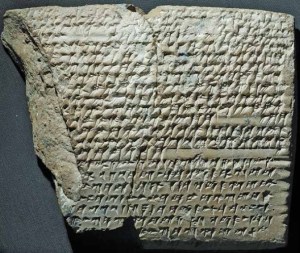 The high court’s decision will resolve a circuit split over whether U.S. victims of state-sponsored terrorism have a freestanding right to collect on judgments against foreign countries, even if the targeted assets would be otherwise protected by the Foreign Sovereign Immunities Act, or FSIA.

On Sept. 4, 1997, three suicide bombers of the Palestinian fundamentalist Sunni-Islamic group Hamas blew themselves up on a crowded pedestrian mall in Jerusalem.

Eight severely injured U.S. citizens and their families, led by Jenny Rubin, sued Iran, the attack-sponsor, in Washington, D.C. federal court in 2003, under the terrorism exception to the FSIA.

Though the plaintiffs won a $71.5 million default judgment that year, Iran did not pay.

The victims then registered the judgment in Chicago federal court, initiating attachment proceedings to execute on four collections of Iranian artifacts then held by the University of Chicago’s Oriental Institute and the city’s Field Museum of Natural History.

The artifacts include about 30,000 clay tablets of some of the oldest writings in the world, which Iran loaned to the Institute in 1937, known as the Persepolis Collection.

Also at issue are Dr. Ernst Herzfeld’s collection of about 1,200 prehistoric artifacts found in Persia in the early 1900s, which the Field Museum bought in 1945, as well as clay seal impressions from the ancient Chogha Mish settlement, which the Institute acquired in the 1960s.

A federal judge awarded Iran and the museums summary judgment, finding that Iran had not used the artifacts for commercial activity, as required by the terrorism exception, section 1602 of the FSIA.

The bombing victims appealed, arguing that a third party’s commercial use of the property — i.e. the university’s study of the Persepolis Collection — triggers section 1610 of the FSIA.

But the Seventh Circuit affirmed the lower court’s ruling last year, agreeing with the defendants and amicus curiae the United States that the law says the foreign state itself must use its property for a commercial activity to qualify under section 1610.

Rubin and the other plaintiffs appealed, filing a petition for a writ of certiorari with the U.S. Supreme Court last October.

They cited the Ninth Circuit’s ruling in Bennett v. Islamic Republic of Iran, which held that “creative arguments” by Iran’s central bank cannot save it from paying nearly $17.6 million to the victims of terrorist attacks in Israel, Saudi Arabia and elsewhere.

On Tuesday, the Supreme Court agreed to hear the case and decide whether section 1610 of the FSIA “provides a freestanding attachment immunity exception that allows terror victim judgment creditors to attach and execute upon assets of foreign state sponsors of terrorism regardless of whether the assets are otherwise subject to execution.”

Per its custom, the high court did not comment on its decision to take up the case.