BONN, Germany — A rendering of early-20th-century London’s industrial grime in ethereal blues and green-grays by Claude Monet. A crouching woman cast in marble by Rodin. And two sketches of nudes by Aristide Maillol. These are among the several hundred works found in the homes of Cornelius Gurlitt, many of them suspected of having been looted by the Nazis. 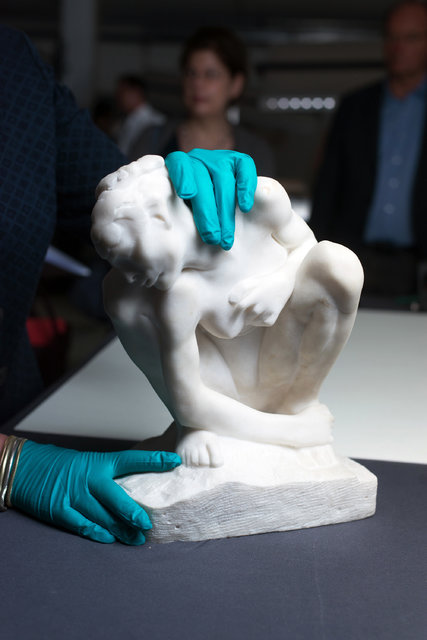 Works from the Gurlitt estate include a crouching woman cast in marble by Rodin, circa 1882.

Nearly four years after news of the discovery of the trove stunned the art world and stirred outrage over the fact that German authorities had kept its existence under wraps for months, the public will finally be allowed to view about 250 works selected from more than 1,200 as part of a show to open on Nov. 3 at the Bundeskunsthalle here. The show, “Dossier Gurlitt: Nazi Art Theft and Its Consequences,” will focus on works believed to have been stolen by, or sold to the Nazis at below-market prices, from mostly Jewish-owned private collections.

Most of the works to be displayed here in the former West German capital still have questions regarding their ownership history, organizers said on Tuesday at the first public showing of a few pieces at the Bundeskunsthalle. They included the Monet, the Rodin and the Maillols. Members of a team including curators, a conservationist and an art historian said that they hoped that by bringing the works into the public — previously impossible because of a lengthy legal dispute over Mr. Gurlitt’s will — some of the remaining mysteries may be solved.

“The fresh attention could bring new claims,” said Rein Wolfs, director of the Bundeskunsthalle. “At the same time, we don’t expect that someone will come to the exhibition and suddenly have a revelation that a work had been hanging in the home of a relative.”

Until now, only four restituted works have been publicly viewed. The remaining works, from Mr. Gurlitt’s Munich apartment and summer home in Salzburg, Austria, have been displayed only in photographs or through a lost art database. 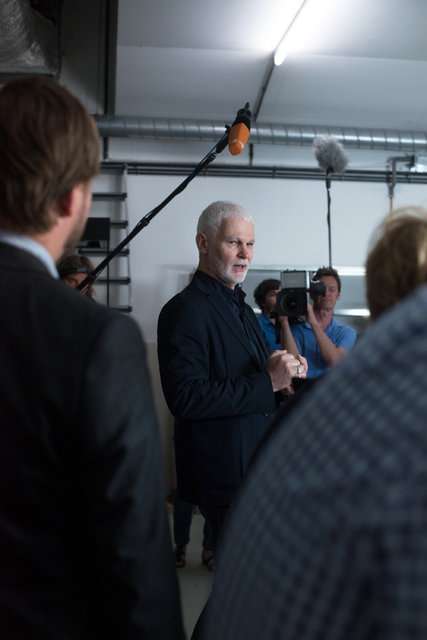 Rein Wolfs, director of the Bundeskunsthalle in Bonn, Germany.

A parallel exhibition, “Dossier Gurlitt: ‘Degenerate Art,’ Confiscated and Sold,” will also open in November at the Kunsthalle in Bern, Switzerland, focusing on works confiscated from German museums starting in 1938.

As of last week, research had been completed for 63 of 1,039 pieces owned by Mr. Gurlitt, which had a questionable ownership history. Four of those works, including a Max Liebermann, a Matisse and a Pissarro, have been returned to the descendants of their prewar owners, as has a drawing by Adolph von Menzel.

Mr. Wolfs said on Tuesday that the museum was in talks with the family members to whom the drawing was returned, in hopes of displaying it in the exhibition.

But for most of the works, researchers have been able to establish only a partial history. Research continues, using archives and technology to try to determine when a picture may have changed hands and under what conditions.

When researchers in Bonn removed the Maillol sketches from their frames — each a female nude from the back rendered in a reddish pencil — they discovered a faint blue marking on the back of one drawing, a potential clue. 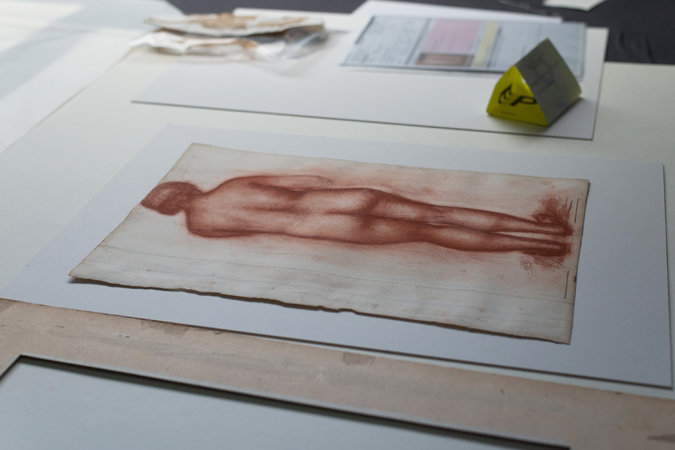 One of two sketches of nudes by Aristide Maillol that were shown to reporters on Tuesday in Bonn, Germany.

“We plan to take a digital image of it, and then intensify it and blow it up to compare against a database to see if it might be an indication of a year or a stamp,” said Lukas Bächer, a curatorial assistant.

Meike Hopp, an art historian with the independent Central Institute of Art History in Munich, who has been researching the Gurlitt works since shortly after their existence was made public in November 2013, said that even if the exhibition does not spark any ah-ha moments from former owners, it could nevertheless lead to new revelations and links that researchers had overlooked.

Because Mr. Gurlitt’s collection was privately owned, the Washington Principles, under which nations agreed in 1998 to seek to restore works looted by the Nazis, did not apply. Shortly before his death in 2014, he reached a legal agreement that allowed a task force of experts to comb through the trove and try to determine which works had been wrongfully taken. Amid intense international pressure, he also bound his inheritors to return any such works to their rightful owners.

When the Kunsthalle Bern, or Museum of Fine Arts, accepted ownership of the collection that Mr. Gurlitt left to it in his will, it pledged to uphold his wishes. But it was not until December that the museum could take possession of the artworks, after a protracted legal dispute with an estranged cousin of Mr. Gurlitt’s who challenged the will.

Although the works have frequently been referred to as a collection, Agnieszka Lulinska, a curator of the Bonn exhibition, said that she shuns that term in referring to the 250 works that will be displayed here, given the uncertain and ad hoc nature by which they were amassed, including those pieces with a possibly dark acquisition history. 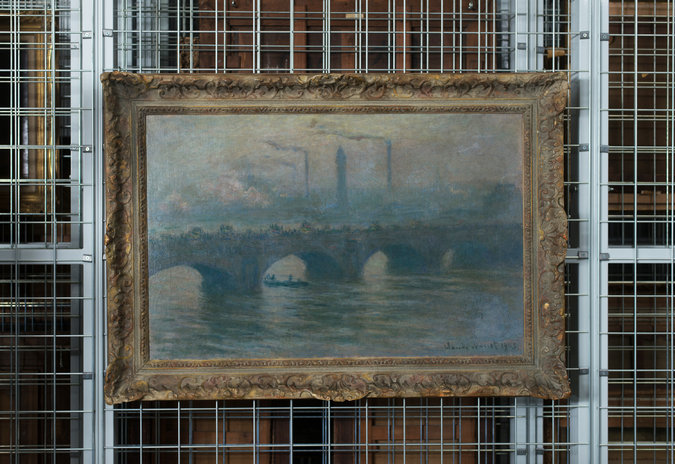 “We see very clearly there is no reason why this group of works has come together,” Ms. Lulinska told a group of reporters who were invited to view a selection. She said that the exhibition would be divided into five chapters to reflect the arc of the career of Mr. Gurlitt’s father, Hildebrand Gurlitt, an art dealer under the Nazis who acquired pieces for Adolf Hitler’s planned Führermuseum.

Archival material among the collection of ledgers, letters, receipts and photos from the elder Mr. Gurlitt’s career were part of the estate and will be incorporated in the exhibition in Bonn. The documents, found in 19 moving boxes split between the two residences, serve a twofold purpose of shedding light on the painstaking puzzle work that constitutes provenance research, Ms. Hopp said.

Although most of the documents from the elder Mr. Gurlitt date back only to the postwar period, they may include clues that lead researchers to information that can help trace the ownership history of a work to determine whether it was looted.

They will also be used to set the works in art historical context. Monet’s “Waterloo Bridge,” which casts the industrial smog of the early 20th century hanging over the Thames in subtle strokes of blue and green, will be displayed with a black-and-white photograph showing the painting hanging on the wall above a small white bookcase in the Salzburg house, alongside a Picasso and a “Danaide” in bronze by Rodin.

“Already there have been books written that relied heavily on these documents, but without actually citing them,” Ms. Hopp said. “Including them in the exhibition gives us an opportunity to show people how provenance research works and make clear how archival material is used as a source of information.”

The parallel exhibitions will open in November and run until March 2018. Talks are underway for the two exhibitions to be shown in Berlin at the Martin Gropius Bau in September 2018.