'Suspicious' art from Nazi dealer to go on show in Germany

Five years after the spectacular discovery of Nazi-looted art known as the "Schwabinger Kunstfund," parts of the collection will be on display in Bonn's Bundeskunsthalle in the fall. A preview. 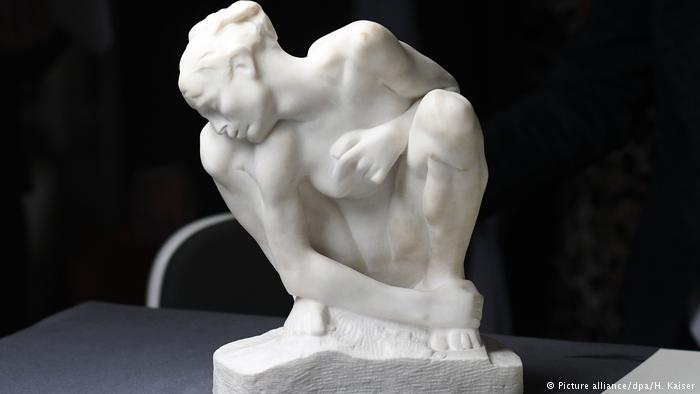 The path to the most sacred space in Bonn's Bundeskunsthalle is filled with stairs. Inside the paintings restoration studio, six conservators are bent over artworks valued in the millions. They scratch, brush, sweep, blow and cut, sparing nothing as they set to work on Aristide Maillol's painting, "Weiblichen Rückenakt" ("Female nude from the back"). The French artist's drawing in red chalk is one of 250 works that will be shown in the German art museum as part of an exhibition called "Dossier Gurlitt: Nazi Art Theft and its Consequences."

Originally planned to open in November 2016, the show displays works from the collection of Cornelius Gurlitt, son of the Nazi art dealer Hildebrand Gurlitt.

While Gurlitt had left his invaluable collection of 1,500 artworks to the Bern Museum after his death, the legal battle over the inheritance was drawn out. After relatives made objections, Gurlitt's last will and testament was found to be valid. The exhibition could go on.

Not 'Nazi-looted' but 'suspicious'

Beginning in November, parts of the Gurlitt collection will be seen in public for the first time. The Museum of Fine Arts Bern opens its exhibition on November 1, 2017 and a few days later, the Bundeskunsthalle in Bonn will begin the second part of the double show.

In Switzerland, the focus will be on so-called "degenerate art," while in Germany the presentation is of a more delicate nature, focusing on Nazi-looted art.

It's a delicate subject because nearly 200 of the pieces are of an unclear origin and history. They could have been looted by Nazis during the Third Reich; or refugees fleeing the Nazis may have been forced to hand them over, or to flee without the art. 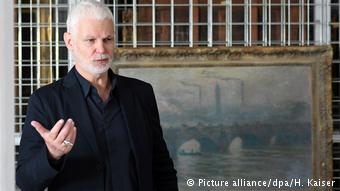 Rein Wolf urges caution, as the origin of the works is still unknown

"The investigations are ongoing," said Agnieszka Lulinska, co-curator of the exhibition. By that, she means the detailed detective work being done by researchers of the works' provenience. It's a trail that has often led to the German federal archives in Koblenz, where the written documents left behind by Hildebrand Gurlitt are warehoused. Now available in digital form, they include around 10,000 pieces of writing, among them letters, documents, books and piles of photographs.

How should Germany deal with robbed artworks? 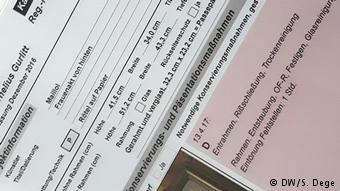 In 2013, the spectacular discovery of the art trove in the apartment of Cornelius Gurlitt made headlines worldwide. The find also sparked a heated debate about how Germany should deal with artworks that were confiscated by the Nazis.

Gurlitt's father Hildebrand was one of Adolf Hitler's art dealers. When Cornelius Gurlitt died in May 2014, he bequeathed his collection of around 1,500 works, worth many millions, to the Museum of Fine Arts Bern.

The Bundeskunsthalle in Bonn did not reveal what it aimed to achieve with its fall exhibition "Dossier Gurlitt - Nazi Art Theft and its Consequences." Sensational new elements are not expected.

Wolfs and Lulinska explained at a press conference that they plan to cover five chapters of art history through the joint exhibition comprising 200 works on paper, 50 paintings and five sculptures.

The section on "degenerate art" covers the emergence of modern art up to World War I. Artworks produced for the Linz art gallery, Hitler's unrealized art museum - also known as the Führermuseum - and those created right up until the "Stunde Null," or end of the war on May 8, 1945, make up another section.

Art dealership in German-occupied territories is another aspect to be covered by the exhibition, as well as the fate of the former artwork owners, mostly Jews, who were persecuted by Nazis. The Bundeskunsthalle also aims to establish a provenience research group. 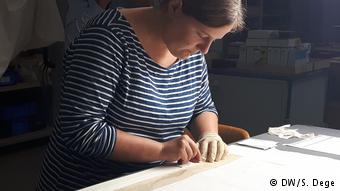 The restoration of the artworks is a tedious, fine-eyed project

Years after the spectacular discovery in Cornelius Gurlitt's apartment, the origin of most works remains unclear. "We will probably have to accept the fact that the provenience of some of the works will never be definitely determined," said curator Agnieszka Lulinska.

Cornelius Gurlitt's apartment in Munich looked like an art storage room. "And it was extremely humid in his house in Salzburg," added chief restorer Ulrike Klein, while leaning over to examine one of the artworks.