The hidden collection was discovered inside a collector's suburban Buenos Aires home. 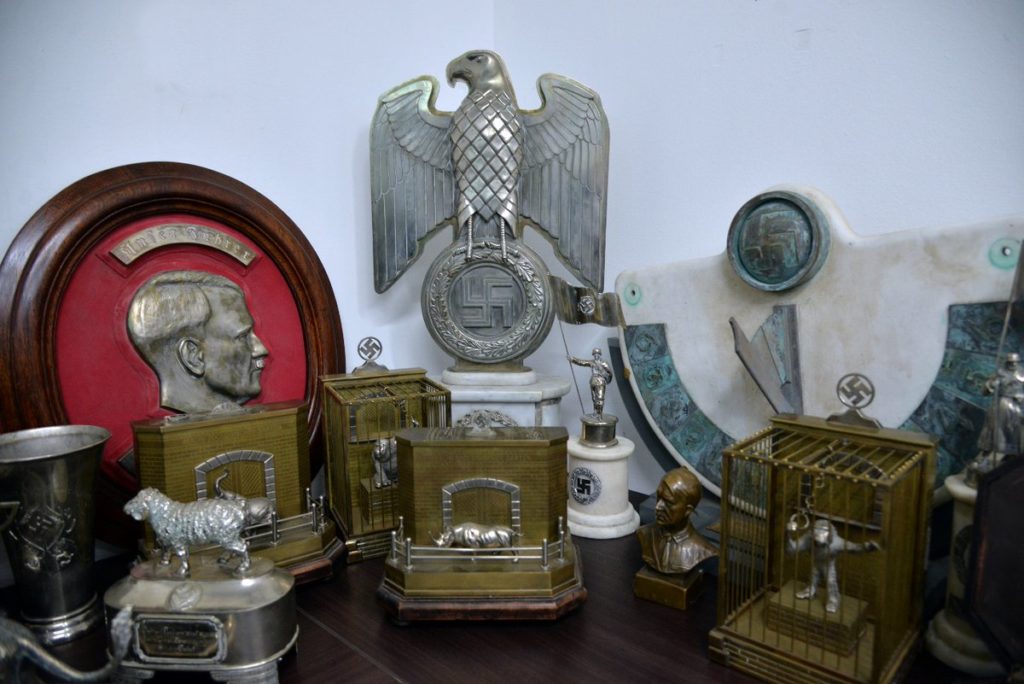 A selection of the Nazi artifacts discovered in Argentina. Photo: Ministry of Security of the Argentine Nation.

Argentine police have seized a cache of Nazi artifacts from a hidden room inside an art collector’s suburban Buenos Aires home. Inside the secret chamber, which reportedly celebrated the Third Reich, police found more than 75 items believed to have been brought into the country by high-ranking Nazi officials fleeing justice at the end of World War II. Investigators are calling the seizure the largest of its kind.

Police found the trove of artifacts while investigating artworks of suspicious origin at a gallery in the northern suburb of the Argentine capital. Working with Interpol, the international police force, federal investigators tracked down the collector, and searched his house on June 8.

“After investigating, we were able to discover those objects that were hidden behind a bookcase.” Marcelo El Haibe, the federal police commissioner for the protection of cultural heritage told the New York Times, “Behind the bookcase there was a wall, and after that a door.”

“Our preliminary investigation indicates that these are original pieces,” Argentine security minister Patricia Bullrich told Spiegel Online, explaining that some of the items are even pictured with Adolf Hitler in a series of accompanying photographs. 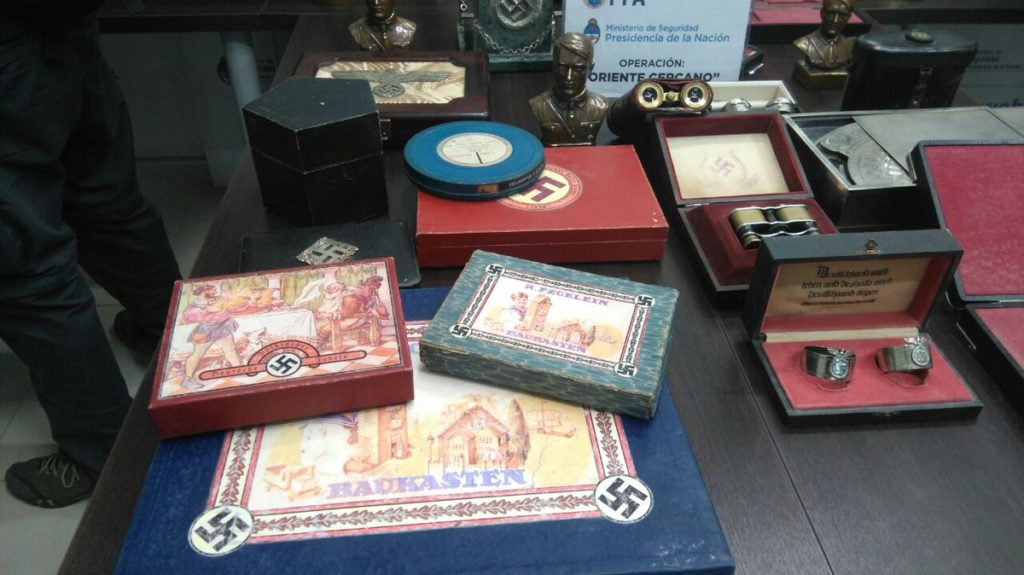 A selection of the Nazi artifacts discovered in Argentina. Photo: Ministry of Security of the Argentine Nation.

Among the artifacts recovered are a bust of Adolf Hitler, magnifying glasses in a swastika-embossed case, a dagger, as well as harmonicas and other toys emblazoned with swastikas and Nazi symbols, which would have been used for the indoctrination of children. Police also discovered chilling medical equipment used for measuring heads, a tool employed as part of the regime’s eugenics program to demonstrate racial superiority.

A magnifying glass may be the most historically intriguing item in the haul, as police believe it was owned by Hitler himself. Photo negatives found among the artifacts appear to show Hitler holding the same glass. “We have turned to historians, and they’ve told us it is the original magnifying glass” used by Hitler, said the head of Argentina’s federal police Nestor Roncaglia.

The owner of the property, who has yet to be named, was not arrested, but he was issued with a criminal court summons, according to Spiegel Online.