April
The Art Newspaper 25 May 2017
By Catherine HIckley 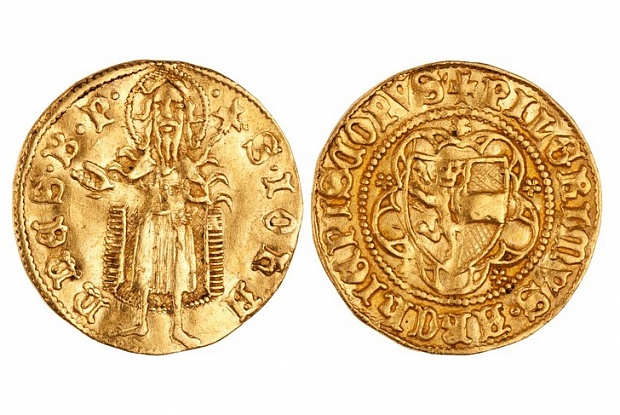 Ninety-four coins stolen in 1945 will be returned to the Salzburg Museum at a ceremony in New York tomorrow (May 26), more than 70 years after they were hidden for safekeeping in an Austrian salt mine.

The American Numismatic Society bought the coins in 1995 thanks to a donation from Chester L. Krause, a benefactor who suspected they were looted from Austria after the Second World War and wanted to save them from being dispersed on the market and lost.

After purchasing the coins, the ANS began making inquiries in Austria to trace the legitimate owner. Inventory numbers written in ink on the surface of the coins—a practise common in the 19th century—matched with an old card file in the Salzburg Museum.

“These coins were rather rare, which helped with the identification,” says Ute Wartenberg Kagan, the executive director of the American Numismatic Society. “We are delighted they will be returned to the museum where they belong.”

Towards the end of the Second World War, around 4,000 historic coins were removed from what was then called the Salzburger Museum Carolino-Augusteum, packed in a chest and stashed in a salt mine in nearby Hallein. In May 1945, in the chaotic aftermath of the war, rumours of plunder in Hallein circulated. In June 1945, US military authorities took custody of the coins.

But when the Monuments Men returned the coin hoard to the museum in 1946, around 2,600 pieces were missing. Some were recovered from private individuals including US military personnel in the years after the war, but in 1955, almost 2,500 had still not resurfaced.

The 94 coins to be returned to Salzburg tomorrow were in the possession of a man in the US who probably acquired them in Austria. He was unwilling to relinquish them without compensation, prompting Krause to offer to finance the ANS purchase.

Salzburg’s mint was one of the most important in medieval Europe and originated from a special dispensation to Archbishop Hartwig granted by the German Emperor Otto III in 996. One of the coins to be returned is a silver pfennig minted in the Archbishop’s reign. Another is a 14th-century gold florin of Archbishop Pilgrim II of Salzburg, the city’s first gold coin.

For Wartenberg Kagan, the case “illustrates that even today museums in the US should be acting as safe havens for looted objects. We think museums should go to auctions and acquire items to repatriate them," she says.