Are the Dutch Lagging in Efforts to Return Art Looted by the Nazis? 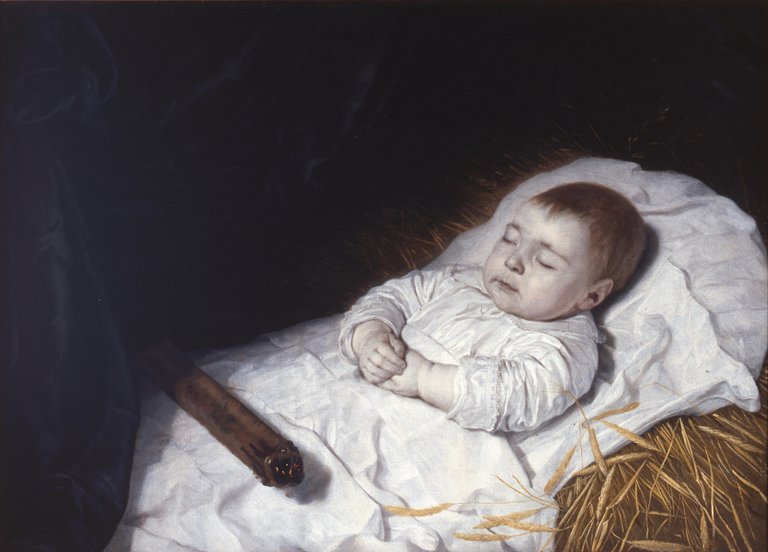 Deventer, The Netherlands — The small boy, all in white, lies still, his tiny hands cupped together, his eyes serenely shut. A wooden torch lies across the bedsheets, its flame conspicuously snuffed out.

This striking painting, “Little Boy on His Deathbed,” by the 17th-century Dutch master Bartholomeus van der Helst, was among more than 1,200 artworks seized by the Nazis from an Amsterdam gallery during World War II. Recovered by the Allies, the 1645 picture should have been returned to the family of Jacques Goudstikker, a well-known Dutch art dealer. Instead, it hung in a Dutch museum for a half century until the family won a restitution battle.

The journey of van der Helst’s work is emblematic of a period in Dutch history when a cold cynicism toward Holocaust survivors meant that thousands of masterly works were rescued from the Nazis only to end up as Dutch national property.

“It was a lack of compassion,” said Rudi Ekkart, an art historian the government hired in 1997 to track looted art and help find the rightful owners.

The lapses of that period, and earnest Dutch efforts to address them, are the subjects of the exhibition “Looted Art — Before, During and After WWII,” which opened on May 12 at the medieval Bergkerk cathedral here.

Six years in the making, the show features 75 works, including the portrait of the boy, and explores the uneven history of art looted by the Nazis from the Netherlands. Once ridiculed for its obtuse efforts at recovery, the Netherlands in the late 1990s embraced progressive and pioneering efforts that have led it to be considered a model for enlightened restitution.

But the country’s recent restitution efforts are coming under scrutiny as some international critics say Dutch policies for returning looted art have become stricter once again. Of particular concern is a policy that in recent years requires the government panel that judges restitution cases to balance the interests of national museums against the claims by Jewish survivors or their heirs.

The policy asks the panel to weigh “the significance of the work to public art collections” against the emotional attachment of the claimant. In 2013, for example, a claim for the Bernardo Strozzi painting “Christ and the Samaritan Woman,” filed by the heirs of a German-Jewish refugee, was rejected because it was important to the Dutch museum that housed it.

“The balance-of-interests test means that even if a claimant submits a claim to the restitution committee for a work of art, and even if the panel finds that the claim is good, is right, the claimants don’t automatically get their painting back, nor do they get any remedy,” said Anne Webber, the chairwoman of the Commission for Looted Art in Europe, which is based in London.

Gideon Taylor, the chairman of operations for the World Jewish Restitution Organization, said, “This is having a chilling effect on claimants.”

While there were efforts in Germany and other European countries after the war to compensate victims of Nazi looting, new scholarship and media coverage in the 1990s on the full extent of it persuaded some countries, like France and Austria, to revisit their own policies and to improve the restitution process. 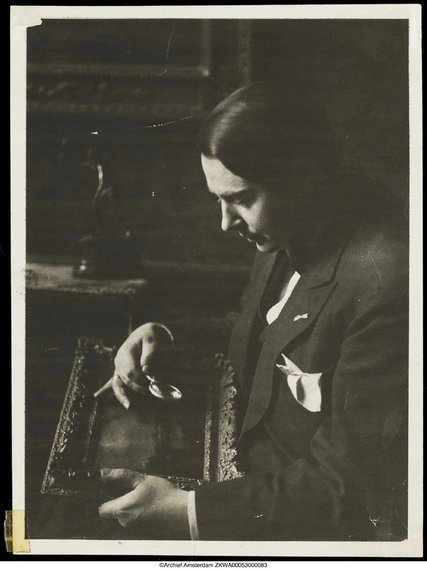 The art dealer Jacques Goudstikker, whose works were looted.

“When you consider the Netherlands in relation to the other European countries, it took an early lead, and they’re still doing a much better job than some other countries,” said Christopher A. Marinello, the chief executive of Art Recovery International, an Italian company that specializes in stolen and looted art. “But the efforts seem to have tailed off, as of late.”

The new exhibition focuses on a broader arc of Dutch restitution, stretching back to the war. It was conceived by Eva Kleeman, a curator based here, who, with her husband, Daaf Ledeboer, an urban development consultant, established a foundation to mount exhibitions in the historic Bergkerk. They were looking through government storage areas to find art worth displaying and said they kept coming across impressive paintings with so-called NK numbers on them. They were all from the NK Collection, a trove of some 3,800 looted works that have yet to be returned for a variety of reasons.

“We asked if we could borrow a work of art, and they said, well, it could be complicated, there could be a claim on it,” Ms. Kleeman said. “We were intrigued by that.”

After the war, the Allies returned some 8,000 to 9,000 works of art to the Netherlands that had been found in Germany. Those represented less than half of the works reported missing by the surviving Jewish claimants.

By 1951, when the Dutch government announced that the restitution process had been completed and had stopped accepting claims, only about 500 to 1,000 artworks had been returned to their rightful owners.

In their later research, Mr. Ekkart and the organization he led, the Origins Unknown Agency, found that the Netherlands had auctioned off some 2,500 looted works. Others had been folded into national museum collections. Jewish claimants were sometimes blocked from retrieving their art by tactics like charging them exorbitant “storage fees” for the time it had been held. 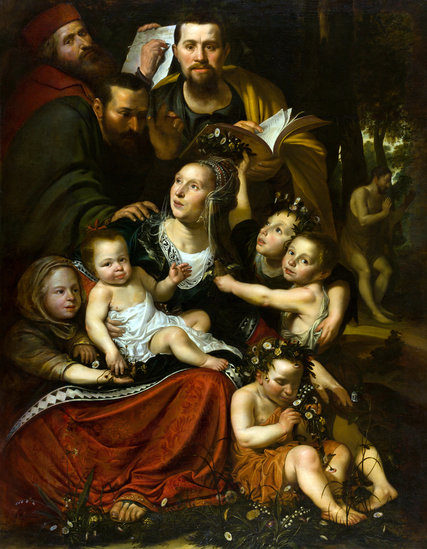 A work by Werner van den Valckert featured in the exhibition.

“I was shocked by the bureaucracy and the formalizing of so many things, and I’m myself a member of the after-war generation, born in 1947, and I was educated in a rather anti-German atmosphere,” said Mr. Ekkart, who continues to lead Dutch restitution efforts and curated the current exhibition with Eelke Muller. “It was rather frustrating to find out how much was wrong. My impression is that after the war, the authorities thought that the financial compensations that the people who came back got was enough.”

Mr. Ekkart’s committee recommended how to improve the system, and in 2002, a new Restitutions Committee was empaneled. One of the larger restitutions since was the 2006 return of 202 works from the Goudstikker collection to his heir in Connecticut, Marei von Saher.

But last year, the restitutions panel rejected all seven claims it received.

Heikelien Verrijn Stuart, a panel member, said that she did not think the “balance of interests” policy had led to any bias against claimants. Last year, she said, was not representative: The claims simply were not that strong. “In all the cases of 2016, we couldn’t establish ownership,” she said.

In October, the Dutch culture minister, Jet Bussemaker, sent a letter to Parliament, saying that she had asked an outside consulting firm to assess the activities involved in the nation’s restitution process, and that it had concluded “that the Dutch refund policy is successful, but there are ‘overlaps, blank spots and imbalances’ in the implementation.”

She outlined some planned changes, including term limits for members of the Restitution Committee and the establishment of a World War II Expertise Center, a centralized contact point for information and research that will open this autumn, as part of the NIOD Institute for War, Holocaust and Genocide Studies in Amsterdam. (Ms. Bussemaker declined to comment for this article.)

The organizers of the exhibition say their mission was not to ignite controversy about recent restitutions policy, but to call attention to the failures of the past.

“The policy is O.K., but it’s really much too late, and we can’t undo what we did wrong,” Mr. Ledeboer said. “Seventy to 75 years after the war, we’re really incapable of fixing it.”