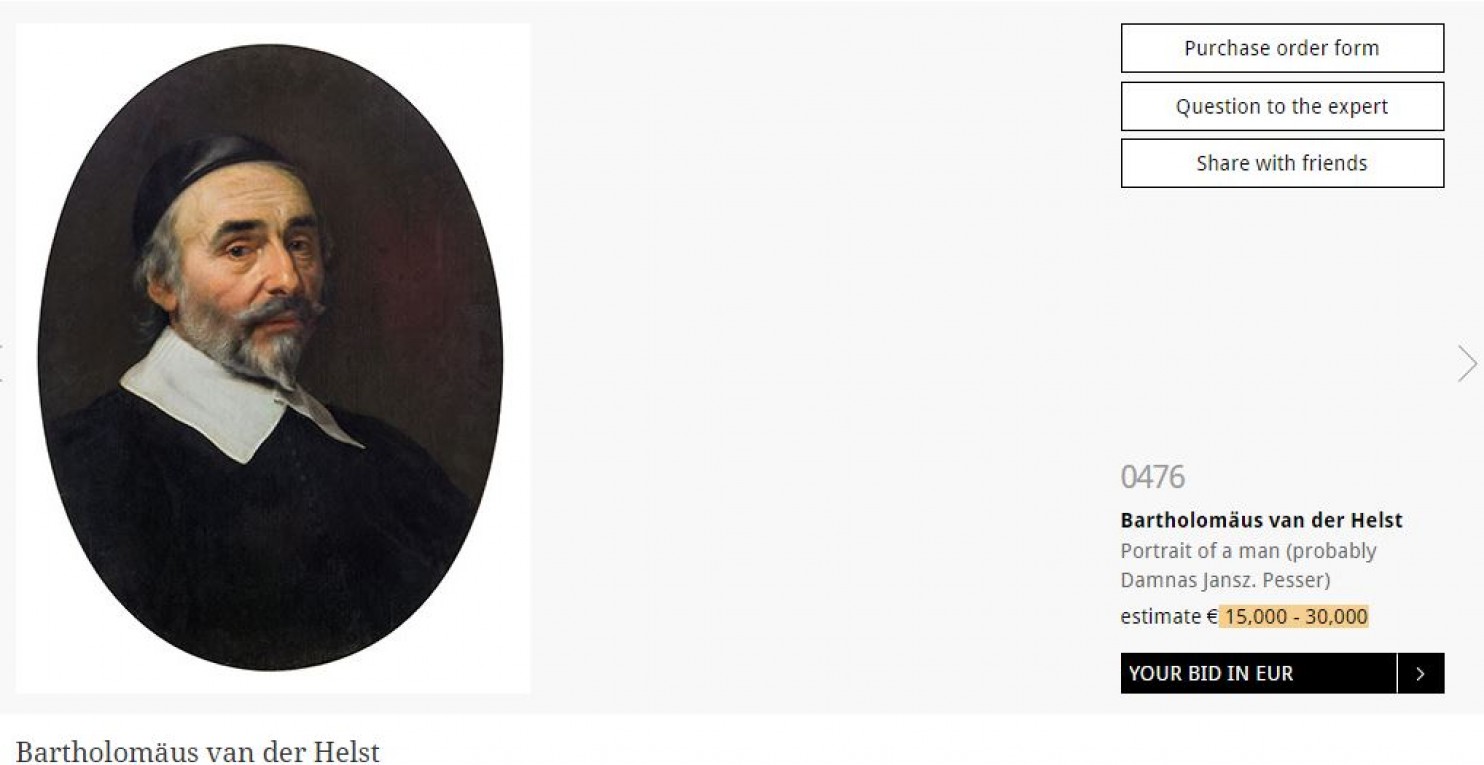 This painting was plundered by the Nazis in 1943 and ultimately made its way to an auction house in Austria.

As the Nazis marched toward France, the Schloss family knew Hitler's agents would come for their father's art.

Adolphe Schloss, a Jewish art collector, had compiled more than 300 paintings by Flemish and Dutch artists — still regarded as one of the best collections of his time. When he died, he left the collection to his wife, and it passed to their children before the outbreak of World War II.

But Adolf Hitler wanted the collection for his museum, part of the Nazi's plan to simply take cultural artifacts owned by Jews. Nazi officials began the hunt soon after the invasion of France, co-opting local police forces and leaning on informers to track down the paintings, which had been secreted away by Schloss's children.

The Nazis found the family's art in 1943, hidden in a chateau in central France, according to a history compiled by the Schlosses, and began the process of transferring the paintings to Germany — more prizes for Hitler's planned führermuseum. 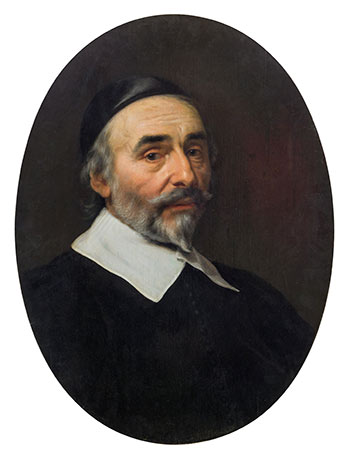 This Bartholomäus van der Helst painting was stolen by the Nazis before resurfacing at an auction house. The heirs of the original owner want it back.

But the artwork outlasted the Nazi regime. And one piece has resurfaced and found itself at the center of a dispute between its current owner, who wants to auction it, and the heirs of Adolphe Schloss, who want the painting back.

The painting is Bartholomäus van der Helst's “Portrait of a Man,” an oil print on wood. It features an unsmiling man wearing a cap. It's valued at $16,000 to $32,500 on the auction site im Kinsky, which makes no secret of the painting's checkered past.

Antoine Comte, an attorney for the Schlosses, said his client's argument is simple: The painting is stolen and should be returned.

“There’s no way they can ignore that the painting was looted,” Comte told The Washington Post. “We stopped the sale last year and we asked the prosecutors in Vienna to have the painting listed on Interpol.”

Ernst Ploil, director of im Kinksy, said a solution is not so simple, especially because the woman who owns the painting does not want to simply give it to the Schlosses. And Austrian law can't compel her, Ploil said. In Austria, a person who buys a looted painting can't be prosecuted or forced to turn over the artwork if they can show they purchased it in good faith.

Ploil, who is also an attorney, said he shared that fact with the Schloss family lawyers and the woman who now owns the painting. He said the owner, whom he wouldn't identify, was willing to work out a compromise: Sell the painting and split the proceeds.

But the Schlosses want the painting, not the money.

“It was not our idea that the Nazi crimes should be paid twice,” Comte told The Post. “If this were in France, it would be seized by the police and these people would be indicted. In Austria, the legal technicalities are not the same.”

The painting's journey through Europe over the past seven decades gives a glimpse into the messy world of plundered art.

No one disagrees that the Nazis' theft of treasures from Jews — often before shipping them off to concentration camps — was wrong.

But those artifacts continued to circulate well after the Nazis were relegated to the history books. Some have been valued at millions of dollars. Upon learning the murky history of their art, some organizations and individuals have returned them without question. Others, like the owner of “Portrait of a Man,” believe they don't have a moral obligation to give paintings back.

Ploil, who has represented people on both sides of the issue, said he hopes Austrian law is changed.

“I know it is unsatisfying, but it is legal here,” he said. “I don't want it to be. If someone would go to the government and complain there, then I'd say ‘Yes, please change the law.’ ”

He said his position crystallized as he studied the history of the painting he hopes to auction off.

It was stolen twice, he said:  first by the Nazis, then by someone who looted an unguarded repository in the chaos near the end of World War II. It surfaced again in Germany in the late 1980s or early 1990s, along with others from the Schloss collections. Many made their way into the hands of legitimate art dealers, where they changed hands again and again.

They joined a tide of plundered art whose origins sometimes even shocked the people who owned them.

According to the Jewish Virtual Library, “The Third Reich amassed hundreds of thousands of pieces of artwork — worth billions of dollars — and stored them throughout Germany.”

Allies found stolen art in 1,000 repositories across Germany and Austria. Nearly 700,000 pieces were returned to rightful owners or their heirs, aided by databases, updated guidelines and stricter laws, but some pieces still remain in museums or private art collections.

In 2000, the National Gallery of Art relinquished a Frans Synders still-life after a French Jewish family said it was looted by the Nazis during World War II.

“It's a wonderful painting,” Arthur Wheelock, curator of northern baroque painting at the National Gallery, told The Post's Michael Dobbs. “We hung it with great pride.”

According to the Schlosses, more than 171 paintings initially plundered from their family have not been recovered.