Though the start of Documenta 14’s Athens half is less than two weeks away, the show’s organizers still have not released an artist list, saying that they don’t want to play the hype game. Nevertheless, a few details are known about the programming from interviews with its curators and news releases. For one thing, works by some 70 artists in the collection National Museum of Contemporary Art in Athens will be integrated into the display at the Fridericianum in Kassel, Germany, where the show will open in June. Also, there will be a performance involving horses—large ones, not ponies—at the opening in Athens.

Now comes word from Documenta that Maria Eichhorn’s contribution to the quinquennial is a project called the Rose Valland Institute, which “searches and documents the expropriation of Europe’s Jewish population as well as its past and continuing impact.” In anticipation of a September 11–12 workshop that it will host in Kassel, the institute is looking for papers about “orphaned Property in Europe.” More details are available on Documenta’s website. Move with haste: submissions are due by May 5. 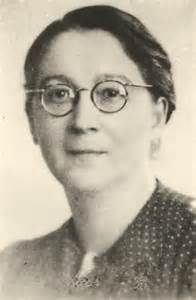 Eichhorn, who is known for her biting institutional interventions (last year she shut London’s Chisenhale Gallery for a month as her solo show, effectively giving the staff paid time off), has looked at issues of restitution in some of her past work. Here’s an Alexander Alberro essay about one of her efforts in that area.

In a Documenta 14 publication about the Gurlitt collection, the art trove containing Nazi-looted work that was discovered in 2012 in a Munich apartment, Eichhorn discussed some of her thinking about expropriation. She said in part:

It also has to be assumed that further undiscovered works from the Gurlitt estate exist outside Germany, and that there must be still more such plundered goods hidden within Germany. It seems obvious that there are stolen items in the possession of German families, as well as land and property obtained under duress or illegally.

The institute is named for Rose Valland, a French art historian and member of the Resistance who tracked Nazi art theft during World War II.