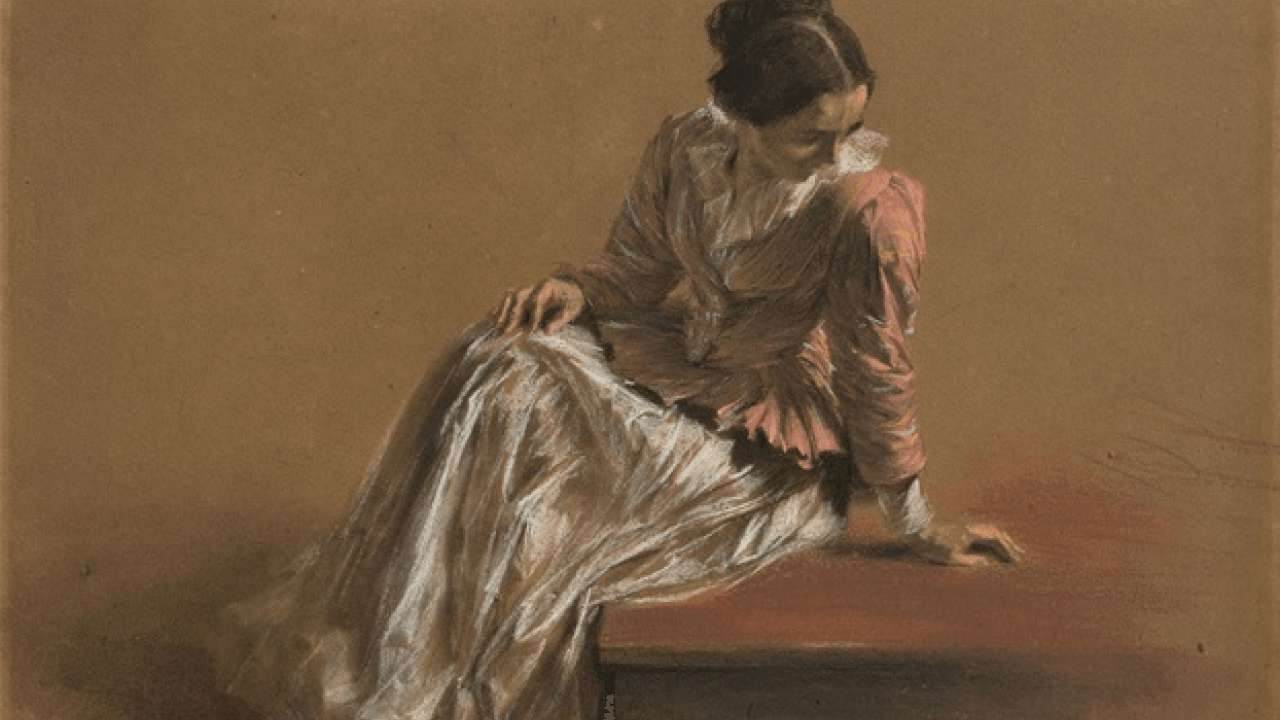 "Dame mit roter Bluse" by Adolph Menzel was returned to the Mosse family after a 2012 investigation.

Returning Nazi-looted art to rightful owners often bogs down in lengthy legal battles that hinge on arcane details. In the case of the Mosse family, Jews who built a fortune as newspaper publishers in Germany from the late 1800s through the early 1930s, the fight to recover their looted art collection has become decidedly easier.

Earlier this month, the Berkeley-based Mosse Foundation announced a partnership between German museums and researchers from a university in Berlin to search for the family’s stolen art. Once found, the art will be reclaimed, but not necessarily repossessed. 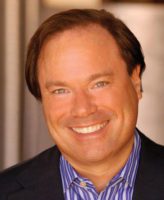 “It’s an uncomfortable thing [for a person or museum holding a piece of artwork] to say that something which you’ve lived with for a long time, that you’ve been a custodian of, and may take some pride or pleasure in, may not be yours,” said Roger Strauch, an heir to the Mosse family fortune and a board member of the foundation.

Eleven German institutions have signed on to help locate and identity the artworks. So has the German government, which had not previously collaborated with Jewish heirs to search out stolen works, according to J. Eric Bartko, investigations director at the S.F.-based law firm Bartko Zankel Bunzel Miller. The partnership seeks to identify only the works of art in the Mosse collection.

Soon after Hitler, a famously failed painter, took power, the Nazis began to systematically purloin artworks, plundering museums as well as confiscating art owned by Jewish collectors. The practice, which continued throughout the war, is one of the largest robberies in history.

Formed in 1943 and operating through 1951, the Monuments, Fine Arts and Archives Section, a 350-strong group of men and women from 13 countries — aka the Monument Men — worked to restore stolen art. But the Monument Men returned art to countries, not families, and in some cases Jews had to fight with their own governments for possession.

Independent Jewish efforts to recover stolen art have been underway for decades but hit important milestones in recent years. In 1988, 44 countries signed the Washington Principles on Nazi-Confiscated Art, which set guidelines for restoration of looted art. But in many cases, Jewish families still had to repurchase the art.

According to the Mosse Art Project website, the Mosse family business published 130 newspapers and journals, and during the rise of the Nazis, it soon became a symbol of the “Jewish press.” The publications were openly critical of Hitler, and as a result, the Nazis in 1933 confiscated the family’s art collection and substantial property holdings. Under the direction of Karl Haberstock, an art adviser to Hitler, the Third Reich auctioned off the collection and other valuables in 1934.

Some Mosse family members ended up in the United States after fleeing or being exiled from Germany. Hans Lachmann-Mosse, who ran the business after his father died in 1920, and his second wife, Carola Strauch, went to Paris and eventually settled in Lafayette. Carola had a son, Karl, from a previous marriage, and Karl went on to father Roger Strauch. 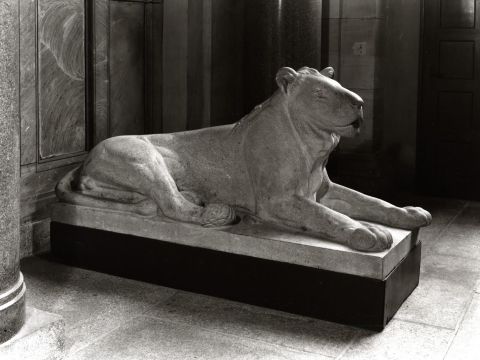 A sculpture of a lion by August Gaul was restored to the Mosse family in 2015. (Photo/Staatliche Museen zu Berlin)

A venture capitalist, Roger Strauch urged Bartko’s law firm — known for its work in intellectual property cases and complex international litigation — to take on the project to recover the family art collection.

The investigation kicked off in 2012 and has recovered nearly 20 pieces, including a pastel drawing by Adolph Menzel called “Dame mit roter Bluse,” a sculpture of a lion by August Gaul and an Egyptian marble sarcophagus from 200 C.E.

At this point, Strauch and the other Mosse heirs have no plans to reassemble the collection. Instead, Strauch said the heirs plan to “monetize and divide the proceeds between the heirs and the project manager after project expenses.”

But, Strauch added, the heirs will consider the interests of the current caretakers when deciding how to handle the recovered items, which the heirs would decide on a case-by-case basis.

For those working to recover the collection, there is a long way to go. Bartko said he has identified about 1,000 pieces by name but believes the Nazis looted more than 4,000 works from the Mosse family

In some ways, the Nazis’ infamous record keeping made the task of recovery slightly less onerous. Prior to the 1934 auction of the Mosse collection, each piece was catalogued and appraised. Bartko was able to recover the Nazi catalogue, which has made the task of proving that the art belonged to the Mosses significantly easier. It could also pave the way for other Jewish families to collaborate with German institutions.

“I’m grateful and impressed with both the spirit and actions of the German institutions,” Strauch said. “It took a lot of hard work to make this formal collaboration possible.”