German Art Collectors Face a Painful Past: Do I Own Nazi Loot? 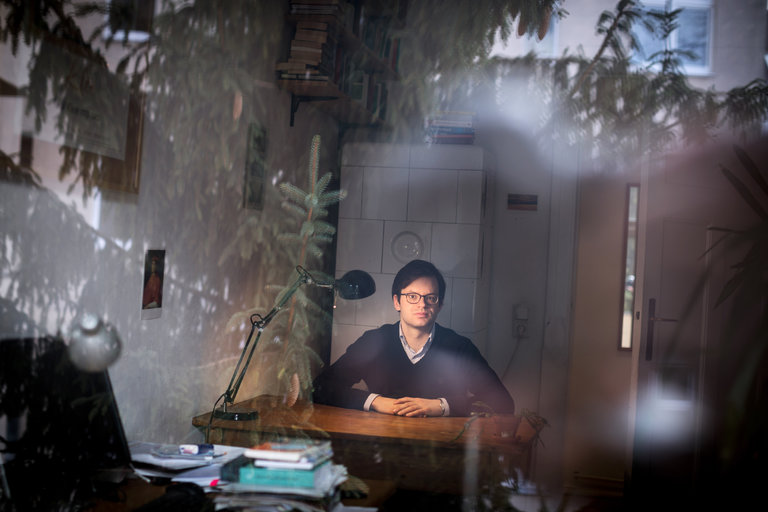 Sebastian Neubauer, who said that he confronted some unresolved family history when his grandmother died, in Berlin.

BERLIN — After World War II, few Germans with sizable art holdings made a point of digging into their collections for signs of Nazi looting.

And because private collections were off limits for those trying to track down stolen art, works of unexamined provenance have hung for decades in family homes and office corridors, the stories of how they were acquired often vague, inconsistent or simply not discussed.

But as one generation of Germans has died and given its art to the next, a number of people with prominent collections and unsettled consciences have stepped forward to investigate what they own.

“I don’t want stolen goods hanging on the wall — it’s quite simple,” said Jan Philipp Reemtsma, who hired a researcher 15 years ago to examine the collection he inherited from his father, the tobacco industrialist Philipp F. Reemtsma.

Now, to persuade more collectors to undertake such research, the German government has announced it will begin subsidizing such efforts, using money from a national fund of 3.4 million euros (about $3.6 million).

“With the new funding, we will be able to support people by helping them to find out how such objects came into their family,” said Uwe Hartmann, head of provenance research at the German Lost Art Foundation. The foundation reviews applications from art owners seeking help and awards grants as high as €300,000 (about $320,000).

Until now, public money had helped to search for looted items only in German museums and libraries. The decision in February to broaden the scope was made after the 2013 revelation of Cornelius Gurlitt’s art hoard in his Munich apartment. 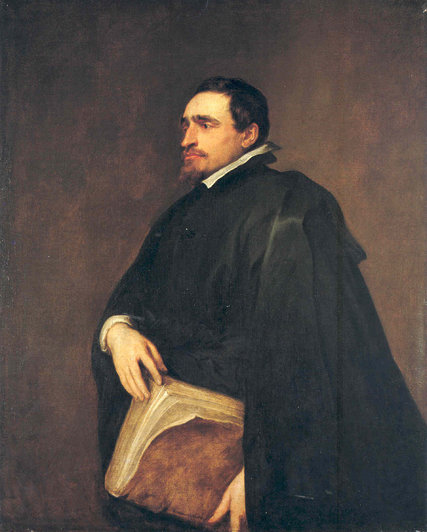 “The Portrait of Adriaen Moens” by Anthony van Dyck.

Mr. Gurlitt had inherited the art from his father, a dealer for the Nazis who purchased works that had been seized from Jewish households or sold under duress by Jews desperate to flee. The case brought the issue of tainted art in private collections to the fore, raising the specter that thousands of plundered artworks might be lurking in attics and cellars.

The German government team studying the Gurlitt works has identified five that were looted or sold under duress, and another 153 that it suspects were looted.

Mr. Hartmann said in recent years that he had seen an uptick in interest by private collectors who want to understand the origins of their art. He estimates reviews of a dozen collections are underway or have been completed. His office had long received the occasional package in the mail, containing an object the sender assumed was stolen, he said. Since the Gurlitt case, the parcels are more frequent, he said.

“We received four miniature paintings with a note saying, ‘We know our father was in Ukraine,’” Mr. Hartmann said. But all he could do, he said, was to send them back and post photographs on lostart.de, an online database that carries images of art with unclear provenance.

Some owners did not need the Gurlitt discovery to pique their curiosity. In 2006, a few years after Mr. Reemtsma hired the provenance researcher Silke Reuther to study his collection, so did Bettina Horn, who runs a foundation that manages the art collection of her husband, Rolf Horn, who died in 1995.

“It is an ongoing duty,” Ms. Horn said. “If this generation doesn’t complete it, then it will fall to the next.”

Ms. Reuther did not find any looted works in either collection, although she did note wide gaps in the provenance for many of the works. 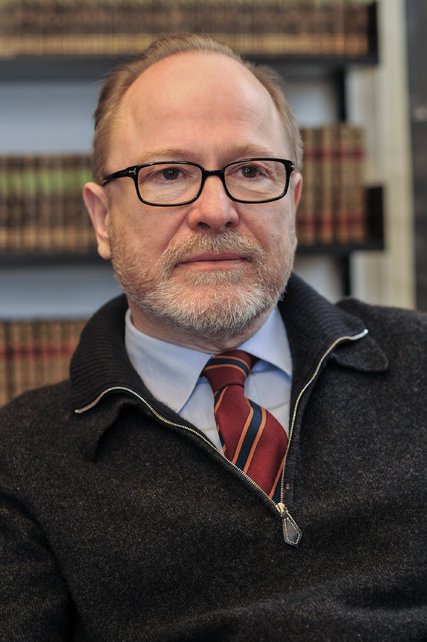 Jan Philipp Reemtsma, who hired a researcher 15 years ago to examine the collection he inherited from his father.

But the family-owned company Dr. Oetker, which makes baking products and other foodstuffs, has identified four looted paintings in its possession out of about 200 so far researched in an effort that stretches back several years.

One of the works, “The Portrait of Adriaen Moens,” was painted in 1628 by Anthony van Dyck and hung for many years in a quiet corridor leading to the executive suite at Dr. Oetker’s modest, red-brick headquarters in Bielefeld. It depicts Moens, an Antwerp theologian, in profile, with a neatly trimmed mustache and goatee and a voluminous black gown, resting his fingers lightly on the yellowing pages of a large, leather-bound book.

The company announced this year that it was returning the painting to Marei von Saher, the sole heir of Jacques Goudstikker, a Dutch dealer who fled the Nazis in 1940. The portrait was forcibly sold and passed through the hands of the Luftwaffe commander in chief Hermann Goering, the Dutch government and a London old masters dealer before being acquired in 1956 by Rudolf-August Oetker, then chief executive of Dr. Oetker.

Tracking down the original owner is part of a long process to confront a dark chapter of the company history that Mr. Oetker’s children could only begin after his death in 2007. An untersturmführer in the Waffen-SS, Mr. Oetker took over the firm in 1944 from his stepfather, a committed Nazi. After the war, he defended the company’s record during the Third Reich and venerated his stepfather’s achievements.

But Dr. Oetker had profited from its SS and Wehrmacht connections and had “Aryanized” Jewish property, as a comprehensive study by three historians revealed. After the study was published in 2013, “it became clear a second step would require a scholarly approach to research the provenance of objects in the art collection,” said Jörg Schillinger, a historian and spokesman for Dr. Oetker.

In October, Dr. Oetker announced that it had hired a researcher to investigate the company’s collection of silver and gold antiques, porcelain and several hundred paintings, largely acquired by Mr. Oetker. In addition to the van Dyck, it has announced it will return “Springtime in the Mountains,” by Hans Thoma, to the heirs of Hedwig Ullmann, a Jewish art collector who fled Nazi Germany before the outbreak of World War II.

Given German law, the heirs of the original Jewish owners must rely on the good will of private collectors. While museums are bound by the international Washington Principles — which require them to reach “just and fair solutions” with the heirs if they identify Nazi-looted art in their possession — those principles do not apply to corporate collections or private individuals, and the law protects the current holders of stolen art with statutes of limitation and other defenses. 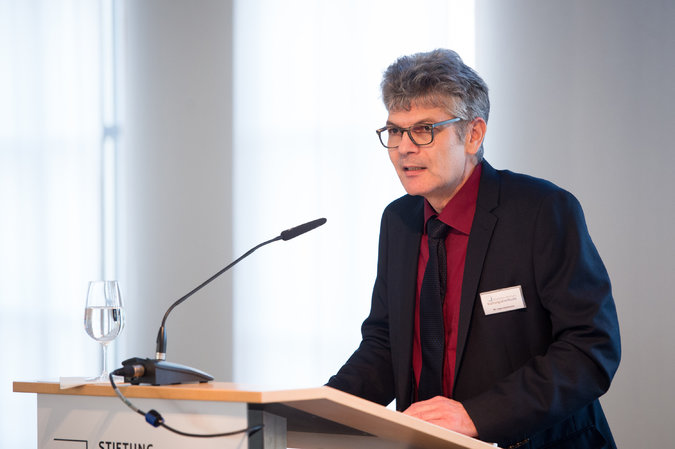 But Mr. Hartmann, who helps run the government funding program, said the current generation is more aware of the restitution issue and willing to talk about it.

“In some cases,” he said, “this was a subject that was taboo while their parents were alive, and the children are only willing to address it now.”

Sebastian Neubauer, 31, said that he confronted some unresolved family history when his grandmother died. He and other relatives inherited “Spanish Dancer,” a painting by Gustave Doré that his grandmother had loved. She had always described it as an old family treasure, one she had saved when the family home in Leipzig was hit by a bomb in 1943 and she carried the painting and several other items away in a suitcase.

But after her death, Mr. Neubauer’s family uncovered a different story in letters sent to her by her father during World War II. Her father wrote of acquiring the painting at no cost in Paris and described it as compensation for art the family had lost in the Leipzig bombing.

“It’s pretty clear that it was stolen,” said Mr. Neubauer, a political scientist studying for his doctorate. “The story of the suitcase was true, but the painting wasn’t in it.”

The question for Mr. Neubauer, his mother and his aunt was: “Do we want to be complicit in this crime? Do we want to profit from it?” he said. “No. We all agreed we wanted to give it back to the owner. We didn’t want to keep it.”

No one has claimed the painting, which has been on the site since 2009.

“I think there are so many more stories like that, so many lost objects lurking in people’s homes,” Mr. Neubauer said. “There is a deathly silence hanging over it.”