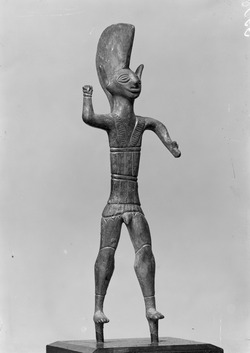 Dating from the late sixth or early fifth century BC, the statuette entered Berlin’s state collection in 1860 and was housed for decades in a hall filled with ancient bronzes in the Altes Museum on the city’s Museum Island. In 1939, it was sent into storage to protect it from bomb damage and vanished without a trace. It is likely that it was stored either in the imperial mint or a flak tower in eastern Berlin and stolen in the chaotic aftermath of the Second World War.

“We have no idea where it went,” says Martin Maischberger, the deputy director of Berlin State Museums’ antiquities collection. “At the end of the war some of these storage places were unprotected and there were incidents of theft by civilians and Allied personnel.”

The bronze was part of an English private collection and sold at auction in 2015. It was later consigned to the London art dealership Oliver Forge and Brendan Lynch Ltd. After Forge consulted an expert at the British Museum who identified the statuette as missing from the Berlin antiquities collection, the consigner agreed to return it. Berlin State Museums paid a small fee “as compensation, not the full market value,” Maischberger says.

A partner warrior bronze that also vanished after the war has been located in the university museum in Bochum in western Germany. The Berlin antiquities collection is in talks to recover it, Maischberger says. The collection is still missing thousands of pieces that disappeared at the end of the Second World War. 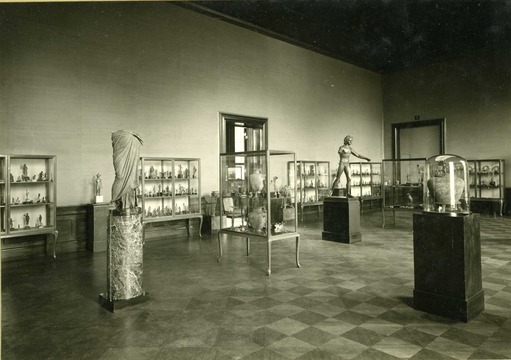 The Etruscan bronze statue was exhibited until 1939 in the Altes Museum in Berlin (Image: © State museums of Berlin, antique collection, photo archive)