PARIS — “If only the paintings could talk,” she said. 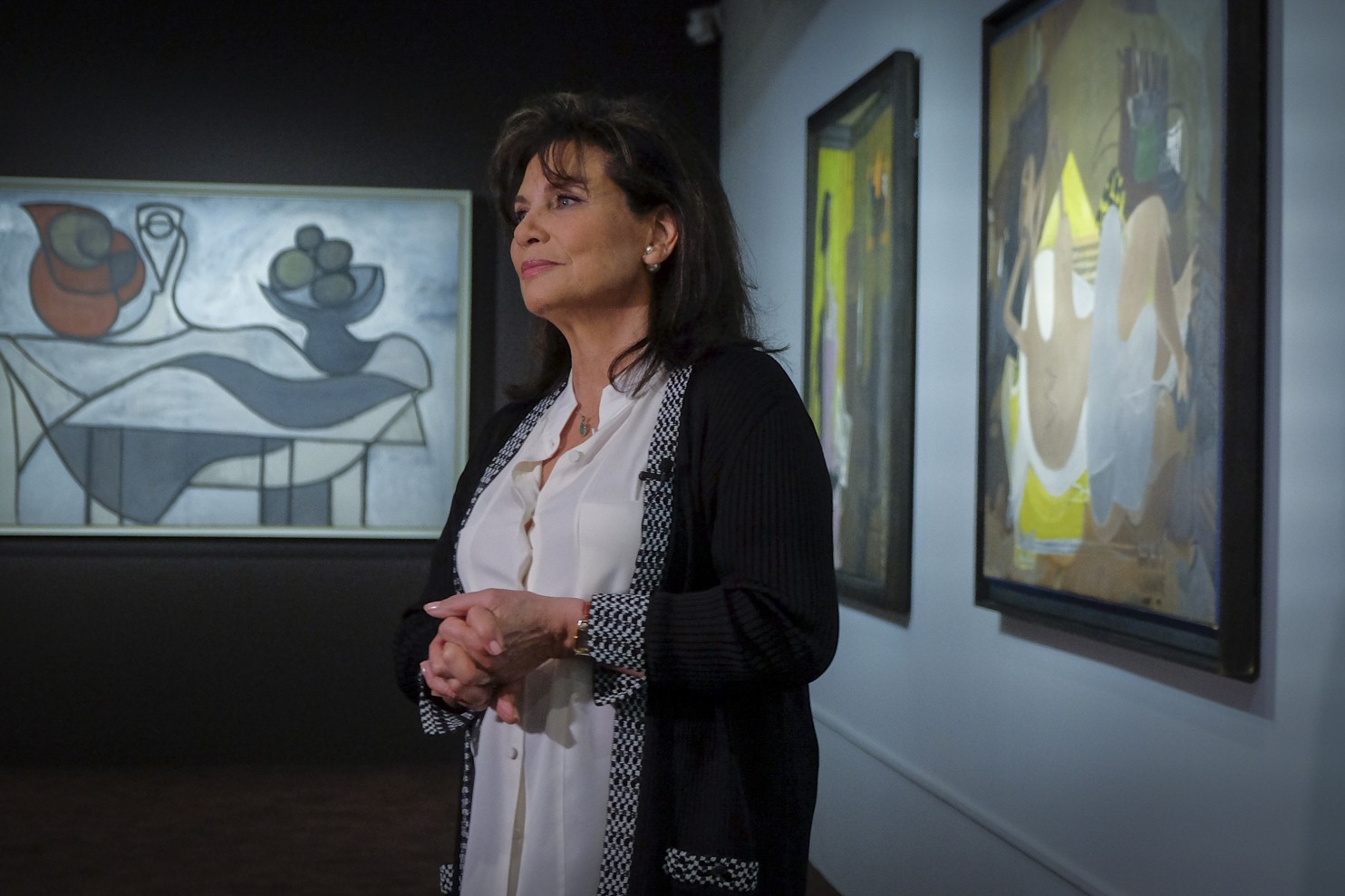 Anne Sinclair stands among a newly hung art exhibition of her family's collection at Musée Maillol in Paris on Monday. She is the granddaughter of the art dealer Paul Rosenberg.

For Anne Sinclair, the prominent French journalist and granddaughter of the legendary Parisian art dealer Paul Rosenberg, the modernist masterpieces in her family’s collection contain multitudes of often dissonant stories. They represent major developments in 20th-century art: fauvism, expressionism, cubism. But they also testify to the darkness and brutality of the Holocaust.

After Adolf Hitler invaded France in 1940, the Nazis seized hundreds of thousands of works of art from Jewish collectors and dealers: The French government estimates around 100,000, but experts say the real figure is at least three times higher. Rosenberg, an early champion of Pablo Picasso, Henri Matisse and Georges Braque, was among the notable targets. Several of his most-prized pieces, including a 1918 Picasso portrait of the dealer’s wife and daughter, made their way into the hands of Hermann Goering, the high-ranking Nazi official and connoisseur of stolen art.

Since her grandfather’s death in 1959, Sinclair and her family have worked to recover as many missing works from the Rosenberg collection as possible — sometimes engaging in lengthy legal battles. On Thursday, Sinclair will open an exhibition at Paris’s Musée Maillol of 66 paintings that once passed through her grandfather’s gallery. But in the Europe of 2017, as nationalist parties soar in popularity — including in France — Sinclair, now 68, sees the exposition as a warning of what that type of regime can do when put in power.

“For the first time, I understood what my grandparents and my parents used to say about the 1930s,” she said. “This is not to say we live in the same kind of moment. It’s different. But I feel I am also facing a world that all of a sudden seems totally foreign — and a world that disdains culture.” 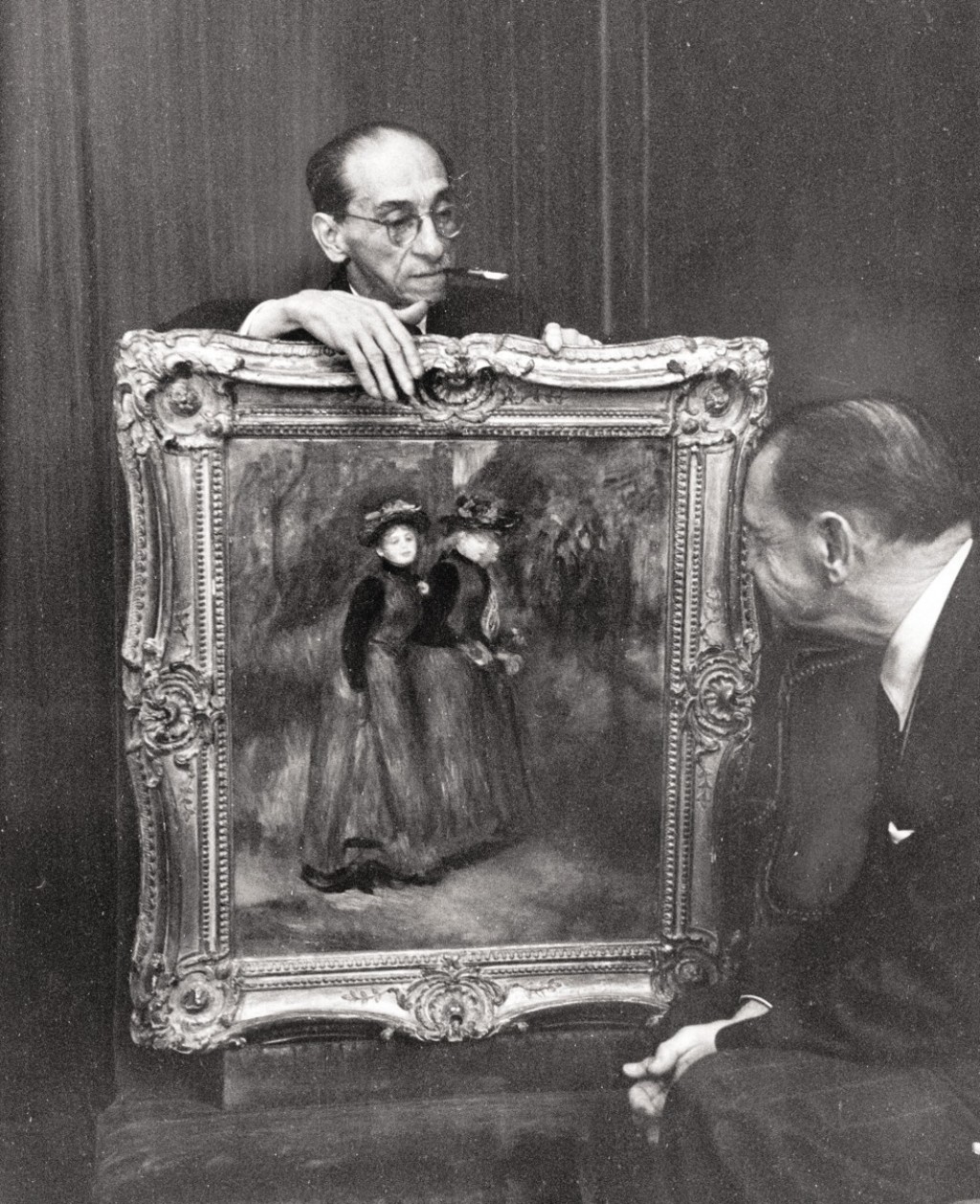 The exposition — an earlier version of which opened in Liege, Belgium, last fall — is titled “21 Rue La Boétie,” after the address of Paul Rosenberg’s original Paris gallery and the French title of Sinclair’s memoir. In a cruel irony, the Nazis transformed the elegant mansion into what they called the Institute for the Study of the Jewish Question during the war.

“The Nazis tried to destroy European civilization,” Sinclair said. “They saw in art what they wanted to attack, to destroy.” This, she noted, is the point in recovering and presenting these artworks — even more than preserving family memories: “Of course, we have to know what their story is, but the memory they preserve is ultimately the memory of a civilization.”

For Emmanuelle Polack, a Paris-based art historian who conducted much of the research behind two Matisse canvasses that were returned to Sinclair and her family, the project of restitution is both personal and collective. “When you give back a painting, you give back an identity, a family, a memory — but also a culture,” she said.

More than 70 years after the end of World War II, the story of the Nazi assault on European art — Jewish-owned or otherwise — is well-known. After the war, the Nuremberg trials established looting as a war crime, and after decades of delays, a number of high-profile restitution cases have been successful.

In 2006, for example, the Austrian government was forced to return a famous Gustav Klimt portrait of Adele Bloch-Bauer — the wife of a Jewish industrialist who later died in exile following Nazi persecution — to her niece, the Los Angeles resident Maria Altmann, who had fled to the United States as a young woman and who died in 2011.

In most cases, however, restitution is the exception, not the rule. The burden of proof lies with the plaintiff, and public institutions typically are loath to part with works of art they have held for decades. Also complicating matters is the fact that a particular artwork may have been stolen by the Nazis from its original Jewish owner but then legally acquired by an unsuspecting buyer after the war. In addition, few claimants have the means to fight a case that can last more than a decade. 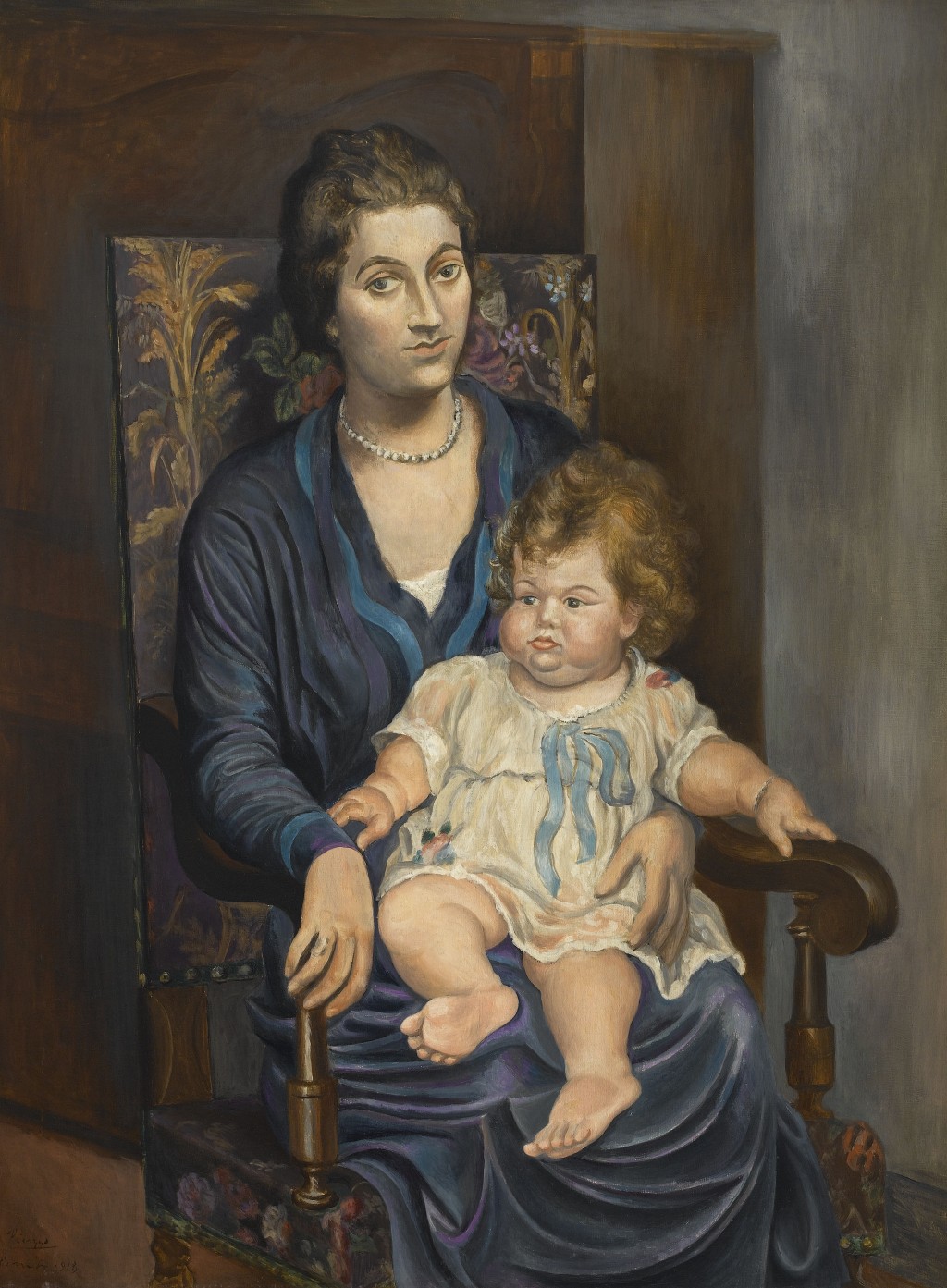 Despite public fascination with restitution cases, some European governments have stopped actively searching for the rightful owners of stolen artworks. According to Agnes Peresztegi, a Paris-based lawyer and president of the Commission for Art Recovery, France is chief among them.

“Some countries have at least started,” she said. “France hasn’t scratched the surface.”

According to statistics from the French Ministry of Culture, more than 60,000 stolen works of art were returned from Germany after the war. While more than half were reclaimed by their original owners in the late 1940s, a quarter were kept by the French state. Some 13,000 of those were sold, with the proceeds going into France’s coffers, while the remaining 2,000 went to French museums.

Many are still on public display, marked with the anonymous “MNR,” the French initials for “National Museums Recovery.”

In the mid-1990s, when then-President Jacques Chirac for the first time formally apologized for France’s collaboration in the Holocaust, the French government did launch an investigation into the provenance of these orphaned artworks. But since restitution began in 1951, only 107 of the works kept by the French government have been returned, 79 from the MNR collection.

Progress has slowed since then — mostly, researchers say, because the government does not have the funds for arduous searches. Despite a push in recent years by French Sen. Corinne Bouchoux to reopen the restitution project, critics say little has changed.

“What I would like is for there to be put in place a welcome center that could orient people who have questions,” said Polack, the historian, noting that many descendants are daunted by the bureaucratic red tape involved with filing such a claim. “It should be the honor of France to do this, an honor for citizens to work on this. If there is ever the possibility to repair — even a little bit — why not?”

Sinclair’s exhibition presents just a sliver of the art that left Paris in the 1940s — a collection she hopes can testify to the power of European culture in a Europe where growing numbers no longer seem moved by the memory of the Holocaust and World War II.

Ahead of France’s presidential elections this spring, Marine Le Pen, the leader of the far-right National Front party, appears almost certain at least to qualify for the final round of the vote. Le Pen’s father, Jean-Marie Le Pen, now 88, who co-founded the party in the mid-1970s, is a convicted Holocaust denier.

Even if Marine Le Pen loses, Sinclair said, “what does it mean for France — as a refuge, an asylum and a country of human rights — that so many French will have supported her? For me, that’s a country that makes me afraid.”

In the meantime, there are the canvasses of Picasso, Matisse and Braque. “What we hope to show in this exposition,” Sinclair said, “are, well, the forces of culture.”