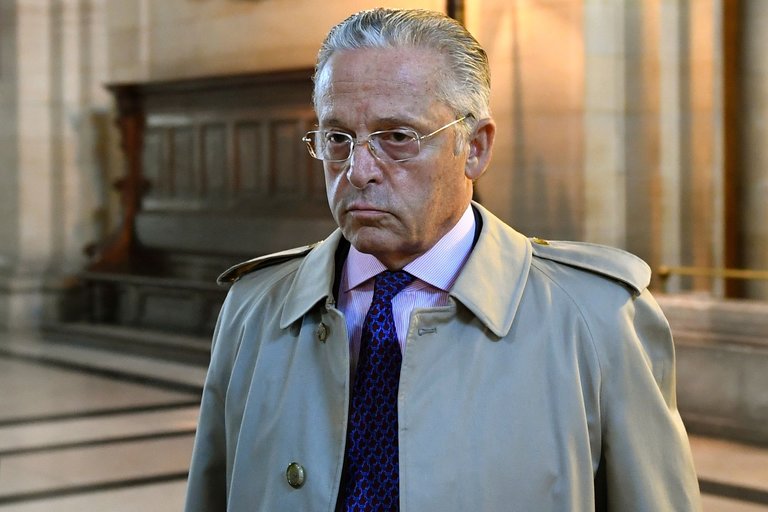 PARIS — In a surprise verdict, a French tribunal of judges cleared Guy Wildenstein — the patriarch of an international art-dealing dynasty — of charges that he laundered money by shielding a precious collection in a maze of foreign trusts to avoid inheritance taxes.

Olivier Géron, the lead judge who had presided over the trial last fall, announced the decision Thursday at the Palais de Justice. He spent an hour reading a ruling that he acknowledged could seem to “defy common sense” because Mr. Wildenstein and his family had demonstrated a “clear intention” to conceal their wealth over generations.

But their behavior, the decision said, fell into a gray area before France enacted legislation in 2011 to require the declaration of foreign trusts.

The authorities had sought a 250 million euro fine (about $267 million) for Mr. Wildenstein, 71, who is president of Wildenstein & Company, a New York art gallery. The case also ensnared his nephew and his estranged sister-in-law, along with Swiss and French legal advisers and foreign trust companies. They were cleared as well — a defeat for a relatively new prosecution unit that had been created to combat international tax evasion.

Monica d’Onofrio, the prosecutor, had demanded severe punishment for Mr. Wildenstein, including prison time, calling the family’s financial operations “the longest and the most sophisticated tax fraud” in contemporary France. The French media had also labeled the Wildensteins the “impressionists of finance,” a reference to the family’s deep collection of art, which included works by Bonnard, Fragonard, Caravaggio, Poussin and Watteau.

Mr. Wildenstein was not in court for the verdict. But his lawyer, Hervé Temime, said he had called the art dealer and he was “relieved” by the outcome.

Mr. Wildenstein’s legal team had argued at trial that he was unaware of the complex terms of the trusts managed by legal advisers.

Mr. Wildenstein was accused of underestimating inheritance taxes after his father, Daniel, died at the age of 84 in 2001, in France. Prosecutors contend that Mr. Wildenstein and his brother, Alec, schemed to hide art and assets under the complex trusts and moved millions of dollars in artworks to tax havens in Switzerland days after their father died.

The Wildensteins have a presence in the art world dating back four generations, to 1875, and testimony at the trial showed how the family used its artwork to reap income from bank loans against the rising value of the paintings.

The case grew out of legal battles waged by women in the family who have complained of having been excluded from the business and cheated out of inheritances. Sylvia Wildenstein, Daniel’s widow, sued her stepsons over his estate, contending that assets had been hidden from her in the trusts.

Those tensions were still apparent on Thursday. Outside the courtroom, a lawyer for Mr. Wildenstein trailed Mrs. Wildenstein’s former lawyer, Claude Dumont-Beghi, and loudly called the lawyer a “crook” while she spoke with reporters. Ms. Dumont-Beghi ignored him, insisting that the nation’s laws need to be changed to apply to trusts created before the new legislation was enacted to combat tax evasion.

Mr. Wildenstein still faces other legal hurdles in civil court, including the claims by the state for about €500 million (about $534 million) in back taxes and other complaints rising from works seized by the police from the vaults of the Wildenstein Institute in Paris because the ownership was not clear. Those works remain in police possession.