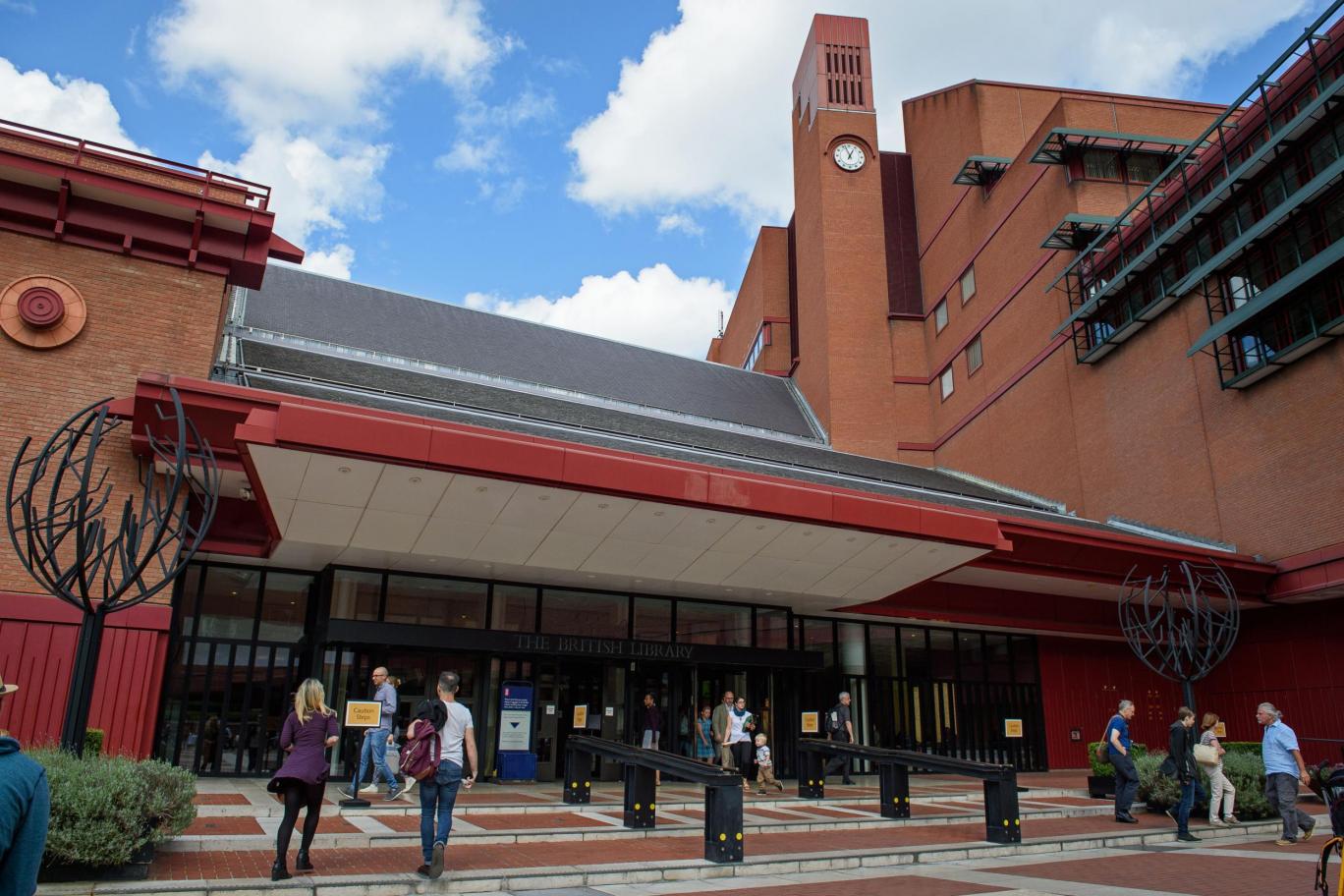 Lost book: The British Library will return a book stolen by the Nazis back to the family of its original owners

The British Library has handed back a book after a sharp-eyed member of staff realised it had belonged to a Jewish art collector murdered by the Nazis.

The copy of a German play dating back to 1913 was part of Austrian Karl Maylander’s collection which was  stolen when he was deported to Poland in 1941, where he died.

His descendants, now in the United States, struck a deal with a museum in Vienna last year for the return of two sketches by Austrian artist Egon Schiele that had originally belonged to him.

The library said one of its curators noticed the play had a book plate saying it belonged to Mr Maylander and “further investigation revealed an overwhelming likelihood that the copy had indeed been part of his library when he was deprived of ownership”.

Kristian Jensen, head of collections and curation at the British Library, said: “We identified the body which acts for the legitimate heirs and immediately made contact with them so that we could restore the book to the rightful owner.” Anne Webber, who co-chairs the London-based Commission for Looted Art in Europe, said the return of the book, which is valued at around £20, would be worth much more to the family.

She said: “We have returned over a thousand books and every time a family gets a book back it always means a huge amount to them because it is something their relatives held in their hands and read and cared about.

“The case I always tell people about was when we were approached by a German library who had three books with a woman’s name, her maiden name and married name, written in them. Based on that we established she was a Jew from Germany who fled to Belgium in 1939 with her husband and two children thinking it would be a safe haven.

“The husband and wife and eldest child were arrested and murdered but the youngest daughter was sheltered by a Catholic family, survived the war, and was then sent to Palestine as an orphan. We found her and returned the books to her. She was a grandmother herself and it was the first time she had ever seen her mother’s handwriting because the family had lost everything.”

Another case inspired the Helen Mirren film Woman In Gold, about the legal battle to recover Gustav Klimt’s portrait of Adele Bloch-Bauer by her niece, almost 70 years after it was stolen by the Nazis.