How $2-billion in Old Masters, including Da Vinci's 'Lady With An Ermine,' Gets To Stay in Poland

Europe's Old Master collections – and specifically Poland, one of the most looted repositories of art under both the Nazis and the Communists during the 20th-century – got a big boost this week from the noble, elegantly-exiled Czartoryski family. Specifically, aging scion Prince Adam Karel Czartoryski, a Polish-Spanish aristocrat who is a maternal (Bourbon) first cousin of King Juan Carlos I of Spain, has formally inked a deal with the Polish government to transfer title to the some 86,000 objects, paintings and manuscripts – including Da Vinci's 'Lady With An Ermine,' Rembrandt's 'Landscape with the Good Samaritan,' and works by Renoir – valued at some $2 billion on the open market. Given the stunning quality, breadth, antiquity, and depth of the collection, Polish Deputy Prime minister Piotr Glinski conceded at Thursday's signing that the Polish government's extremely nominal 100-million fee to the Czartoryskis basically amounted to a sort of quiet acknowledgement of the family's world-beating $1.9 billion dollar gift in art to the country. After all, the Deputy Prime Minister could hardly have called it a 'sale.' 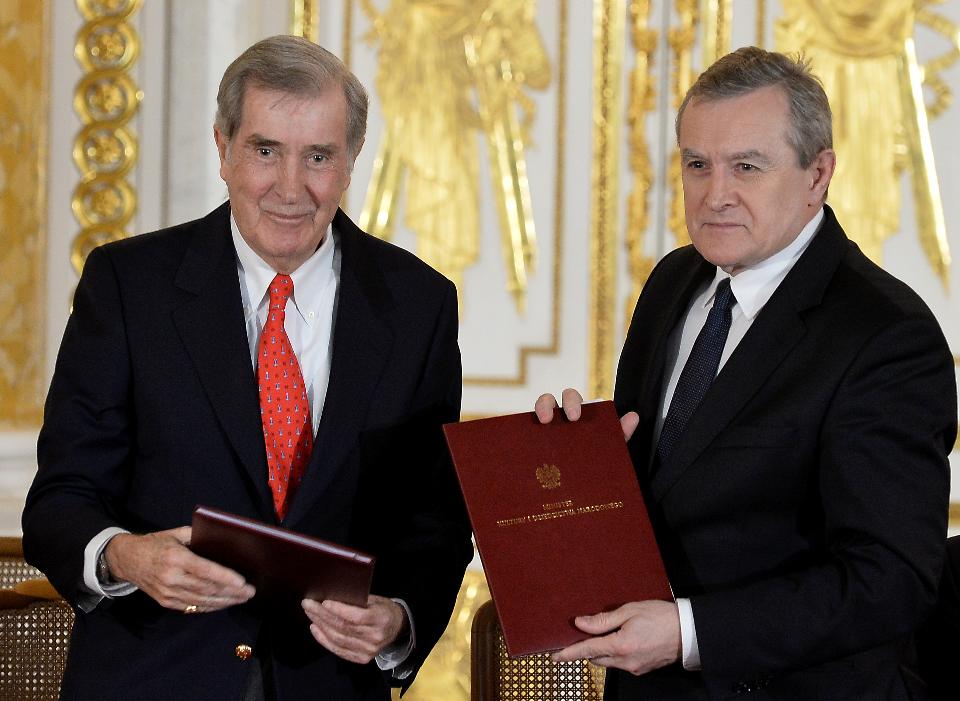 The collection, begun by the family some 300 years ago, has been violently bruited about by the winds of time and narrowly – very narrowly – survived WWII and its aftermath, which makes the final disposition of the Leonardo, not to mention the Rembrandt or the Renoirs, an earth-shattering note in the world of Old Masters. Although housed since the fall of communism by the Princes Czartoryski Foundation in Krakow, the magnanimous formality of this transfer puts a period on the epoch of uncertainty since World War II. The collection could, theoretically, have moved anywhere. 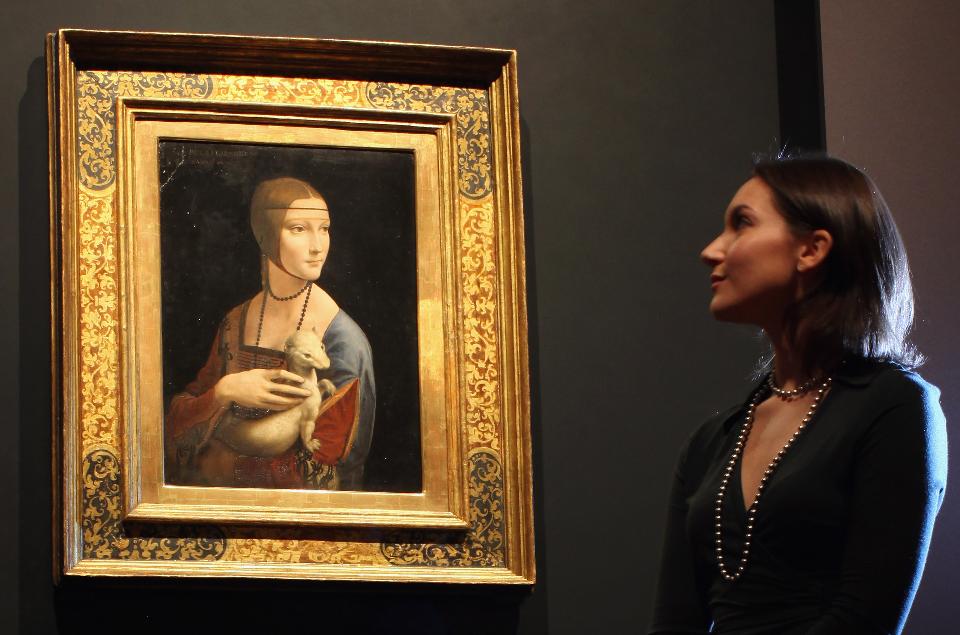 The Lady In Question: The 'Portrait of Cecilia Gallerani', (The Lady with an Ermine) here on exhibit in London's National Gallery, which brought together for the first time nine of da Vinci's fifteen surviving paintings. The National Gallery had to double their indemnity to a reported £3.3 billion in case of damage or theft.

Born in Seville in 1940 as his parents were on the lam from the Nazis (his mother was a close cousin of the Spanish royal family), Prince Adam is an unlikely Polish patriot in that he has lived very much the better part of his 77 years in exile in Spain, in London, and in Paris. His formal name in Spanish is: Adán Carlos Jesús María José Francisco de Sales y todos los Santos Czartoryski-Bórbon Krasinski y Orléans. Translated from the Polish, his name reads: Adam Karol Jezus Maria Józef Franciszek Salezy and all the Saints Czartoryski. Yes, the articles of speech are in the name presumably because there are too many saints to enumerate. Prince Adam Karol is the 14th-generation direct descendant of the line from the Grand Dukes of Lithuania – in other words, the Czartoryskis are a very old Central European family. They acquired da Vinci's Lady With an Ermine in 1798. The collection was first brought to Krakow by his great-grandfather, Prince Wadyslaw, in 1882.

Titled or not, when you're on the lam from the Nazis in war-torn Europe in 1940, it's hard to pack along 86,000 works of art – not to mention the Leonardo or the Rembrandt, highly recognizable paintings in their day. And so the Nazis feasted upon the collection – Lady With An Ermine, one of just four Da Vinci portraits of women, and thus of actually incaclulable value, even in 1940 – hung in the Krakow offices of the notorious death camp administrator and Nazi governor-general of Poland, Hans Frank. The collection was re-assembled under the Communists -- still confiscated, of course -- and in 1990, it was returned lock, stock, and barrel by Poland to the family. The Czartoryskis immediately chose to keep it in a dedicated museum in Krakow, one very bright, very positive cultural light in the town known better for its death-dealing Nazi administration and Oskar Schindler's pot factory.

This gift rather elegantly leapfrogs the vast robberies of the Nazis and the Communists at once. But in the legacy of Prince Adam Karol Czartoryski and his family, it's basically an exercise of ancestral intent – having the collection in a museum in Krakow was what his 19th-century great-grandfather wanted when he brought the collection from Paris to Poland in the first place.