He is the founder of the Neue Galerie and the Commission for Art Recovery. 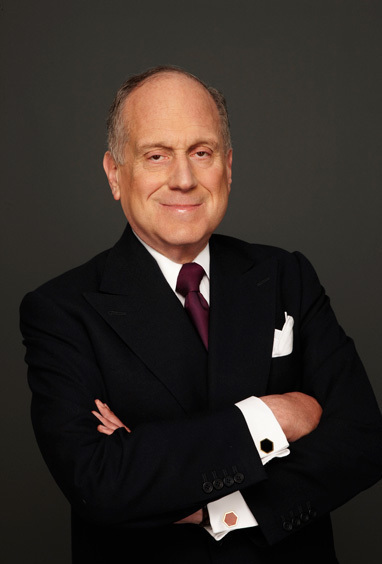 Lauder was chairman of the Museum of Modern Art from 1995 to 2005 and is now the museum’s honorary chairman. In 1997, Lauder established the Commission for Art Recovery, which fights for the restitution of Nazi looted art. In 2001, he founded the Neue Galerie in New York, of which he is president.

“We are thrilled to welcome Ronald Lauder to the Getty Board of Trustees,” Maria Hummer-Tuttle, chair of the board, said in a statement. “He brings great knowledge and experience in art history and scholarship, collecting, museum management, philanthropy, and international affairs.”

Lauder has been chairman of Clinique Laboratories since 1994 and has been member of the Estée Lauder Companies board of directors during several long periods between 1968 and today.

In 1983, Lauder became deputy assistant secretary of defense for European and NATO Affairs at the U.S. Pentagon. In 1986, President Ronald Reagan appointed him ambassador to Austria.

Upon his return from Vienna in 1987, he launched the Ronald S. Lauder Foundation, which currently runs 35 Jewish schools, kindergartens, and summer camps throughout 15 countries in Eastern Europe.

Since June 2007, Lauder has been the president of the World Jewish Congress, and he also serves as chairman of the Jewish National Fund.

“His lifelong involvement with the arts, combined with his business and financial acumen, will make him a tremendously valuable member of our leadership,” said James Cuno, president and CEO of the J. Paul Getty Trust. “He joins other Board members with international expertise, helping broaden the Getty’s reach internationally,” he added.