Did Russia meddle in recent US art theft legislation?

April
The Times of Israel 16 December 2016
By Rich Tenorio

New congressionally approved bills provide immunity from seizure of foreign works on loan in the States. As one critic alleges the Hermitage had undue influence, is it just a case of jumping on the anti-Russia bandwagon? 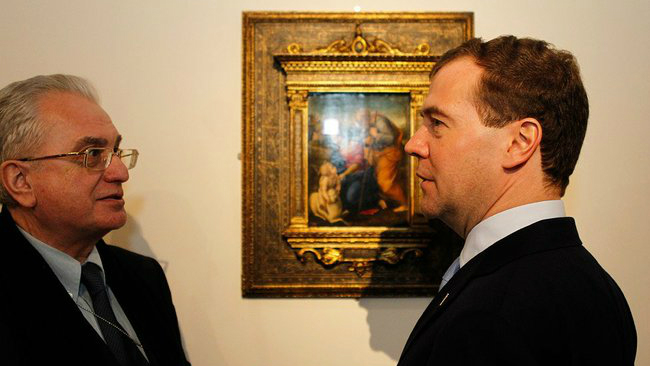 Is it time to add a US legislative bill on looted art to the list of alleged Russian influence coming out of Washington?

The Foreign Cultural Exchange Jurisdictional Immunity Clarification Act was passed by both the Senate and House of Representatives on December 10 and is now up for consideration by President Barack Obama. Opponents of the bill accuse the director of the Hermitage Museum in St. Petersburg of influencing its passage.

The bill — which was sponsored by Senator Orrin Hatch, (R-UT) in the Senate and by Representative Steve Chabot, (R-OH) in its final version in the House — would make works of art on loan for temporary display or exhibition in the US by a “foreign state that is the owner or custodian” immune from seizure by state or federal courts. The bill, however, contains an exception for artwork looted by Nazi Germany and its allies during the Holocaust.

Saturday was a busy day for bills pertaining to looted art. That same day, the House and Senate passed the Holocaust Expropriated Art Recovery (HEAR) Act, which establishes a “reset” six-year statute of limitations for claims related to art looted in the Holocaust. For art that had already fallen within a state statute of limitations, or that had been thwarted by time-related issues, the six-year statute would take effect upon the day the bill becomes law.

Both bills “are expected to be signed by President Obama shortly,” Nicholas O’Donnell wrote in the Art Law Report. O’Donnell noted, “Broad art-related federal legislation is rare, and this is an unusual moment to witness two such laws.” 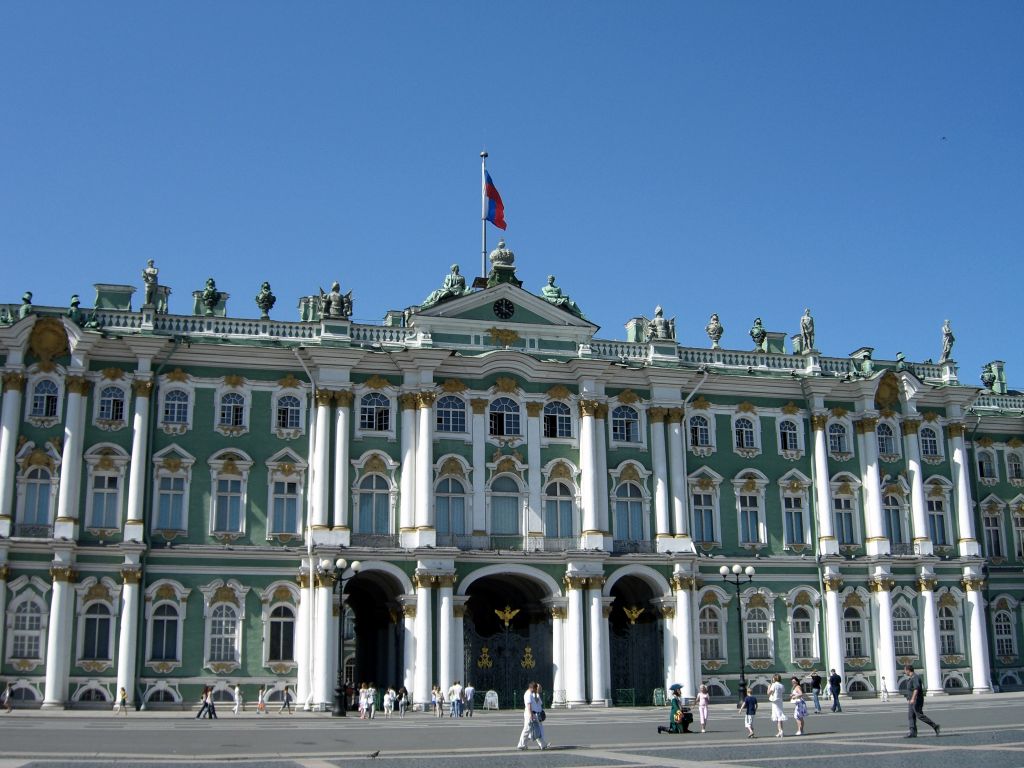 The new legislation was met with a mixed response this week. Some saw it as not going far enough to help claimants with restitution cases outside of the Holocaust.

“We appreciate that the effort was made,” Chris Marinello, CEO of London-based Art Recovery International, told The Times of Israel. “We think it could have gone a lot further. I think it’s a good start.

“[The HEAR Act] could have been a lot more inclusive, not only focusing on the Nazis, but it could have also helped Armenians and other people who have been victims of genocide recover their objects,” said Marinello.

Marinello expressed hope that the HEAR Act would “encourage claimants to come forward. A lot have been beaten down. The market’s beaten them down. It’s made it difficult for them to come forward and assert their rightful claim.”

He noted that “a lot of American and world museums are fighting Holocaust claimants over works of art and will do everything they can to retain them. A lot of families don’t have the money to fight in court. The museums know this.”

“We believe that it will have a serious negative impact on people’s claims against Russia and similar jurisdictions,” he said. “It’s an imperfect response.”

Some in the field of art restitution are taking their displeasure a step further with the Foreign Cultural Exchange Jurisdictional Immunity Clarification Act and alleging undue Russian influence.

In the wake of the bill’s passage, the Holocaust Art Restitution Project (HARP), a watchdog group founded in 1997 based in New York and Washington, sent separate letters to Republican Senators John McCain of Arizona and Marco Rubio of Florida, calling on each senator to investigate the question of Russian influence on the legislation.

HARP attorney Pierre Ciric provided The Times of Israel with exclusive copies of each letter, which were sent to McCain and Rubio Wednesday night. 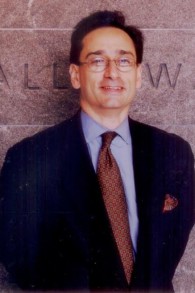 A key point in the letters is an October 2016 meeting between Mikhail Piotrovsky, director of the Hermitage, and Anita Difanis, the director of government affairs for the Association of Art Museum Directors (AAMD).

With 242 members, the AAMD is an organization of museum heads from the United States, Canada and Mexico. However, some AAMD programs, such as its upcoming Nazi-Era Provenance Workshop in June 2017, often include other international professionals.

“The exchange of works of art between countries supports cultural understanding and enables Americans to experience works that they otherwise might never have a chance to see in person. AAMD supports the recently passed legislation because it will help ensure that foreign government lenders are not discouraged from loaning works of art to American museums,” said Anagnos.

On Monday, Senator Hatch told Politico — which reported the October meeting between Piotrovsky and Difanis this week — that the AAMD was “an invaluable partner in developing this bill.” (The AAMD considers Hot Topic upcoming legislation on its website and also includes a list of Advocacy Tips.)

At the meeting, Piotrovsky “obtained direct and explicit assurances of [the bill’s] passage,” Ciric wrote.

A spokesperson for Piotrovsky at the Hermitage Museum confirmed Ciric’s statement in an email to The Times of Israel this week: “He has met Anita Difanis in October 2016 and Mrs. Difanis told him the bill would pass.”

Regarding the bill’s passage on Saturday, Piotrovsky told The Times of Israel, “I am glad that the museum’s solidarity bears good fruit.”

Tempest in a tea pot?

In fact, on December 11, McCain said, “Recent reports of Russian interference in our election should alarm every American,” in a joint statement with fellow Senators Chuck Schumer (the incoming Senate Democratic leader and a cosponsor of Hatch’s bill in the Senate), Lindsey Graham (R-SC) and Jack Reed (D-RI). 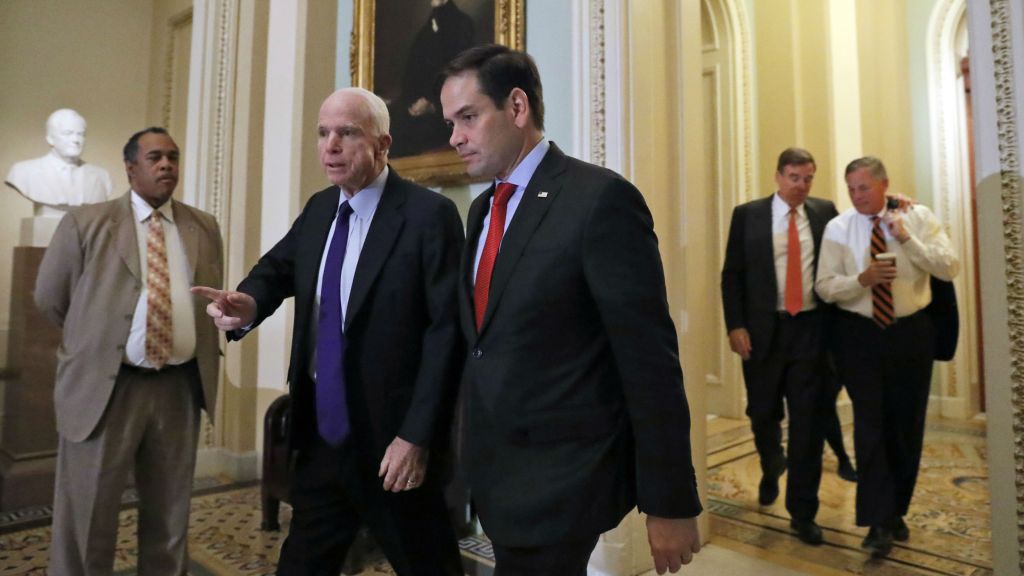 The letter from HARP to Rubio is written “[in] light of the recent concerns expressed by Senator Rubio regarding… the involvement of Russia in the US political process, and in the context of a potential investigation by the US Senate Committee on Foreign Relations,” of which Rubio is a member.

The letter from HARP to McCain references his membership on the Armed Services Committee (he is the chairman) and is written “in the context of a potential investigation” by that committee as well.

Ciric told The Times of Israel he considered referring the matter to the FBI as a potential violation of the Foreign Agents Registration Act (FARA).

“I’m not in a position to say whether it’s a FARA violation,” he said. “There are a number of regulations. It looks like certainly something to look at, something for the FBI. They would have to get a referral and a willingness to go after the AAMD.” 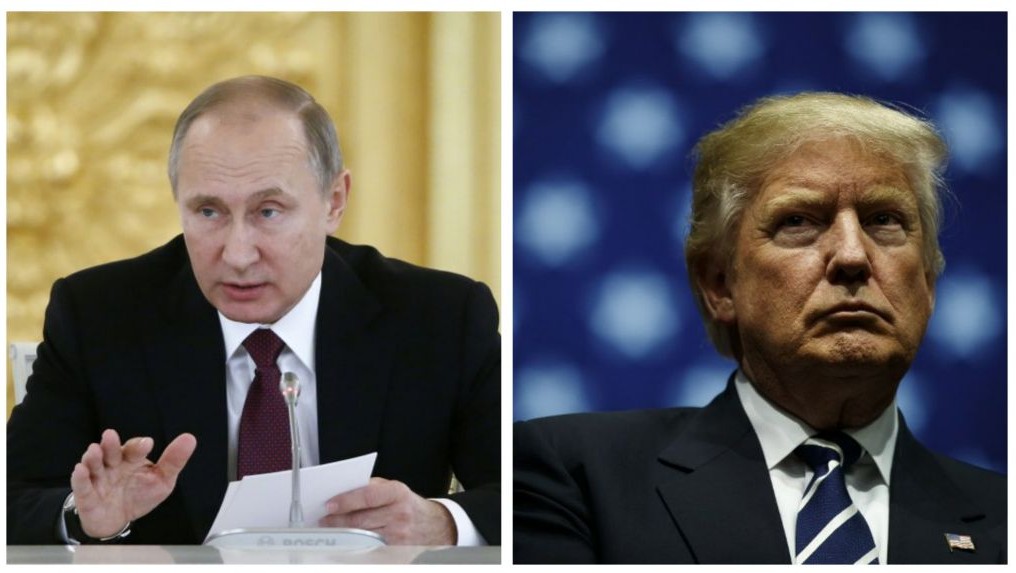 Russian President Vladimir Putin, left, delivering a speech at the Kremlin in Moscow on December 8, 2016;
and President-elect Donald Trump, right, at the DeltaPlex Arena, December 9, 2016 in Grand Rapids, Michigan.

Accusations of Russian involvement in American politics are a hot topic lately — including a recent claim that Russian President Vladimir Putin was personally involved in hacking the 2016 presidential election to the detriment of unsuccessful Democratic candidate Hillary Clinton.

However, the battle over ownership of objects between Russia and the US clearly goes beyond the election.

In 2010, a US federal court ordered Russia to send a collection of Jewish books, claimed by Chabad-Lubavitch, back to the Brooklyn-based organization after Chabad filed a lawsuit. (Chabad attorneys Nathan and Aliza Lewin did not respond to an email inquiry.)

Russia has embargoed loans of art to the US since 2011. 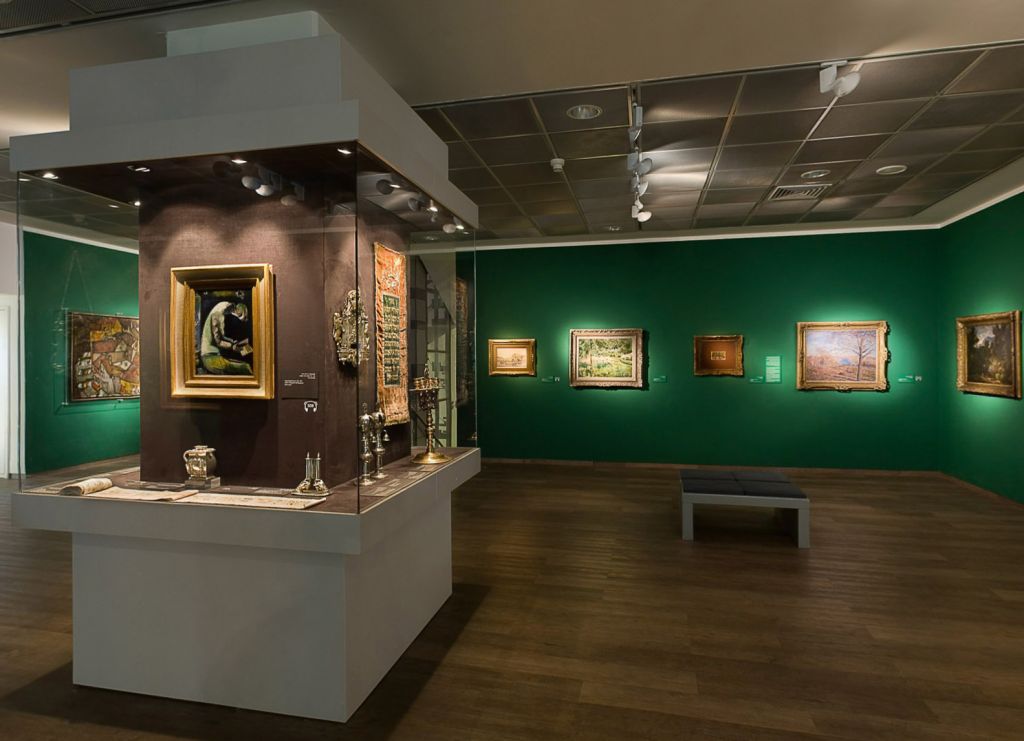 A gallery shot from the Israel Museum exhibition, ‘Orphaned Art: Looted Art from the Holocaust’

In Ciric’s letters, he also cites a 2015 New York Times article in which Piotrovsky voices concerns regarding implications of the Chabad lawsuit.

In his letter to Rubio, Ciric writes that “because the AAMD has made several attempts to pass equivalent bills to [the Foreign Cultural Exchange Jurisdictional Immunity Clarification Act] since 2011, it is perfectly reasonable to investigate whether contacts between the AAMD and the Russian government, for instance through Piotrovsky, existed since 2011.”

Four years ago, in 2012, the Senate considered Bill 2212, which HARP co-founder Marc Masurovsky called “the first incarnation” (although he did not say that AAMD backed it). 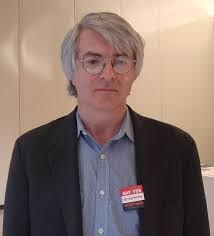 However, Masurovsky said, “It didn’t make it through. Senator [Pat] Leahy [D-VT] had a principled opposition to it. There was a broader coalition. Organizations and entities were clearly upset. It was one of those convergences.”

“This one was the last one, the successful one. In a sense, the political configuration has changed greatly since 2012,” said Masurovsky.

This new “political configuration” did not stop HARP from forming a coalition of its own, however.

Partnering with the Holocaust Remembrance and Restitution Foundation (HRRF) of Oklahoma City and the Victims of Communism Memorial Foundation of Washington, DC, the coalition contends that not only would the new bill absolve Russia from displaying looted art in the US, it would do the same for Cuba with art looted during the Cuban Revolution of 1959.

In the lead up to the bill’s passage, Oklahoma City’s HRRF wrote in letters to Cuban activist groups that the bill would doubly affect Jews who had fled Nazi Germany for Cuba as refugees between 1933 and 1945.

“Under [dictator Fulgencio] Batista’s regime, Cuba’s Jews had become successful property owners, and their property was targeted for nationalization and expropriation by the Cuban regime,” the letters read. 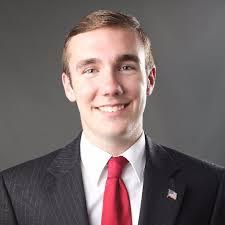 HRRF director Eric Sundby said he traveled to DC for what appeared to be encouraging meetings with senators and senators’ staffs.

“I was in a meeting for an educational program with the Victims of Communism Memorial Foundation. They were getting interested. They said, ‘Communist nations and socialist nations had the same problem. The governments stole from the people. They’re not going to get them back.’ They were just amazed at this. They hopped on board. We worked very closely together to prevent it from passage,” said Sundby.

“[The bill’s] aim is to completely immunize from suit cultural property confiscated or looted by a foreign sovereign or its agents, and subsequently loaned to a US institution,” the petition reads. “This bill will therefore explicitly recognize that all cultural property seized, confiscated or looted by the Bolshevik government, the subsequent Soviet government and by the Castro regime in Cuba, then loaned for display in US institutions will be unencumbered by claims from the victims of those regimes, thus depriving them from being heard in US courts.”

‘Communist and socialist nations had the same problem. The governments stole from the people’

However, despite the three foundations joining forces, the Foreign Cultural Exchange Jurisdictional Immunity Clarification Act, along with the HEAR Act, was passed last Saturday morning.

“We talked to as many people as we could up until [last] Friday,” Ciric said. “It was the day the budget resolution was supposed to be discussed in the Senate. We assumed on Monday morning that we would still have time, only to learn that they passed the budget bill Saturday morning. Schumer brought it into the floor.”

Ciric added, “When we found out what happened, we had called a number of different senators. We only learned of the [Hermitage] director’s trip [last] Thursday.”

He said this knowledge “triggered” HARP into creating a memo that contended that the State Department is unprepared to evaluate the origins of art loaned to the US.

Asked what he hopes to accomplish with the letters to Rubio and McCain, Ciric said, “We want to shame these guys. You are so worried about meddling by Russia in US affairs, but you passed a bill for exactly that reason.”