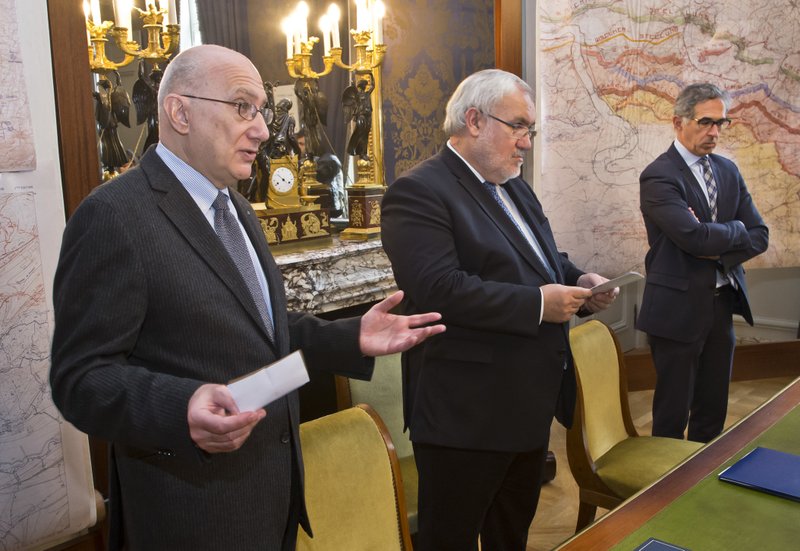 France has signed an accord to allow Holocaust museums in Paris and in Washington, D.C., to digitize the vast French World War II archives — so that the museums can more easily display information on the Vichy regime to the public.

Speaking at the Paris ceremony Thursday, France's Veterans Minister Jean Marc-Todeschini said the "rise of populism in parts of the world" means that educating the younger generation about this period is paramount.

Washington Holocaust Memorial Museum Director Radu Ioanid said that the move by the French government — to be carried out by dozens of archivists — will also help uncover more information on war criminals and anti-Semitic crimes committed in France.