German Panel Rules That a Rare Violin Was Looted by Nazis 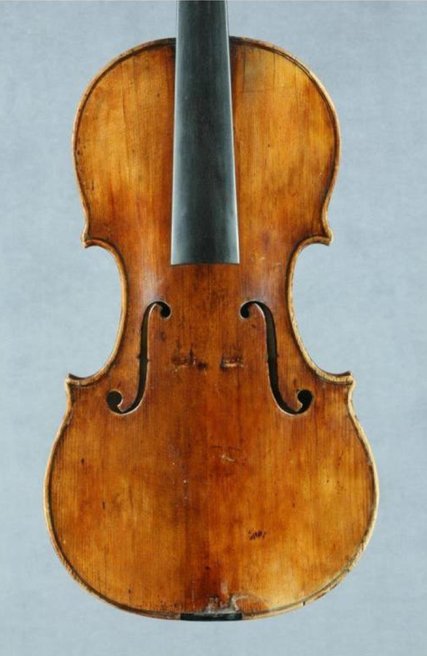 The disputed violin, from 1706


In its first ruling on a matter involving a musical instrument, a German panel established to mediate disputes over cultural objects looted during the Third Reich has decided that a Nuremberg foundation should compensate the heirs of a man whose prized 18th-century violin is thought to have been confiscated by the Nazis or lost following a forced sale.

In its decision Wednesday, the Limbach Commission said the violin, created in 1706 reportedly by Cremonese violin-maker Giuseppe Guarneri (who is known as ‘filius Andreae’), found that the heirs of Felix Hildesheimer were entitled to a remedy.

Mr. Hildesheimer, a German Jew who had run a music business in Speyer, Germany, purchased the Guarneri from Stuttgart violin dealer Fridolin Hamma in 1938. Unable to escape from Nazi Germany, Mr. Hildesheimer committed suicide in 1939 and his family’s property was confiscated.

The Guarneri violin surfaced in 1974, when it was purchased in good faith by violinist Sophie Hagemann in Cologne. She bequeathed it to the Franz Hofmann and Sophie Hagemann Foundation in Nuremberg in 2010.

When the Hildesheimer heirs, two grandsons, sought to reclaim the violin, the parties agreed to mediation before the commission, whose decisions are advisory and not binding.

In its finding, the commission valued the violin at $158,000 and recommended that the foundation compensate Mr. Hildesheimer’s grandsons for two-thirds of its value, but retain the violin for use and performances at the University of Music in Nuremberg and in Speyer.

The commission found the heirs’ claim had merit because Mr. Hildesheimer was the last known owner of the violin before it vanished and because he and his family had suffered Nazi persecution, despite gaps in evidence regarding exactly what had happened to the instrument.

The Holocaust Claims Processing Office of New York, which advocates for the restitution of property confiscated during the Nazi era, represented the two Hildesheimer heirs in the efforts before the German panel.