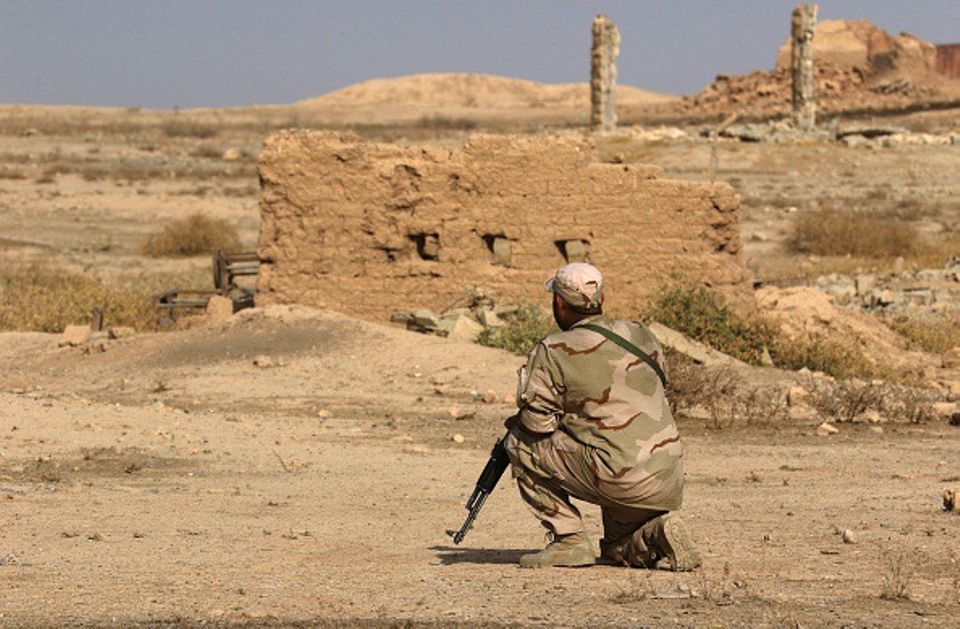 An Iraqi soldier looks at destruction caused by Isil at the archaeological site of Nimrud, some 30 kilometres south of Mosul in the Nineveh province, which was recaptured by Iraqi forces on 13 November

The French government will join an international treaty aimed at strengthening protection for cultural heritage in war zones, 17 years after it was adopted in the Hague. The move was officially announced yesterday (30 November), on the eve of an international conference convened by France and the United Arab Emirates in Abu Dhabi to look at ways of countering terrorist attacks against culture and art trafficking in the Arab world.

France, as well as the US and the UK, were among those who initially rejected the Second Protocol to the Hague Convention of 1954 for the Protection of Cultural Property in Armed Conflicts, which was adopted in 1999 under UNESCO’s auspices but came under fire from defence authorities. In fact, only 37 nations signed it at the time, including Germany, Italy, Spain, Cambodia, Syria and Yemen. Canada, Japan, Bosnia-Herzegovina, Guatemala, Honduras, Iran, Libya, Mali and Saudi Arabia joined later.

The turnaround in France’s position came after the attacks by Isil extremists on the Mosul Museum and the ancient city of Nimrud. President François Hollande publicly denounced the campaign of destruction in March 2015 and commissioned a report on how it could be stopped from the director of the Louvre Jean-Luc Martinez. Ratifying the Second Protocol was one of his recommendations.

This additional protocol was adopted after wars in the Gulf and the Balkans highlighted the limits of the 1954 Convention. It extends protection of cultural property in the case of civil wars and widens the criteria for special immunity to exceptional places such as Windsor Palace, the Louvre, the Château de Versailles or the Taj Mahal. Under its provisions, states that are party to the convention and its protocols must widely disseminate the principles of protection of all cultural sites, train their military forces accordingly and plan emergency measures to protect historical buildings and remove collections in case of conflict.

The Second Protocol also imposes strict conditions on the use of "imperative military necessity" to waive protection of a historical site such as a fortification or bridge if it is being used by armed forces. Any decision to attack such a site must only be taken by "the highest level of command" after "effective advance warning", leaving "reasonable time to the opposing forces" to leave. These provisions were initially criticised by Western military powers, who were also concerned by a detailed list of violations that could lead to criminal charges.