Is the destruction of cultural property a war crime?

The first prosecution at the International Criminal Court for destroying cultural heritage has led some to wonder if trying war crimes against people should take precedence. Is this criticism justified? 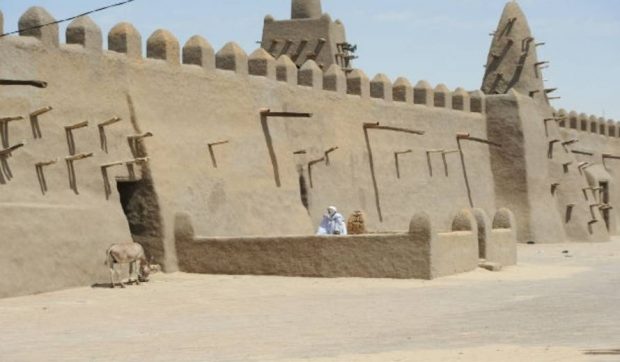 On 27 September 2016, the International Criminal Court, or ICC, convicted Ahmad Al Faqi Al Mahdi of intentionally directing attacks against religious and historic buildings in Timbuktu, Mali during the 2012 occupation by Ansar Dine and Al-Qaeda in the Islamic Maghreb. As a leader of the Hisbah, or the Manners Brigade, Al Mahdi ordered attacks on mosques and shrines with pickaxes, chisels, and heavy machinery. His actions were a war crime under the Rome Statute – the international law establishing the ICC – and his conviction was never in real doubt. Al Mahdi confessed at his August trial, accepting his guilt and seeking forgiveness. In exchange for his plea, the prosecution and defence agreed to a recommended prison term of nine to 11 years. The ICC sentenced Al Mahdi to nine.

It was the first case at the ICC arising from the 2012 Mali conflict. It was the first time that an ICC defendant pleaded guilty. And it was the first time that the ICC had brought a war crimes charge against a defendant for the destruction of cultural sites. Hailed by UNESCO and heritage experts around the world, the Al Mahdi verdict transcended the Mali conflict. It offered hope that those responsible for civil war-related damage to Syria’s cultural heritage might one day be held accountable in a legal forum.

Among some humanitarian groups, the response to the Al Mahdi verdict was far more tepid. Amnesty International and the International Federation for Human Rights expressed some public reservations that the ICC had advanced his case while other crimes, such as the murder, rape, and torture of civilians, had not received the same degree of attention. Their criticisms assumed that an ICC prosecution approaches a zero-sum game, and that legal resources committed to cases like Al Mahdi’s are lost to other potential prosecutions.

It is a settled principle in international law that the deliberate targeting or plundering of religious, historic, and cultural sites is prohibited during war. The American Civil War established the precedent. In 1863, at the height of the conflict, Abraham Lincoln commissioned German-American legal theorist Francis Lieber to draft general legal guidelines for the Union Army’s operations. The ‘Lieber Code’ and its proscription of the seizure and destruction of what we now call ‘cultural property’ was incorporated into the Brussels Declaration of 1874 and the Hague Conventions of 1899 and 1907. Violations of these principles in the First World War led to calls for a new treaty, which were interrupted by the Second World War.

Nazi Germany’s cultural plunder during the Second World War made it clear that international laws needed reinforcement. The Nuremberg Trials set a strong precedent: Alfred Rosenberg was tried and convicted of war crimes and crimes against humanity for organising the Nazi looting operation. In 1954, the Hague Convention for the Protection of Cultural Property in the Event of Armed Conflict codified the lessons of the Second World War into a new law of war treaty, which forms the framework for our current understanding of cultural destruction as a war crime.

Prosecutors have discretion in the cases that they bring, but the law of war is clear about accountability in cases of cultural destruction. The International Criminal Tribunal for the former Yugoslavia prosecuted and convicted those responsible for the intentional shelling of the Old City of Dubrovnik in Croatia, a UNESCO World Heritage Site. The ICC has the same legal authority, and prosecutors chose to exercise it in the Al Mahdi case.

But a legal justification is unsatisfying when comparing crimes committed against human life and culture. As much as we value art and heritage, our heartstrings are pulled toward the judicial protection of life and dignity, if we are forced to choose. For the perpetrator, however, there are different considerations. Those who intend to do civilians harm have two goals: to eliminate that population and to remove any material evidence of that people’s existence. Mass killing and cultural destruction are simply two different stages in the same violent process of ethnic cleansing and genocide. If we consider the intent of violence against civilians, then the division collapses between crimes against human life and crimes against culture. Present-day oppressors and terrorists do not see this distinction in their actions. Neither should we.

Deputy director of Bosnia-Herzegovina Heritage Rescue (1994–98) and the author of Bosnia and the Destruction of Cultural Heritage.

The indictment and conviction of Ahmad Al Faqi Al Mahdi at the International Criminal Court (ICC) for the intentional destruction of nine mausoleums and a mosque in Timbuktu (a UNESCO World Heritage Site) has prompted jubilation, qualified approval, and condemnation in equal measure. This was the first ICC prosecution to deal solely with the deliberate destruction of historic monuments, in this case as a war crime committed during a state of armed conflict in Mali.

The condemnation from commentators like the Guardian’s Jonathan Jones appears to stem from a perception that the ICC judgement somehow sets crimes against cultural property on a level with crimes against people, and that this is morally repugnant. These commentators opine further that it is wrong for cultural destruction to be considered a war crime at all.

This hollow argument was last made loudly during the destruction of cultural and religious heritage in the 1992–95 Bosnian War. Yet from the razing of hundreds of mosques (and not a few churches) during campaigns of ethnic cleansing, to the targeting of structures that symbolised Bosnia’s historic pluralism (like Sarajevo’s National Library and Mostar’s Old Bridge), the reason behind this destruction was more than clear to victims, observers, and perpetrators. This was the purposeful destruction of identity and memory, destruction defined by the United Nations as war crimes and crimes against humanity.

The systematic violations of the Geneva Conventions and international humanitarian law in Bosnia-Herzegovina – including the destruction of cultural and religious property – led in 1993 to the establishment of the International Criminal Tribunal for the former Yugoslavia (ICTY) by the United Nations. Like the Rome Statute of the ICC, the ICTY Statute gave direct protection to cultural property.

In some respects this was nothing new – the intentional destruction of cultural and religious property during armed conflict has been deemed a war crime in international law for over a century. While the 1954 Convention for the Protection of Cultural Property in the Event of Armed Conflict is now regarded as the key treaty in this sphere, the earlier 1907 Hague Convention, one of the first multilateral treaties to codify the conduct of war in international law, declared such destruction a war crime.

However, a growing trend since the Second World War has been the integration of human rights into international law and recognition of the need for justice for victims of human-rights abuses, their right to redress, and to punish those who commit or have command responsibility for abuses. The prosecutions of the ICTY were to become an important testing ground, clearly revealing the vital linkage between cultural heritage and identity. The ICTY’s landmark convictions helped to define such destruction not only as a war crime in itself (like the bombardment of the World Heritage Site of Dubrovnik) but as a manifestation of persecution and an aspect of genocide. It was to prosecute these types of crimes and to establish individual responsibility for such offences that the ICC was founded.

Human-rights organisations commenting on the Al Mahdi case have all agreed that the intentional destruction of cultural property during armed conflict is a war crime. While some wished the indictment had been widened to include other war crimes, others gave unqualified support. The conviction of Ahmad Al Faqi Al Mahdi, said Human Rights Watch, sent ‘a clear message that attacking the world’s historical treasures will be punished’. Mark Ellis, chief executive of the International Bar Association and a war crimes expert, observed: ‘Destruction of cultural heritage is not a second-rate crime. It’s part of an atrocity to erase a people.’

As we witness the continued intentional obliteration of cultural and religious heritage during armed conflicts in many parts of the world as part of concerted attempts to wipe out diversity, particularly in Syria and Iraq, the ‘moral’ outrage expressed in some quarters that cultural destruction should not be considered a war crime is worrying.