Iranian authorities haven’t allowed the paintings to leave the country. 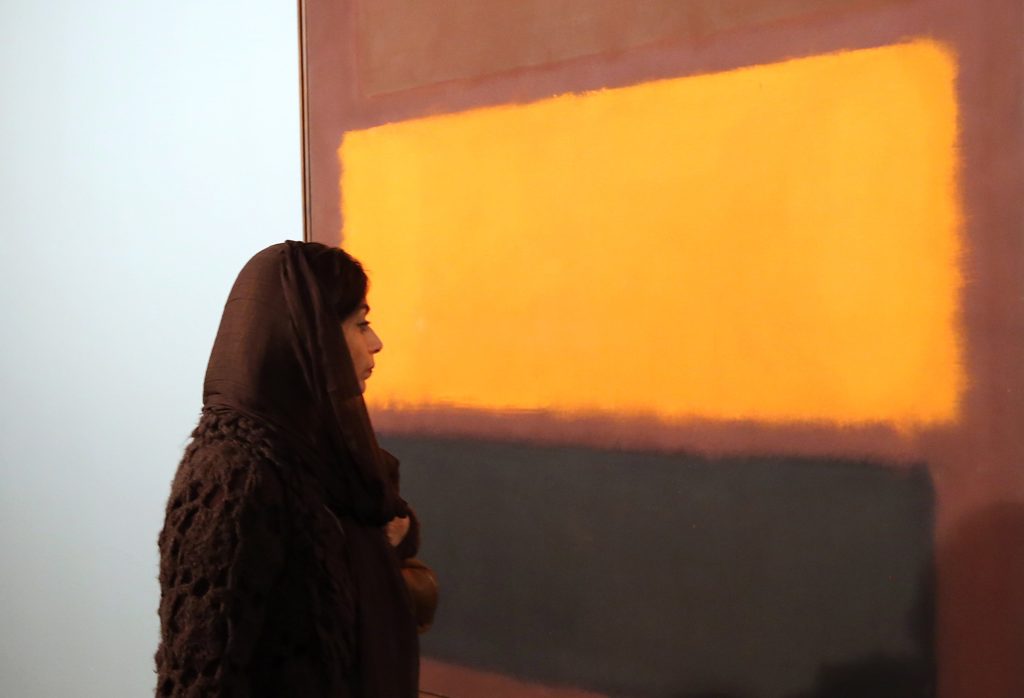 An Iranian woman walks by a painting titled "Sienna, Orange black on Dark Brown" by American artist Mark Rothko during the opening ceremony of an exhibition of modern art at Tehran's Museum of Contemporary Art (TMOCA) on November 20, 2015.

After facing many hurdles—including delays due to political complications—an exhibition of about 60 artworks from Tehran’s Museum of Contemporary Art (TMoCA) scheduled to go on view in Berlin next week has now been postponed indefinitely.

Despite its slated opening on December 4 at Berlin’s Gemäldegalerie, Iranian authorities have failed to allow the works to leave the country, leaving a stream of questions in their decision’s wake.

“We are ready and waiting to open the exhibition, but the paintings are still in Tehran,” a spokeswoman for the Prussian Cultural Heritage Foundation (SPK), which negotiated the loan, told the Guardian.

“We had signed contracts with the TMoCA and relations are on a good footing, but we are told someone needs to give the green light for the artworks to leave Tehran, and that signature is still missing, though the current signals we’re getting indicate we’ll get them soon,” she added.

When they might receive the green light remains mysterious, and Germany is losing its patience. “We will not postpone this three, four, five times,” Hermann Parzinger, president of the SPK, told Die Zeit. “There are limits.”

“Even now we still don’t know which works are meant to be sent [to Berlin],”Leili Golestan, a prominent gallery owner based in Tehran, told the Guardian. “Why so much secrecy? The authorities have not been transparent about this at all.”

The collection originally destined for Berlin is extensive in covering different periods of art history, including French impressionism and American pop art, and is renowned as being one of the most impressive collection of modern art anywhere outside Europe and the US.

Among the paintings that were due to go on view were Jackson Pollock‘s Mural on Indian Red Ground (1950) and Francis Bacon‘s triptych Two Figures Lying on a Bed With Attendants (1968). Also included were 30 Iranian artworks by Faramarz Pilaram, Behjat Sadr, and Mohsen Vaziri Moghaddam.