Looted Constable returned by Tate heads to auction at Christie’s

Heirs of Hungarian baron are selling Beaching a Boat, Brighton 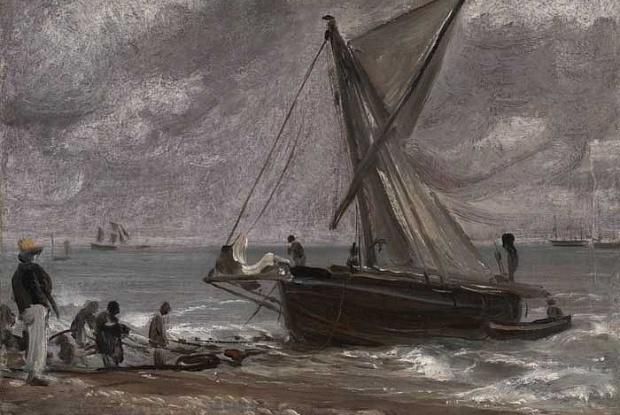 A John Constable oil painting deaccessioned by the Tate as Nazi-era loot is coming up for sale at Christies, London on 8 December, with an estimate of £500,000-£800,000. Entitled Beaching a Boat, Brighton (1824), it is being sold by the heirs of Baron Ferenc Hatvany.

The Constable painting had been donated to the Tate in 1986 by a Mrs P.M. Rainsford. There was then a gap in its provenance from 1908 to 1962. A few years ago a Nazi-era claim was made by the Hatvany heirs and in March 2014 the UK’s Spoliation Advisory Panel recommended that the painting should be returned. Soon afterwards, the Tate took the unusual step of asking the panel to consider further evidence, but in September 2015 its original decision was confirmed. The Tate handed over the Constable earlier this year.

The provenance given by Christie’s states that the painting had been acquired by Hatvany in 1908 and was “looted after the German invasion of Hungary in 1944”. In 1942, when Budapest was threatened by Allied bombing, Hatvany had put the Constable (along with other works) in the vaults of the Hungarian General Credit Bank, from where it was later looted. In 1947 Hatvany fled to Paris, to escape the communists, and he died in Lausanne in 1958. He had four children and it is their descendants who lodged the recent claim. With an upper estimate of £800,000, the Constable is among the most valuable of the 20 cases considered by the Spoliation Advisory Panel.