The National Gallery in London is vigorously contesting a legal claim in a New York court over ownership of Matisse’s Portrait of Greta Moll (1908). The heirs of the sitter argue that the painting was misappropriated in the aftermath of the Nazi period. 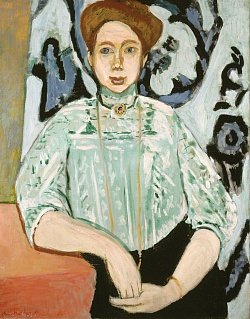 Gabriele Finaldi, the gallery’s director, tells The Art Newspaper that it is “not a Nazi-looted art case”, since the Matisse remained in Moll’s possession until 1947. He points out that the UK’s Spoliation Advisory Panel was unable to consider the case because its Nazi-era mandate ends in 1945. Finaldi is confident that the gallery has “rightful ownership” of the work, which is currently on display.

Moll and her husband Oskar, who were both Berlin-based painters, had faced criticism by the Nazis for their “degenerate” art. After the war, in 1947, Moll handed over the Matisse to a friend, Gertrud Djamarani, who had agreed to take it to Switzerland, where she ended up leaving the picture as collateral for a loan. The Matisse passed through various hands and was eventually bought by the National Gallery for £450,000 in 1979. At that time there was less concern about provenance than there is now and few questions seem to have been raised about how the picture had left Moll.

David Rowland, the New York lawyer acting for the three Moll claimants, says it is “improper for public museums to hold misappropriated/stolen artworks”, particularly for art “lost in the Nazi-era and its immediate aftermath”. He values the Matisse at over $30m.

Rowland has lodged a claim with the Southern District of New York court on behalf of the heirs. Finaldi, however, believes that the case should not be brought in New York. “The National Gallery is in London, the picture was acquired from a dealer here, and none of the heirs live in America,” he says. Finaldi adds that the gallery will be calling for the case to be dismissed over “jurisdictional issues”. Hannah Rothschild, the chairwoman of the gallery, promises that the trustees “will robustly defend this action on behalf of the British public”.