The Bavarian Culture Ministry is coming under fire for failing to restore art stolen during the Third Reich. That includes cases in which works looted from Jews were sold back to the heirs of Nazi thieves. 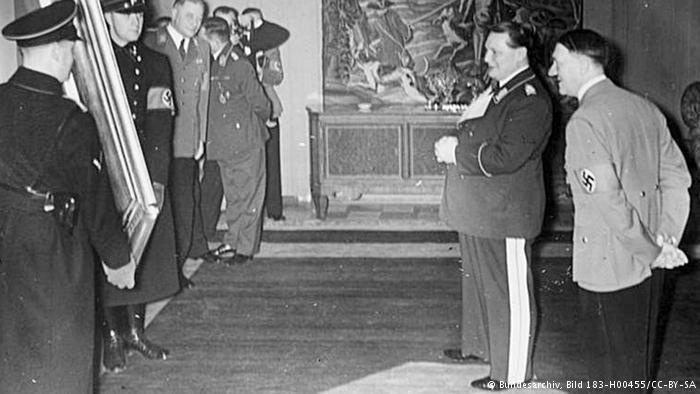 On Wednesday, Bavarian Culture Minister Ludwig Spaenle confirmed to the state parliament that after World War II Bavaria had indeed auctioned off works of art taken from their rightful owners during Nazi Germany.

Spaenle's statement came in response to queries from parties across the political spectrum and addressed issues raised this summer by the Munich newspaper "Süddeutsche Zeitung" (SZ). In June, the newspaper reported that looted works of art, which the Allies had given back to Bavaria for the purpose of restitution to their rightful owners in 1949, had sometimes been integrated into regular Munich museum collections. Some works were even sold back to the heirs of prominent Nazis, including Hermann Göring.

Spaenle acknowledged that insufficient research into the provenance of art works had been done in the past. He said that a Bavarian government-commissioned study in 2012 identified 890 works of dubious origin still in the possession of Bavarian institutions. He added that that 45 percent of these works had been investigated and that, of them, 55 percent had now been listed on websites devoted to publicizing potentially looted art.

But critics say that Bavaria is not doing nearly enough. The author of the SZ report, Jörg Häntzschel, called the southern German state's efforts in this regard "half-hearted" and "sluggish."

"The process is so slow that if they keep up at this pace it will take a hundred years," Häntzschel told DW. "The people who were directly robbed by the National Socialists are dead, and now the second generation is dying."

And the works identified in the 2012 study represent only those works currently in the possession of Bavarian museums, not the thousands of works American troops originally put in Bavarian custodianship almost 70 years ago. 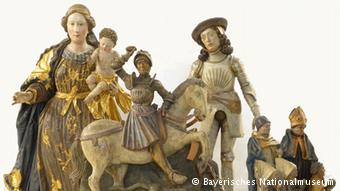 This work in the Bavarian National Museum came from Göring's collection

The Bavarian government has issued international pledges to facilitate the return of stolen or looted art to its rightful owners, but detractors say that the leadership in Munich hasn't actually restored very many of the works that were stolen.

"The Bavarian State Painting Gallery signed the Washington Conference Principles on Nazi-Confiscated Art in 1998, but even though they have in their possession some 5,000 suspicious works, they've only returned 12 of them," Green Party deputy to the Bavarian state parliament, Sepp Dürr, told DW. "They talk and talk, but they never do anything."

Bavaria has begun publicizing works of art whose provenance is in question on the Internet. But the London victims' advocacy group Commission for Looted Art in Europe (CLAE) says that falls far short of facilitating actual restitution. CLAE says that those with a legitimate claim to ownership shouldn't be tasked with the arduous process of finding their property.

Webber says that since 2011 her organization has been asking the Bavarian government to provide information about everything from how many works of art have been returned to the families of Nazi leaders to what the status of potentially looted art works is or how the government plans to find out what happened to many valuable art works that have gone missing. She says up until now no satisfactory answers have been provided. 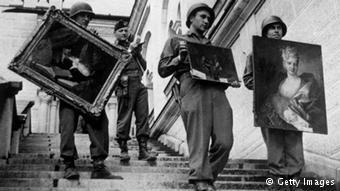 US soldiers entrusted the Bavarian government with restituting stolen art

The topic shot to international prominence in 2013, when it became known that 1,280 works had been seized in the Munich apartment of aging art collector Cornelius Gurlitt, whose father had close connections with prominent Nazis. Dürr points out that since then the task force assigned to deal with that "treasure trove" has only succeeded in making two restitutions.

Victims' advocates criticize the Bavarian government for not working with independent experts and for restricting access to important documents at the Bavarian State Painting Gallery.

"They say that the archive is open and accessible but actually the process to access it is complicated, and researchers cannot freely search it," Webber told DW. She also criticizes the practice of posting information on German-language websites that often have only rudimentary English translations.

Häntzschel thinks that one problem may be institutions' desire to hang on to works that may have been obtained illegitimately.

"It's a bit like VW with the diesel scandal," he says. "At first they say: Nothing's wrong. Then they say: Okay, we admit we did this and that. But the matter is never really cleared up. They say it's very important, but ultimately they don't want to clear up this issue. Clearing it up would just cause problems because art works would have to be given back." 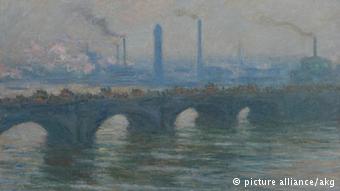 This Monet was part of the Gurlitt collection

Spaenle told parliament that Bavarians were tackling the issue of looted art with "great commitment and success," although he acknowledged that "much remains to be done." Critics say that the southern German state needs to undergo a fundamental change of mentality.

"The most shocking thing is not that they stopped doing research but that they handed over works to relatives of the perpetrators on the flimsiest of pretenses," Dürr told DW. "Try to get a work back from a restitution authority in Bavaria, and you'll find that it's very difficult. Nonetheless the municipal painting collection and the minister act as if everything was on the up and up. Instead of condemning the practice the minister just reported about it. I think that's not right."

Most big German cities face the problem of how to deal with past injustice as it affects their municipal art collections. But for historical reasons, Munich is a particular focus of attention.

"At the end of World War II, a conspicuous amount of Nazi-confiscated art was in Bavaria," Häntzschel explained. "Bavaria was the capital of the Nazi movement, and a lot Nazi bigwigs came from Bavaria. Göring, for example, had his stolen art works shipped from near Berlin to Bavaria because he thought they were safe here."

So Bavaria's problem with looted art looks unlikely to disappear any time soon.