The measure would protect foreign artworks from legal claims in the U.S., essentially undoing a court decision that museums say has made it harder for them to get access to foreign works.

A Senate panel unanimously approved a bill today that critics say has an unlikely beneficiary: Russia.
The Foreign Cultural Exchange Jurisdictional Immunity Clarification Act passed the Judiciary Committee without opposition Thursday. The bill would protect foreign works of art on loan to American museums from lawsuits that claim they were wrongfully taken. 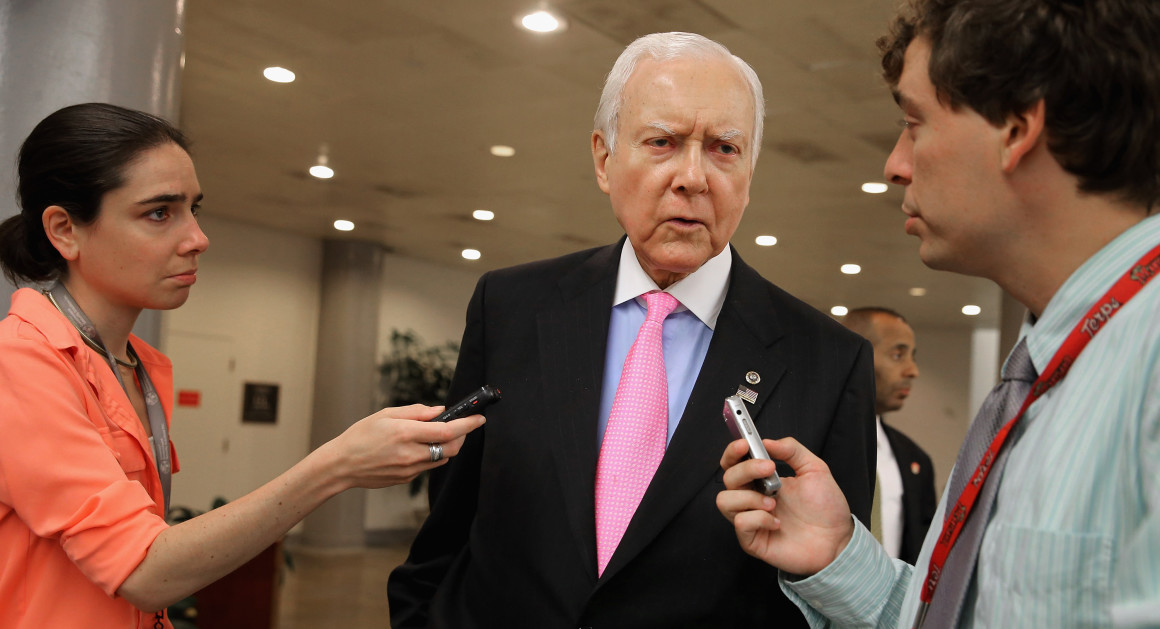 The bill, sponsor Orrin Hatch of Utah says, cleans up a 2007 court decision that allowed people to sue in U.S. courts to get possession of foreign governments’ artworks they say were stolen. That decision, museum directors say, has made foreign governments reticent to loan their works to U.S. museums, fearing they won’t get them back.

A version of the same measure already passed the House and first surfaced in 2012. The Senate version cleared Thursday was referred to the full Senate for a vote.

Opponents of the measure, however, warn the real beneficiary would be Russia, which has more than 500,000 pieces of expropriated artwork and rare books that they consider national treasures, according to Marion Smith, executive director of the Victims of Communism Memorial Foundation. Some of the art and artifacts became government property during the liberation of Europe during World War II, and others were seized during the Bolshevik Revolution.

It would be a propaganda coup for Russia to be able to display these works in American cultural institutions, he said.

“This bill may be siding with them,” Smith said.

Russia has frozen loans to American museums until the risk of seizure is resolved, according to Pierre Ciric, a lawyer for the Holocaust Art Restitution Project.

The bill includes a carve-out for Nazi-looted art, but it might be read narrowly in court, Ciric said.

There is already a way for the State Department to shield lent artworks from lawsuits, under the Protection from Seizure Act. But a 2007 court decision determined that a different law, the Foreign Sovereign Immunity Act, made the objects fair game because displaying them in a museum was a commercial activity.

In that case, Malewicz v. City of Amsterdam, the descendants of Russian artist Kazimir Malewicz later settled with Amsterdam’s Stedelijk Museum after claiming 14 of the artist’s works lent to the Guggenheim in New York and the Menil Collection in Houston had been illegally seized 50 years earlier.

Russia stopped lending works to the U.S. in 2010 after the Chabad sect of Judaism won a U.S. lawsuit over 40,000 books and manuscripts. Chabad had originally sued for the archive in Russian court but lost.

Hatch said it first came to his attention because the art museum at Brigham Young University was denied loan requests for an exhibition on Islamic art. He thanked the Association of Art Museum Directors as an "invaluable partner in developing this bill" and entered their letter supporting the bill into the official record. (The Association of Art Museum Directors didn't answer requests for comment.)

“The problem is obvious: lending art for exhibition could expose a foreign government to a lawsuit over art and cultural objects still in the possession of that government,” Hatch’s office wrote in a fact sheet distributed to other senators and obtained by POLITICO. “Individual art museums, and the Association of Art Museum Directors, report that this confusion is a disincentive for foreign governments to lend art for exhibition in the United States.”