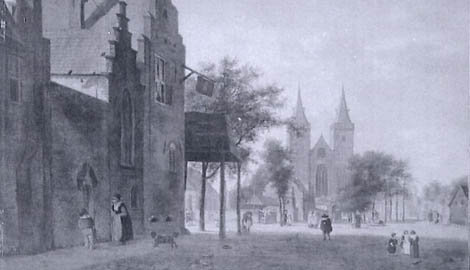 The government of Bavaria, a federal state of Germany, will publish a report on works of art from the collections of Nazi leaders that were returned after the war to high-ranking Nazis and their families rather than their original owners.

Some of the 2,500 such works handed to Bavaria by the US after the war were looted, but while victims’ families’ claims to the works were being rejected, the paintings were being returned to the families of high-ranking Nazis through an official government process.

The issue came to light following research by the London-based Commission for Looted Art in Europe (CLAE), which found that the returns happened with the collusion of the management of the State Painting Collections and the state government.

The co-chair of the CLAE, Anne Webber, said: “We welcome the swift action taken by the Bavarian Parliament and the seriousness of their response.

“We look forward to a speedy, transparent and comprehensive investigation of these transactions and the way they have been concealed.

“The investigation must include clarification of the provenance of the artworks so that the rightful owners of any works that were looted can be identified and assured of restitution or compensatory justice.

“The Bavarian government must also ensure that all documents from the State Paintings Collection and other relevant government bodies are published and made fully accessible.”

The CLAE is also calling for a single, fair, transparent and accountable claims process that applies to all collections throughout Germany, at both federal and state level so that families can be confident that their claims will be dealt with justly.

Among the CLAE’s findings was that a painting attributed to Dutch Old Master Jan Van der Heyden, which was seized from the collection of Gottlieb and Mathilde Kraus in 1941, was then returned in 1962 to Henriette Hoffmann-von Schirach, the daughter of Hitler’s photographer, Heinrich Hoffman, and wife of Baldur von Schirach. Von Schirach was condemned at Nuremberg for crimes against humanity for the deportation of 60,000 Austrian Jews.

The painting was sold in 1963 to the Dombauverein, the Catholic Cathedral Association of Xanten, Germany, for 16,100 Deutsch Marks. In a 2012 letter, the chairman of the Dombauverein told the Kraus family that it had no obligation moral or legal, to return the painting.

Following the intervention of the CLAE, the chairman issued a statement acknowledging the history of the painting and of the family, and saying it is now willing to return the painting.

“We are still working on it,” said Webber, “but it is clearly a step forward.”

The Bavarian government report is due in October.