Calls for greater transparency in the way German institutions deal with Nazi-looted art should be extended to the country’s art and antiques trade, the Commission for Looted Art in Europe has said.

The body which promotes the identification and return of looted cultural property is demanding key changes to the way Germany handles research and restitution, and the organisation’s co-chair Anne Webber told ATG that these issues also had “important implications” for the trade.

“Works may now be appearing on the market that were restored to the wrong people between 50 and 70 years ago,” said Webber. “We’re calling on German authorities to publish a full list of problematic works to protect both the rightful heirs as well as current day collectors and the market.

“There needs to be a full accounting of where works went. Auction houses and dealers who dealt with these paintings in the past, need to be open with their records so people know where looted works ended up. We’re all aware of client confidentiality issues in the commercial art world, but people should know this problem exists and understand the risks that lack of disclosure brings to the trade and to justice.”

The latest controversy over Nazi looted art came about after the CLAE released details of their attempts to recover 160 paintings for the family of Viennese collectors Gottlieb and Mathilde Kraus who fled from the Nazis in 1938. Their collection was kept in an apartment in the Austrian capital which was looted by the Gestapo in 1941.

So far, only six works have been recovered – all from Austria in 2004. 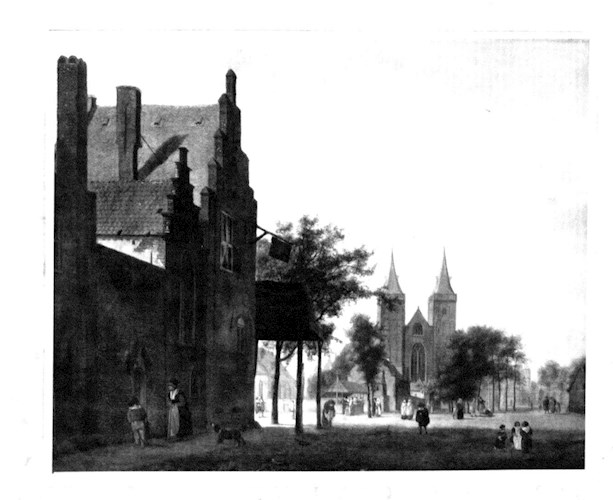 An image of ‘View of a Dutch square’ by Jan van der Heyden (1637-1712), one of the paintings currently held in a German institution that the Commission for Looted Art in Europe is seeking to be restored to the family of Viennese collectors Gottlieb and Mathilde Kraus. Now in the possession of the Cathedral Church Association of Xanten, negotiations for a settlement have so far been unsuccessful. The only image of the painting available came from the collection album of Adolph Hitler’s photographer Heinrich Hoffmann.

The CLAE claimed that works from the Kraus collection were among those seized from Jewish collectors that were later given back to high-ranking Nazi families after the Second World War rather than their rightful owners.

Families including those of Hermann Goering and Martin Bormann negotiated directly with the Bavarian State Museums and Ministers in the Bavarian government to receive back looted works while the real victims had their claims thrown out, it said.